“Do you hear that, Mr. Anderson?  That is the sound of inevitability.”

Stop me if you’ve heard this before.  The Cleveland Cavaliers and Golden State Warriors are meeting once again in the NBA Finals.  This is the fourth straight time the Finals will feature such a match-up and marks the first time this has ever happened in this history of the four, major professional sports.  It had to happen sometime, right? 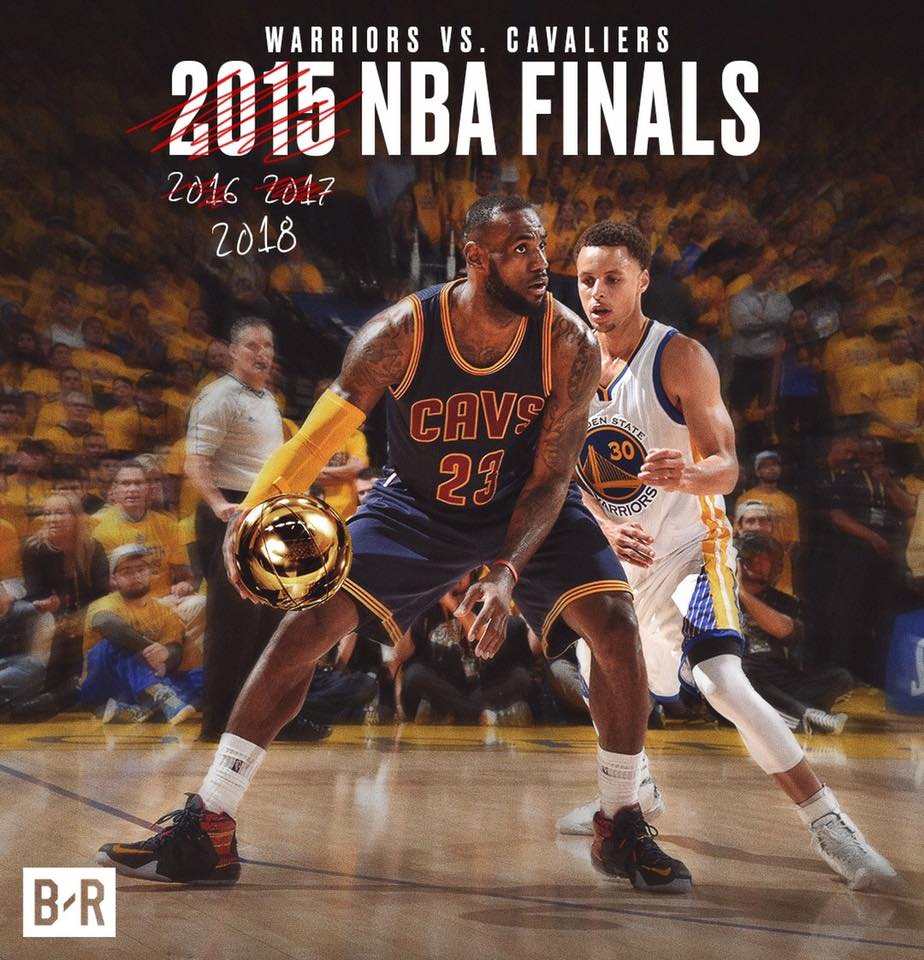 This re-re-re-rematch should come as no major surprise unless, of course, you’ve actually been paying attention.  Had you bet this matchup at the beginning of the season, you couldn’t have made much money.  Both teams were the odds-on favorites to do just what they ended up doing.  But after the seasons both Cleveland and Golden State had, with neither locking up the top seed in their respective conferences, and Cleveland struggling mightily for much of the season, getting to these Finals was a far different path than these two teams have taken in years past.

In their respective conference finals, both Cleveland and Golden State were down three games to two and forced a road Game Seven.  Golden State was down by double digits in both Games Six AND Seven.  Not to mention the trials, tribulations and injuries of a grueling, regular season.

Nevertheless, here we are.  Meet the new bosses; they’re the same as the old ones. 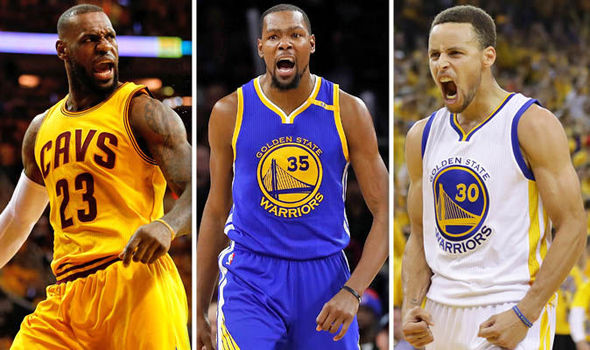 Watching these playoffs was like reading a book you already knew the conclusion of yet you still had to keep reading because the writing was so good.  Steph Curry was brilliant.  Kevin Durant was his usual unstoppable self.  And LeBron James reminded us once again why he’s been the best player in the league for over a decade.

Down by 8 in the first quarter, LeBron James willed his Cavaliers to Game Seven victory over the Boston Celtics.  Despite a spectacular season marred by injury, the TD (aka Boston) Garden faithful had to know this was coming.  I mean, the rest of us did so why not them?  A young Celtic team went cold down the stretch, allowing Cleveland to sneak out of there with a victory and allowing LeBron James to reach his eighth straight Finals.

Up by 11 at halftime in their Game Seven, Houston Rockets fans also had to know what was in store, wanting to freeze time and just enjoy Game Six-And-A-Half.  Best to keep the pause button on if you’re watching from home.  “We know we can make an eleven-point lead evaporate in a matter of two minutes,” said Warriors shooting guard Klay Thompson in his post-series press conference.  If you thought Boston’s shooting was woefully un-clutch, in their Game Seven, the Rockets missed 27 consecutive three-pointers, a new NBA playoff record.  Meanwhile, Steph Curry and Kevin Durant couldn’t miss.

Boston and Houston went cold.  Cleveland and Oakland advanced.  In retrospect, it seemed obvious.  That’s not to say it wasn’t entertaining, well, at least to those outside of Houston and New England.

Oddsmakers are not giving Cleveland much of a chance in this series.  They are overwhelming underdogs (12-point dogs in Game One; +600 to win the series), rightfully so after looking at how these teams have played lately.

I’ve thought long and hard about how Cleveland can possibly win this series.  Golden State dictates tempo.  They impose their will.  They have multiple players that can shoot from anywhere on the court while lulling you into thinking you can do the same.  But you can’t.  If Cleveland puts forth any semblance of the ineffective half-court offense they did in Boston, this series could get out of hand.  No disrespect to a young Celtics team that played well all season (until the fourth quarter of Game Seven), they cannot make you pay like the Golden State Warriors.  It would behoove Cleveland to remember that. 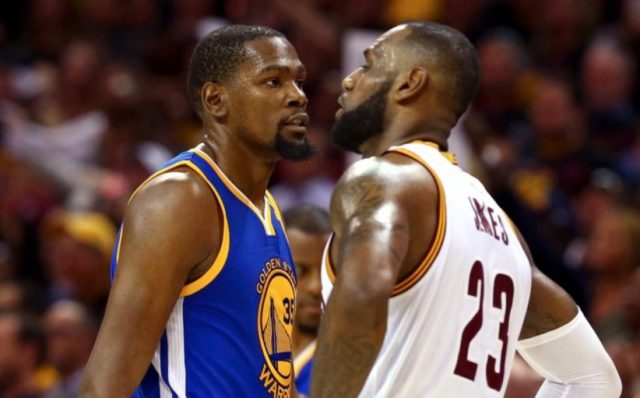 These two teams meeting yet again was a foregone conclusion and I’m okay with that.

You might not like it but remember this.  We didn’t bitch about Borg v. McEnroe or when Tiger and Phil played their final rounds together on Sunday.  We didn’t complain about Ali-Frazier III, Leonard-Duran III or the six Jake LaMotta-Sugar Ray Robinson fights that were immortalized in Raging Bull.  So don’t complain about LBJ-GSW IV as they get ready to rumble one more time.

8 thoughts on “Fancy meeting you here: Golden State and Cleveland renew their vows in NBA Finals”