“I don’t want to belong to any club that will accept me as a member.”

Plenty of athletes have been ripped for their off-field indiscretions over the years.

Contract disputes, bar brawls, drug use, extra-marital soirees, we’ve seen it all.  At this point, an athlete would have to do something really special to make us raise an eyebrow.

We all remember Owens as an insanely talented wide receiver, one who caught 20 passes in a single game, one who slammed a football down on the Dallas Cowboys’, mid-field logo only to incite a mini-riot, the free agent who did sit-ups in his driveway while Drew Rosenhaus told reporters “Next Question!”  Both on and off the field, Terrell Owens always made his way into the headlines, just not into the Hall of Fame.  At least not immediately.

His resume speaks for itself.  He has more career receiving yards than anyone not named Jerry Rice.  He ranks third behind only Rice and Randy Moss in receiving touchdowns.  He has countless other NFL and team records to speak of. 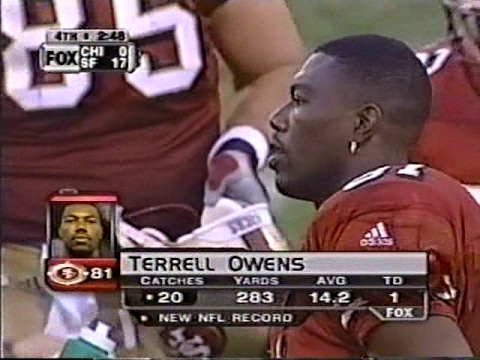 For all intents and purposes, Terrell Owens is a retired NFL player that should have been a first ballot Hall of Famer.

But anyone that watched him play and was aware of his antics knew that would not be the case.  Like many wide receivers who came before him and many that will come after, Terrell was cut from a different cloth.  And by that I don’t only mean boisterous and standoffish.  Michael Irvin was never one to hold his tongue.  He’s in, first ballot too.  Similarly, Randy Moss and Cris Carter were never ones to shy away from a microphone and speak their mind.  They’re also in.

But Owens was different.  Owens was disliked more than the others.  And it showed when he was not given the immediate nod to the Pro Football Hall of Fame despite numbers that would normally warrant such acceptance.  It’s as though voters punished him.

It’s no dishonor to not be selected as a first ballot Hall of Famer.  In fact, we probably pay a little too much credence as to whom is first in the lunch line.

I tried looking up the most famous “Non-First Ballot Hall of Famers” by sport and even the internet didn’t have an answer.  Such is the shame an athlete carries when not being granted his golden ticket.

Which brings us back to Terrell Owens.  For a barrage of reasons, Owens was left off that first ballot, and the second, only to get in in 2018.  Now he’s leaving them off his. 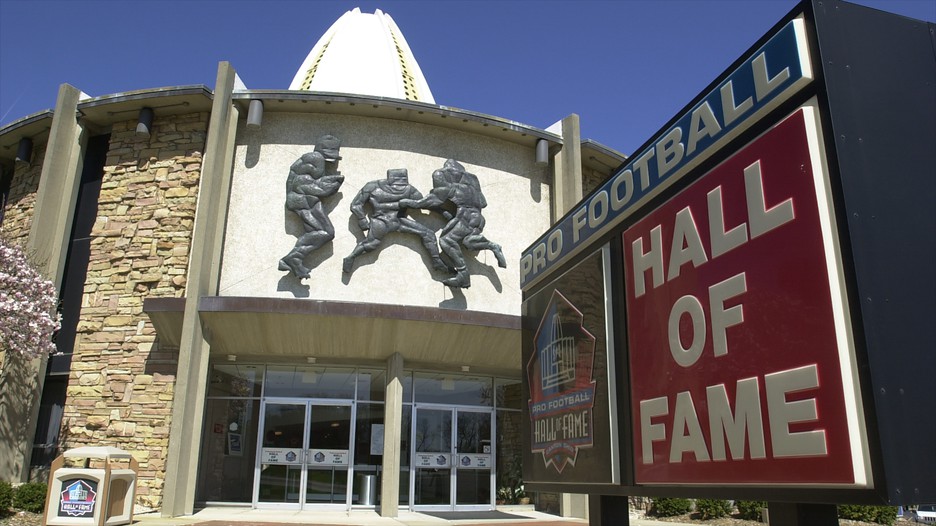 Despite finally getting in, Owens announced he will NOT attend his Hall of Fame induction, which would be the first time a living inductee has skipped the festivities.

In a statement, Owens said:

“While I am incredibly appreciative of this opportunity, I have made the decision to publicly decline my invitation to attend the induction ceremony in Canton. I have already shared this information with the Hall. After visiting Canton earlier this year, I came to the realization that I wish to celebrate what will be one of the most memorable days of my life, elsewhere.”

As of this point, plenty of people have jumped on the “Terrell Owens is an Ungrateful S.O.B.” bandwagon, including the person who suggested I wrote this post saying I should give Owens a piece of my mind.

Even the most wholesome person to ever play, and coach, in the NFL, Tony Dungy, has clapped back on Owens’ decision.  Dungy Tweeted “I feel sorry for Terrell Owens. If he chooses not to attend the Hall of Fame induction ceremonies he will be missing one of the most moving and emotional experiences someone could have in football. Indescribable moments. It will be his loss, not the Hall’s.”

He followed that up with “I’m not here to judge Terrell.  Perhaps in his own mind and heart, he’s accomplished enough as a professional football player and a human being.”

Countless others will follow in Dungy’s footsteps, bashing Owens for not attending the ceremony.  Another Hall of Famer said he wouldn’t have voted for Owens had he known he wasn’t going to show up, as if that has anything to do with anything.

Well, I hate to disappoint you guys but I’m not going to jump on the anti-T.O. train because personally, I could give a fuck.  I’m pretty impartial towards Owens.  I recognize him as someone who’s been through some shit in his lifetime so far be it from me to trash the guy for not attending a ceremony sponsored by a company that deemed when it was acceptable for him to gain entry.

Owens will already be remembered as an athlete most fans love to hate so pissing off a few more people on his way to Canton is no sweat off his jersey.

Maybe Terrell Owens has his reasons for not attending.  Maybe he feels betrayed.  Maybe he feels he’s given the sport enough.  After all, this is a league that’s historically notorious for turning its back on its players.  Or maybe Owens is just in a good enough place where he’s okay with what he’s given to the league and doesn’t need anyone else’s seal of approval. 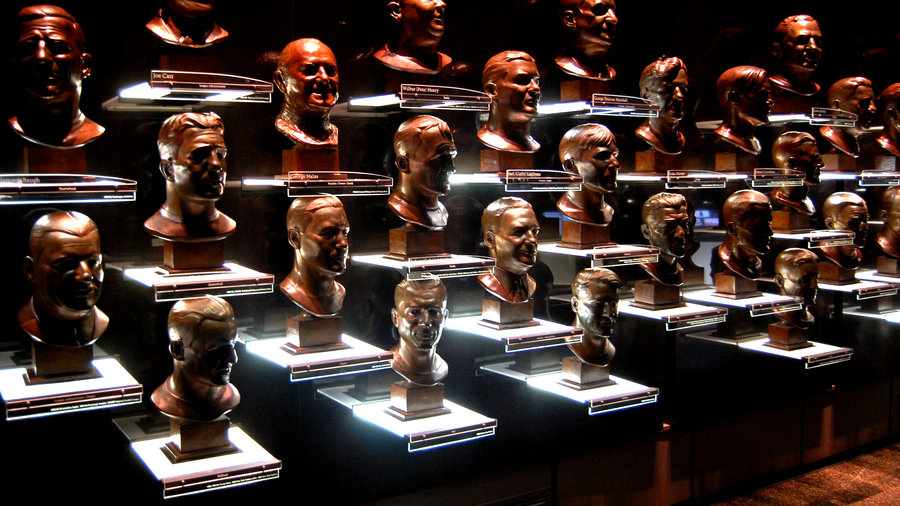 Owens will still have a bust.  He’ll still have his accomplishments and records of which there are plenty.  If you didn’t like Owens before, this is all the more reason for you to like him less.  If you were iffy on Owens, trust me when I tell you there are way worse guys in the Pro Football Hall of Fame.  Or if you were entirely impartial, you might recognize that this is just Owens doing what he wants to do and leave it at that.  And that, my friends, just like Owens’ decision, is perfectly okay.