As you all know, SportsChump is a website of the people, by the people and for the people.  Countless friends have contributed articles over the years.  This post is no exception.

I’ve known the one we call Heavy D for going on thirty years.  He’s been a Caps fan all his life.  Prior to the series against the Lightning, a series which they closed out quite handily, I received a text from D with this picture. 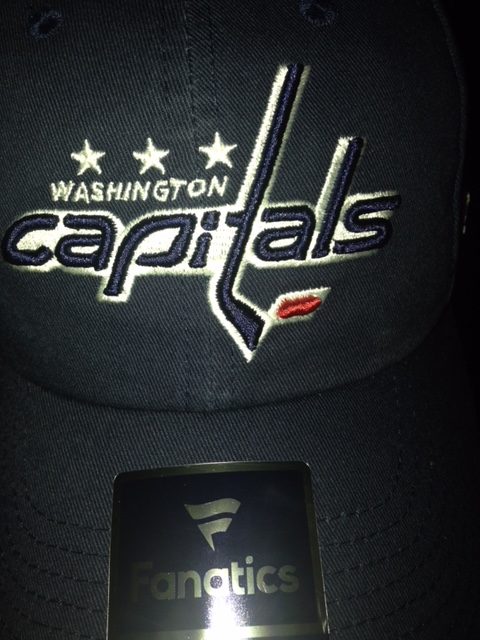 So when his team finally got the monkey off their backs and won a Stanley Cup championship, who better to go to than our resident Caps fan to share his experience.

My personal fan sports trophy case had an empty spot. It was one that I was not sure would ever be filled. Time and time again, my team, the Washington Capitals failed to win the Stanley Cup. We have had good teams in the past, but somehow found ways to lose games and series that we should have won.

We have had plenty of chances to hoist Lord Stanley’s Cup. Washington usually makes the playoffs, so we as fans have seen plenty of heartbreak. These playoffs started out in typical Capital’s fashion, dropping the first two games of the series at home, to the Columbus Blue Jackets. A first round exit seemed probable at this point. However, this Capitals team proved to be resilient and rallied to win the series 4-2.

The Pittsburgh Penguins were next, and they were the team over recent years that have provided much heartbreak to Caps fans and players. Prior to this series, the Caps were 1-9 in playoff series versus the Penguins. This is where Capitals dreams go to die. The teams traded victories in the first four games, but it seemed that the Capitals had been getting the better of Pittsburgh. Maybe this was it? The Capitals seemed determined in front of their home fans in Game 5 and pulled away winning 6-3. This is where I bought my new Capitals hat, believing this team was different. After a gut-wrenching 2-1 OT win in Game 6, the Caps had exorcised their demons. 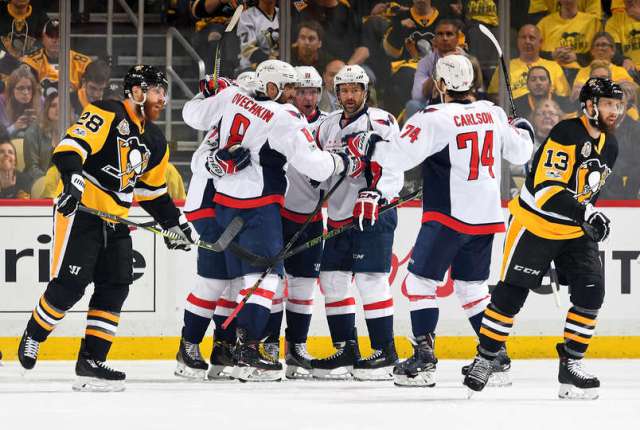 Washington has a superstar on its team in Alexander Ovechkin. He was the #1 pick in the NHL Entry Draft in 2004 and expected to deliver the goods to the Capitals fans. Ovechkin is an elite player in the league and has scored 607 regular season goals, placing him 19th all-time. It is possible he lands in top 5 scoring all-time in NHL history with a few more productive seasons. As captain he is the leader and fan favorite, but outside of Washington he was regarded as the “best player to never win it all.”

The Eastern Conference Final was up next against the #1 seed Tampa Bay Lightning. Tampa was expected to end the dreams of the Capitals and not many outside of Caps fans thought otherwise. The Capitals won the first two games in Tampa in dominating fashion and suddenly the dream was becoming a reality. Then reality hit, and Tampa Bay wins the next 3 games forcing the Capitals to the brink of elimination. The Caps responded in game 6 and showed the same effort they showed in the first two games. Still, they had to travel to Tampa for Game 7. At this point I was believing again, and they delivered again. A second straight stunning shutout and Washington was on its way the finals.

Enter everybody’s darling, the Las Vegas Golden Knights. The Western Conference Champion and the last hurdle for the Washington Capitals to erase 44 years of futility. As a 47-year-old person I have been alive for all of them. The Golden Knights are an expansion team playing in their first year and had an amazing run through the playoffs. They were trying to win the Stanley Cup in its first year. An amazing story for sure, but this wasn’t their year. It was ours. After dropping the first game in Las Vegas the Capitals won the next three. They did it by resorting to physical play which had carried them in each series. Las Vegas looked beaten.

As Game 5 approached my hunger for the Cup started to grow. I had already cleared a dusty old spot in my mental trophy case. I honestly felt we were going to win. It was a great game and after two periods the Capitals found themselves down 3-2. After an electric goal to tie it at 3-3 we still needed one more. Inside of nine minutes left and at this point I am openly yelling at the TV, imploring my team to find a way to win. My cats had given up on me at this point and had sought shelter elsewhere. Then I said, “Where is Lars Eller when you need him?” It could not have been more than 30 seconds later and GOAAALLL. It was Lars Eller himself doing the deed. Eller had filled in earlier in the playoffs for an injured Nicklas Backstrom and had come up with huge goals for the Caps. A loose puck had dribbled behind Vegas goaltender Marc-Andre Fleury and Eller flipped it into the net. Just like that, the Caps were 7:37 away from history. 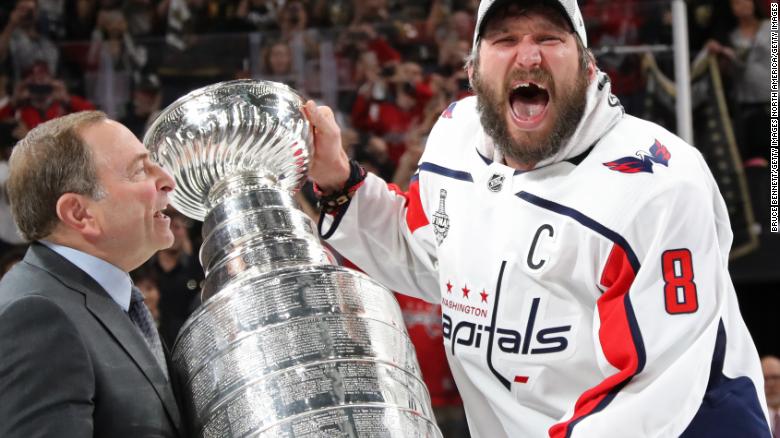 I have never yelled at a TV as much as I did in that final 7:37. It was also the longest 7:37 of my life. Hockey is so fast paced, and there are many scoring chances throughout a game, that the heart never rests. Finally, after killing scoring chance after scoring chance there was a faceoff with .6 seconds left. This was realization that the journey was over. The puck bounced harmlessly to the ice and the horn sounded. The caps had done it. As Ovechkin charged onto the ice to join the celebration behind the net I felt a sense of accomplishment myself. To having endured so many heart-breaking defeats over the years it really felt like this was a win for all of us. Already, I want to win next year. #AllCAPS