Earlier this year, I had every intention of writing a piece detailing the most talked about – yet least important – stories on the docket.  The Ball Family, Lonzo, LaVar and the Chinese shoplifters obviously made the list as did the countless and completely inane comparisons between the legacies of LeBron James and Michael Jordan.  The alleged discord between Tom Brady and Bill Belichick rang the bell a few times and of course any discussion of Johnny Manziel is enough to make me scratch my head and wonder why we’re still talking about this guy.

But no story was more prevalent – and less relevant – than where LeBron James would play basketball next season.  That is, less relevant… until now.

The NBA season is finally over, the off-season has begun and LeBron can finally get around to putting our minds at ease.  This will be the summer of 29 cities’ discontent.

Franchises around the league wait with bated breath, clinging to the day that James will make his next decision.  Cleveland, Los Angeles, Philadelphia, New York, Houston, Boston, San Antonio, even Oakland, the team who just swept him in the Finals, all await “Decision: The Sequel.” 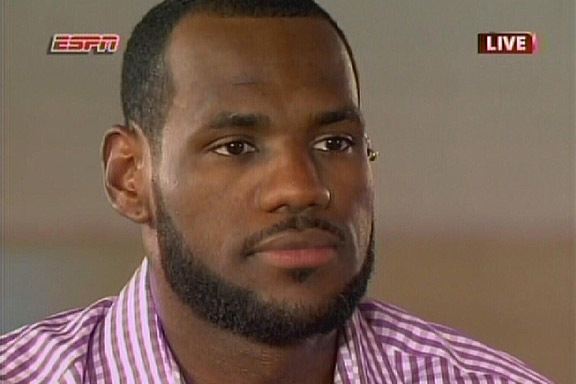 It’s a veritable who’s who as to where LeBron James will next lace ‘em up.  Rightfully so as the chosen one can singlehandedly sway the balance of power in the league… or at least determine which team will suddenly become second best.

Wanna know how excited people are in these potential destination towns?  My good friend DJ Arthritic Semitic sent me a link to an article leaking that James had just bought Chris Paul’s former condo in New Orleans, much to the elation of DJ AS himself.  No word as to whether the buttons on his iPhone were still sticky from the news.

Although a prank (sorry to get you excited, Pelicans fans), the article in question raised a valid point, other than the rather enjoyable visual of seeing Bron Bron playing alongside Anthony Davis.  The author said he felt sorry for Golden State.  They’ve just won their third title in four years yet all the talk is concerning where the guy they beat will end up next.

Houston wants LeBron to play alongside Chris Paul and James Harden.  Why wouldn’t they?  After all, they were only one (home) win away from reaching the Finals.  But oh, so many ball handlers on that roster and these days, that’s what LeBron likes to do.

Boston wants LeBron.  They have the sharpest young coach in the game and somehow made the Eastern Conference Finals with a roster full of Band-Aids.  But Kyrie Irving left Cleveland to be the man so what sense does it make to have LeBron follow him to Boston?  Not much.

Philly wants King James but they just fired their GM amid a Twitter scandal and have few if any seasoned veterans on their roster.

Speaking of vets, San Antonio wants LeBron but Tony Parker and Manu Ginobili were seniors when LeBron was a freshman.  Furthermore, they’re currently making amends with pouty superstar Kawhi Leonard and have shown themselves to be very un-San Antonio-like the last few years.

Golden State would probably entertain the idea of landing LeBron but how un-fun would that make the league?  If you’re going to throw LeBron on the Warriors, you might as well take the rest of the league’s all-stars, put them on an opposing squad and hope for the best.

The Knicks want him but let’s be honest, when’s the last time the Knicks warranted the attention of any player serious about winning a championship?

Staying in Cleveland is a valid option but didn’t they just get swept? 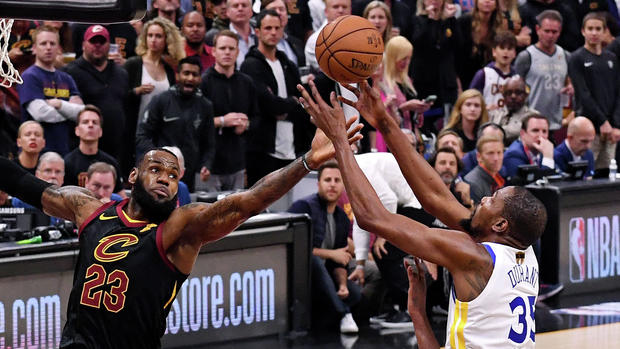 The Lakers want him but didn’t L.A. just ship all their talent to play alongside him in Cleveland?

Miami wants him but they already had him.  That could work out worse than the Roseanne sequel.

The Thunder and Wizards are outliers and to this writer quite intriguing possibilities but still rather unlikely longshots considering all the other teams in the mix.

As it stands right now, here are the odds where LeBron will end up:

These numbers are so fluid, they are likely to change tomorrow if they haven’t already.

One could make a perfectly valid case (and have been ad nauseum since the season started) for LeBron going to any one of these teams.  Once can also find the flaws (as I did above) in each.

From now until July 1, the first day LeBron can officially make an announcement, you will hear countless prognosticators telling you where he will go and why.  Some will have valuable insight, most will be full of shit.

I’m not here to tell you anything you don’t already know about LeBron Part IV because that’s exactly the point.  Nobody knows for sure yet, not even him.

LeBron will take this time to decompress, talk to his family, weigh his options and then come up with the plan that best suits his needs.  In the meantime, you and I are going to have to sort through a bunch of fake news until his camp gives us an answer.

So where will he be buying that next luxury condominium?  Your guess is as good as mine.

19 Replies to “Decisions, decisions and the summer of Cleveland’s discontent”