Back in the day, when ESPN first took to the airwaves, they were merely a fledgling cable network trying to find their way.

They didn’t have the coin to compete with the big boys so there was no such thing as showing NBA, NFL or Major League Baseball games.  (Notice how I intentionally excluded the NHL for not only does ESPN have no interest in broadcasting hockey games, they still barely talk about the sport at all.)

Journalists like Chris Berman, Tom Mees and Bob Ley cut their teeth in 1979 as the network only had rights to show considerably less popular sports like college soccer, wrestling, slow pitch softball and anything else they could get their hands on to fill their 24-hour programming.  Back then, starting an all sports news channel was a gamble; today, they are one of the most-watched networks in the world.

These days, ESPN is reverting back to their old tricks, trying to find any way during a slow, sports summer to show events they deem competitive or at least entertaining.  We can argue until we’re blue in the face about what constitutes a sport.  My fellow 50-year old blogger recently ridiculed the discussion to put video-game playing in the Olympics.  I suppose the IOC will support any story that distracts us from how corrupt they are.

ESPN still airs spelling bees, rodeo riding and professional poker, all of whose sporty nature you can debate.  These are undoubtedly competitions.  Whether they are actual sports is up to the beholder.  The Worldwide Leader also airs bowling on NFL Sundays, knowing full well that .0001% of the population is only tuning in to see if Pete Weber is still rockin’ that timeless 80s coif. 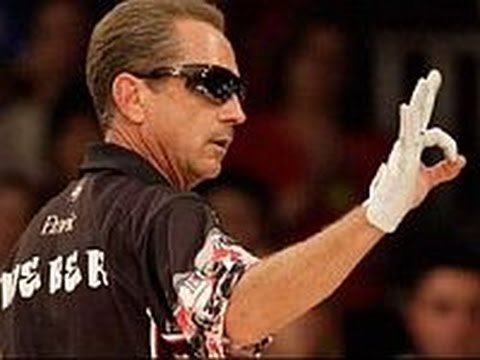 Last weekend, with no major sports going on other than the World Cup (oh… and that thing they call baseball), ESPN decided to air… Cornhole.  I watched aghast as if it were an accident I couldn’t turn away from.  Is the World Wide Leader really broadcasting cornhole… and are they following it up with the Beer Pong Invitational?  How about competitive lawn darts?  When the guy in the board room pitched airing competitive cornhole, was there an awkward silence with everyone else fearing he’d be fired on the spot for suggesting something so ludicrous?  Or did they all agree cornhole was a pleasant break from the incessant coverage of LeBron’s free agency?

However it went down, cornhole is now alive and well on the four-letter.  And the channels, they are a-changin’.

In the men’s cornhole competition, there were what appeared to be teenagers, one tall and lanky with his cap turned sideways because cornhole is so very hip-hop, the other more, heavy set with a mustache he was trying to grow in but still years away from, both of them tossing bean bags into a hole cut into a wooden platform some thirty-feet away.

Don’t get me wrong.  These kids were good but cornhole is a game generally played at frat parties and tailgates, consisting of participants with a bean bag in one hand and their third, frothy beer in the other.  We’ve argued this at length but shouldn’t a professional, televised sport be something you don’t need to be piss drunk in which to participate?  If shot-gunning a beer aids your performance, shouldn’t we reconsider our programming options?  And if we’re going that route, why not have all the participants be piss drunk, including the teenagers.  Wouldn’t that be far more entertaining?  “Here lines up Billy, wiping the puke from his chin.  It’s in the hole!!!”  To add to the degree of difficulty, have them all drive to the match.  Whoever arrives alive wins by default.  That way we wouldn’t have to watch this clusterfuckery of a contest on TV in the first place.

I’m not sure what’s more inappropriate.  The fact that ESPN airs professional cornhole or the fact that the American Cornhole Association has a publication they distribute simply called… “Hole Magazine.”  For a free subscription, click here. 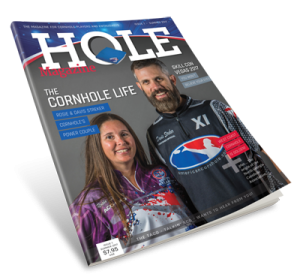 After the teen match, ESPN aired the women’s division.  Thank you, Title IX!  Cornhole is so very ahead of its time when it comes to gender equality.  I don’t want to be mean here (why stop now, right?) but let’s just say there weren’t too many Jennie Finch’s in the mix.  The only thing more disturbing than seeing an overweight teen who’s never eaten broccoli in his life tossing beanbags back and forth is seeing his aunt in dire need of a makeover doing the same thing.

The “match” took place in some gym, or barn, with far more empty seats than full ones (not much unlike Major League Baseball) and probably just the participants’ family members in attendance.  I couldn’t tune out quickly enough.  If you really want me to watch, let’s mix in some celebrity Family Feud cornhole.  West family versus the Kardashians anyone?  They can bedazzle their bean bags with Botox and inventive hip-hop.

I suppose ESPN is banking on cornhole’s promising future for if we’ve learned anything over the years, it’s that a sport cannot be considered legit until there’s tampering, drug violations, bloated contracts, hold outs, Uber fondling and dead bodies found in a star cornhole players mansion.  If the American Cornhole Association wants to be taken seriously, might I suggest drumming up some sort of major league controversy.  That’d put them on the map and far more in tune with the sports the network usually covers.

16 Replies to “ESPN scores (corn)hole in one”