“It’s been a long time, a long time coming, But I know a change gonna come, oh yes it will”

Urban Meyer is in the news again and this time it’s not for winning championships.  Meyer has been put on administrative leave from the school which employs him while those around him investigate how much he knew about a coach on his staff assaulting his wife on multiple occasions.

This is not the kind of attention a high-profile program, or any program for that matter, wants less than a month before football season.  Nor is it the kind of behavior anyone wants from a person of authority.  Perhaps we are asking too much. 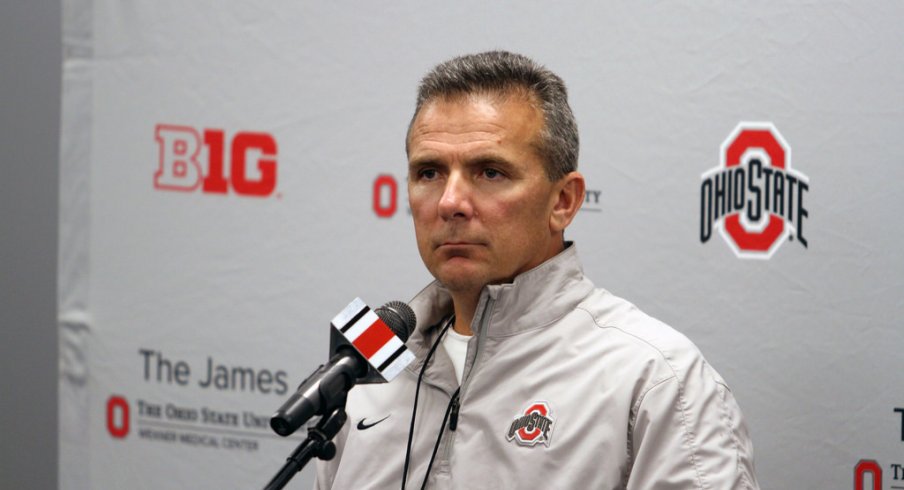 Right now, Meyer isn’t talking to anyone.  He’s shored up in his Columbus mansion trying to get his story straight for it is only a matter of time before the media comes for him once again.  As this investigation continues, journalists are doing their best to get to the bottom of what happened.  That includes reviewing multiple text messages and continuing to find out who knew what and when.  Likewise, the University is performing its own investigation and looking to spin this the best way it can.  The program will do its darnedest to keep the game’s second-best coach (by national championship standards) in its employ.  In light of other tragedies in the very same conference, despite Coach Meyer’s record, the cards may be stacked against him.

Tales of Meyer’s questionable past date back to his days at the University of Florida.  Those of us with ties to Florida have an altogether different opinion of Meyer.  While he brought us some glorious times in the mid-aughts, in retrospect, it’s as if we sold our souls.  The saintly image of Heisman Trophy-winning Tim Tebow sure covered up a lot of shady shit.

The terms and manner in which Meyer left our beloved Gainesville were sketchy at best.  Years later, stories emerged of what he did and didn’t know about several characters, i.e., Aaron Hernandez and other problems that plagued the program.  Under Meyer’s tenure, 31 Florida players were arrested in a town where arrests of star players are generally overlooked.  Winning sure cures a lot of ills.

When Meyer left Florida for reported bad health and heart (how ironic), it was thought he’d never coach again, that the strains of coaching high-profile college football were eating away at his health.  A cushy, ESPN analyst position awaited. 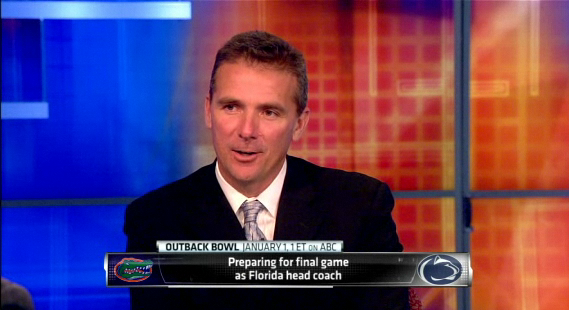 It turns out it wasn’t what was going on between the sidelines that were eating away at this man but what was going on outside of them.  Only one college football season after leaving Gainesville, he returned home to Ohio for another high-profile coaching gig.  Florida hasn’t been the same since.  Nor has Ohio State who immediately became a contender, winning a national championship in Meyer’s third year on campus and winning no fewer than 11 games for six straight seasons.

Meet the new Meyer, same as the old Meyer.  Long perceived as a man who would overlook indiscretions for wins, Meyer has done so again, allegedly.  He now waits to hear the school’s decision on whether he’ll coach another game in scarlet and gray.

While firing one of this era’s most successful coaches (and I use that word only in terms of wins and losses) will be a difficult decision, the school can ill afford to be as soft on Meyer as Meyer has been on everyone else.  The Buckeye might stop here.

Of course, in the bigger picture, Meyer’s firing is irrelevant.  The problem lay in the fact that we continue to see coaching success in terms of wins and losses, which is far easier to measure, rather than the effect these men have on those they’ve coached along the way.  That is far harder to calculate.

It’s easy for an embittered Gator fan to say “it’s your problem now, Ohio State” but this issue goes far beyond that.  The task at hand is not solely to call for Meyer’s head.  That’s resolves little.  Are men around the world suddenly going to stop beating their wives because the game’s second greatest coach was fired?  Unlikely.

The larger and perhaps far too ideal issue is how to create a culture where we universally condemn this behavior to the point where it no longer exists.  Every time I think we’re getting closer to accomplishing this goal, another such story arises.

Don’t let our flat screens per capita and nationwide internet access fool you.  We are still a very primitive society at best.  ESPN recently called what’s going on in America “a societal sea change” but why only now are we deeming this behavior unacceptable?  For how long have coaches or men in any profession beaten the crap out of their wives either physically or psychologically and gotten away with it or perhaps even rewarded for it?  And why only now are these cases a big deal?

Urban Meyer recently co-wrote a book laughably entitled “Above the Line: Lessons in Leadership and Life.”  Suffice to say you will soon find it on the discount racks of your local book store. 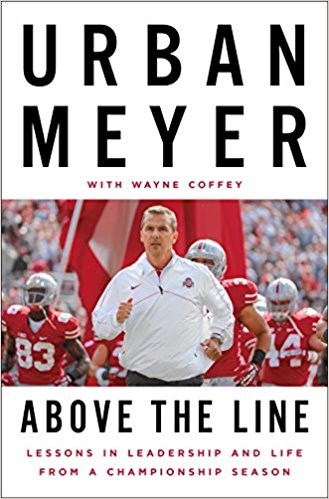 Speaking of books, all the while writing this, I couldn’t help but be reminded of Irving Welsh’s Filth, a book about a bad cop whose continued indiscretions and heinous behavior end up eating away at his soul, turning him into a pig.  This fictitious character’s chickens came home to roost.  I can’t help but think this is what’s happening to Meyer.  It’s a shame any of this happened at all, yet another legendary coach whose oversights lead to the redefinition of his legacy, making him legendary for all the wrong reasons.

Meyer will ultimately be fine.  He will coach again somewhere whether that be in Columbus or somewhere else.  We continue to reward the unrewardable.  The coach on his staff who beat his wife will get his.  I have faith in that.  This, however, will be of little or no consequence to the victim of these crimes.  It shouldn’t to the rest of us either.

12 Replies to “The Buckeye stops here”