I had lunch with Charlie Strong the other day.

Don’t get me wrong.  Coach Strong and I weren’t kicking it at the local Applebee’s over burgers and beers talking about the state of college football.  For one thing, Charlie Strong doesn’t drink.  His body type shows it.  Second, he has far more important things to do than spend time with a guy that sells drinks for a living.

No, the celebrated, former defensive coordinator of the national champion Florida Gators and current head football coach of University of South Florida Charlie Strong has been making appearances.  It’s what head football coaches at major universities do, and make no mistake, although not in a power five conference, the University of South Florida is most definitely a major college football program.  Charlie Strong wouldn’t be coaching there if it wasn’t. 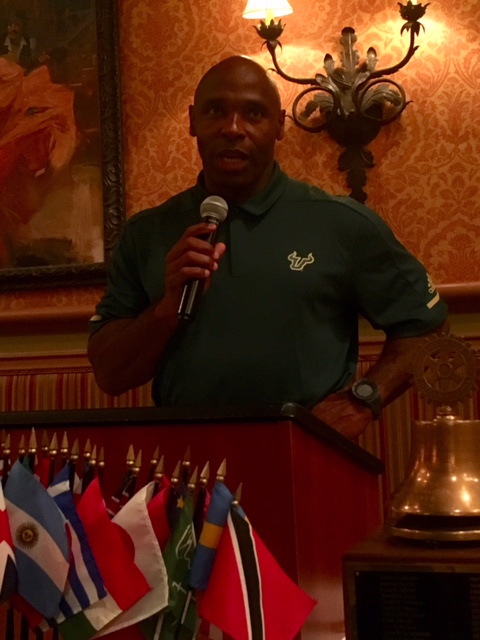 The basis for my lunch date with Coach Strong (and about 100 other Tampa business locals) was that he was kind enough to take time out of his busy schedule to give a speech at the Ybor City Rotary Club.

But Chump, you might ask?  You’re no Rotarian!  What in the world were you doing at a Rotary meeting, other than looking for a free meal?  Well, since you asked, my uncle was a Rotary president in Orlando and my stepfather was Rotary president, right here in Tampa at the very same Ybor chapter that hosted the luncheon.  I, of course, was merely a tag along, the mooching, non-Rotarian of the family.  I’ve even played in their annual golf tournament four times running.  Our foursome yet to finish in first place but it’s not for a lack of effort and lost golf balls.  (The charity event is held annually on the MacDill Air Force Base Course.  We even stand for the national anthem before every outing.  Imagine that.) 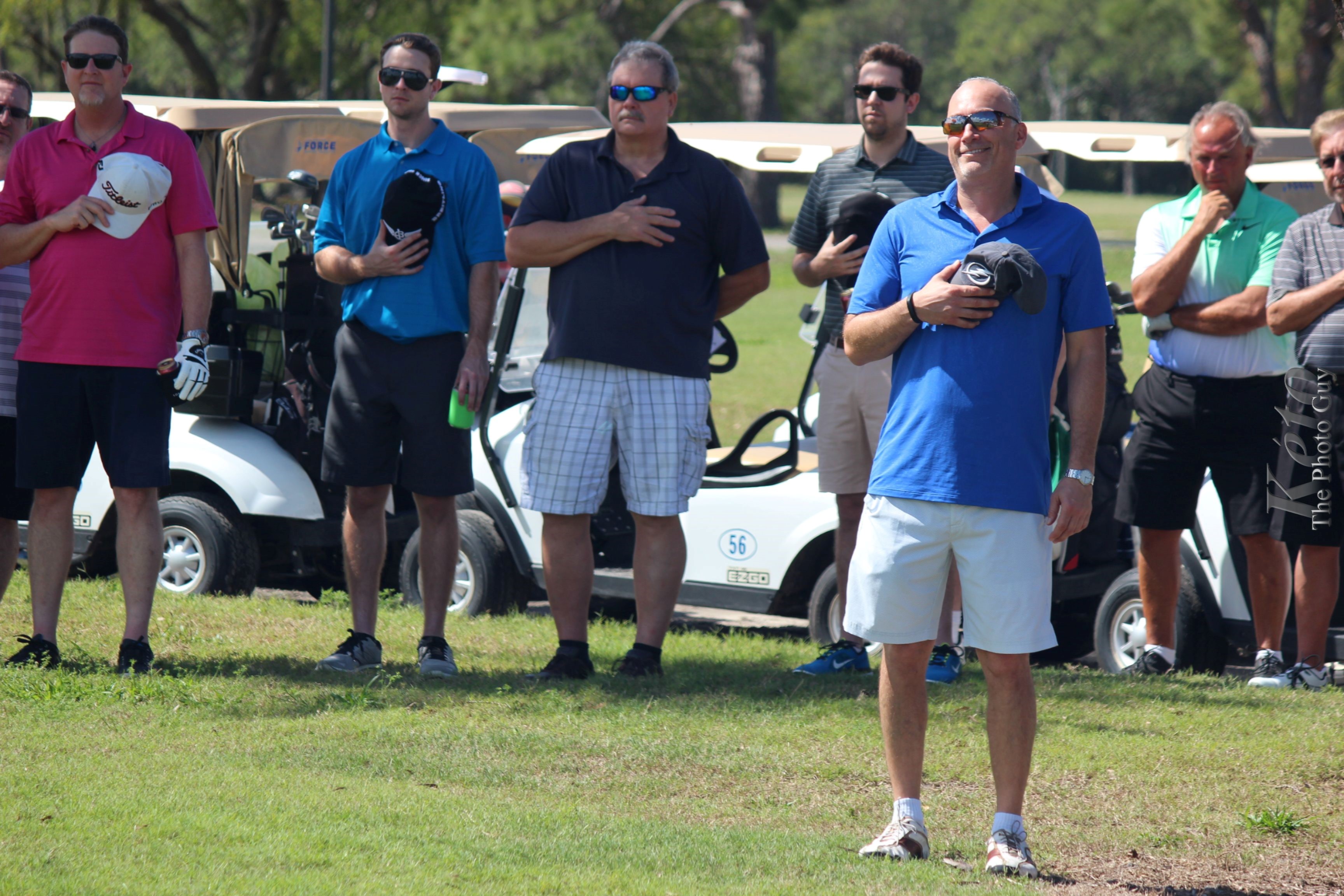 Ybor’s Rotary Chapter meets every Wednesday at Tampa’s famous Columbia Restaurant and every week, they invite a member of the community to speak.  This week’s guest of honor was none other than Coach Charlie Strong.

Strong is quite the character. The man just looks like he was born to be a football coach.  The aptly-last named football coach has a presence about him, which is probably why he’s always fared so well on the recruiting trail.  The man commands a room.

After the ins, outs and what have you’s of your standard weekly Rotary meeting, the current president introduced the key note speaker.  Strong wasted no time addressing the eager crowd.  In rather business-like fashion, he broke into what it means to be a head coach, as if any of us could ever comprehend the pressure that entails.  He talked about what he tells his kids and what he expects of them, what he tells their parents and what he promises them.  He also went over the challenges of recruiting athletes in a state dominated by traditional powerhouses like Florida, Florida State and Miami.

He reviewed games past, two in particular, the 28-24 loss to Houston where the Cougars completed a 4th-and-24 and the even more memorable loss to UCF in one of last year’s most entertaining games.  Like any veteran football coach, he dwelled over the losses far more than the wins.

Strong tempered the crowd’s expectations as he reminded us last year’s team lost 25 seniors.  He assured the crowd this team still has talent but experience was most definitely lost.  Even with youth on his roster, Coach Strong is the kind of man who gets the most out of his players.

He preached the importance and the challenges of turning boys into men in an altogether different, modern environment with so many social media distractions. And then he fielded a few questions from the crowd. 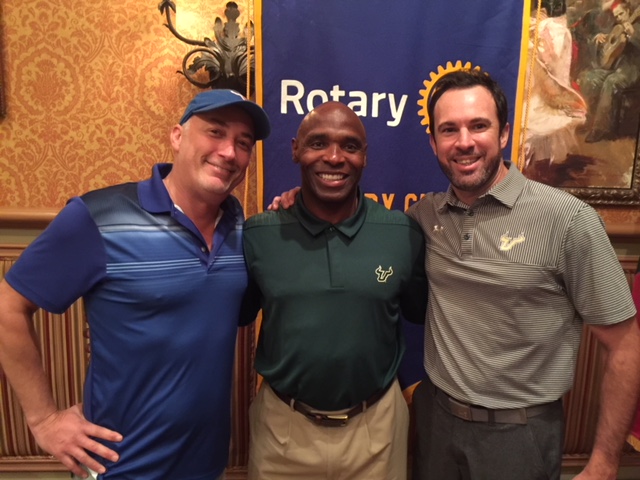 Charlie Strong will make about ten million dollars over the five years of his USF contract.  By coaching standards, with his resume, that’s a steal.

You can’t help but be impressed with the way the man carries himself and the kind of program he runs. Certain things that fly in other programs you can tell Coach Strong will not tolerate.  It’s a nice change from what we’re used to.

Charlie Strong’s coaching abilities will always hold a special place in my heart for the defenses he built at Florida were strikingly stingy.  If he comes even close to that success while at USF, the program will be just fine.