I have breaking news!

Oscar De La Hoya is running for President in 2020!  I guess our current President didn’t get that wall built quickly enough.

All kidding aside, De La Hoya is an American citizen, born right here in the United States.  Otherwise, he wouldn’t be able to run for President.

But run and run he will, at least according to a recent Yahoo report.  An Olympic boxing champion throwing his hat into the, ahem, ring.  Can you imagine a De La Hoya-Dwayne “The Rock” Johnson ticket?  As odd as that might sound, America would at least take comfort in the fact that our presidential ticket would be able to kick some serious ass.  How could one not feel safe with those two in the oval office?

With all that’s gone on in our country the last few years, I can’t say I’m shocked by De La Hoya’s presidential aspirations.  He’d join a long, proud line of other concussed presidents. 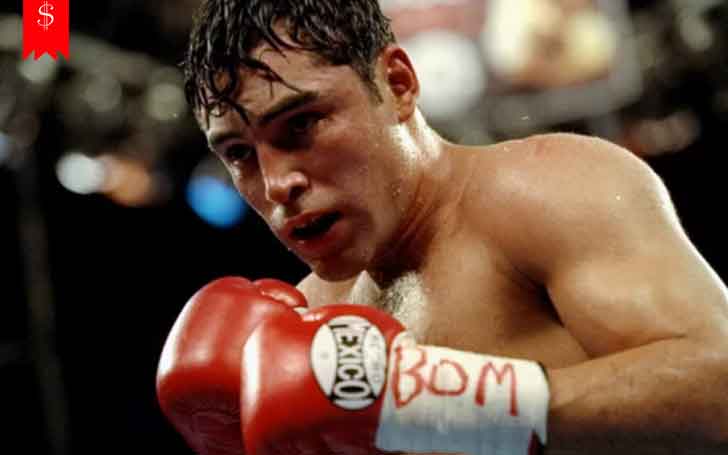 We have never had a professional boxer run for president so why not add it to the list of unlikely pre-presidential professions like actor, real estate tycoon and peanut farmer?  This boxer-turned-promoter can afford to fund his own campaign too.  He boasts a net worth of about $200 million.

De La Hoya definitely has that cult of personality but let’s be honest, he won’t become the next President of the United States… although the idea of a Trump-De La Hoya pre-debate stare down makes me giddy.

Of course, that wouldn’t be the first time President Trump has gone toe-to-toe with an iconic athlete in the ring.

I stumbled across this photo on the internet a while back and was waiting for the right moment to break it out for a caption contest.  What better occasion than the day Oscar De La Hoya declares his candidacy for president?

The reader who can best come up with a caption to the photo below will receive the highest honor, my vote for president, for whoever wins this contest will likely be far a more qualified candidate that anyone who actually chooses to run. 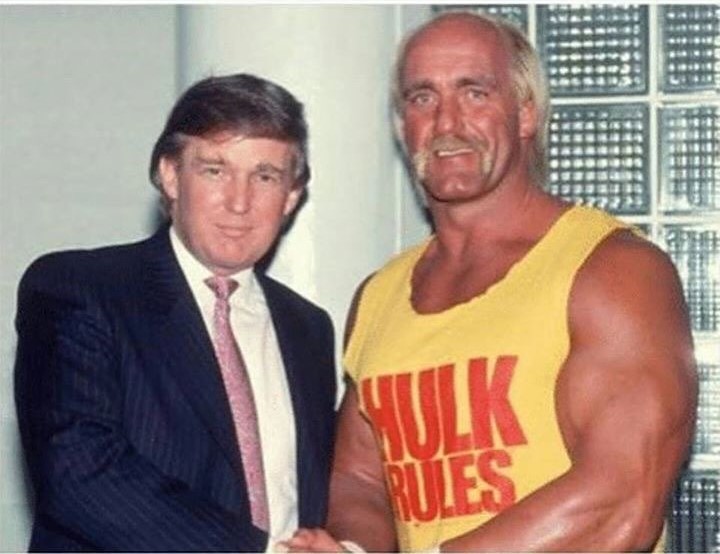