Things are about to get interesting.  I think we’re all starting to get the hang of this NFL pick ‘em tournament but for the newbies who can still enter by the way, I’ll go over the rules once again.  And by doing so, that means I’m posting a link to the last two weeks of the contest here and here so I don’t bore those who have already been participating.  All you’re doing is picking games, hopefully correctly, which we’ve proved in Weeks One and Two is far more difficult than it seems.

List your five games against the spread you like best in order of how much you like them in the comments section below.  You’ll find this week’s point spreads below.

Now, on to what we’ve seen.  There has been some wild action in the NFL so far.  We knew the Rams and Chiefs would be good but we didn’t know how good.  We knew the Browns would be competitive, and they are, just not enough to win a game… yet.  And the three teams from New York, the Jets, Giants and Bills are a combined 1-5 while the three teams from Florida, the Jags, Dolphins and Bucs are a combined 6-0.  Who knew?

Who among us imagined that my beloved Buccaneers would start the season 2-0, only one of two NFC teams to do so.  To paraphrase Jim Mora, p-p-p-playoffs?!? 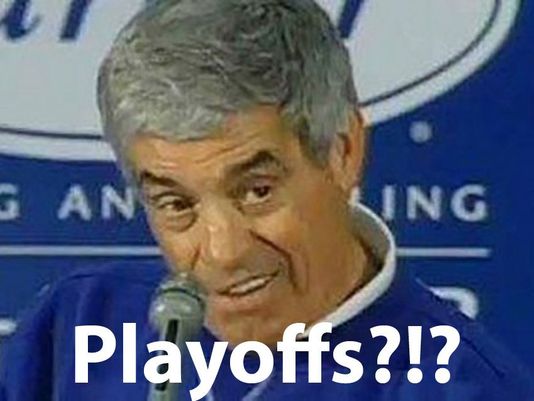 Here are your current contest standings.  As you can see, some blood was shed in Week Two which is what makes this contest so great.  J-Dub killed it in Week One but some bad haiku-ing in Week Two dropped him well out of the lead proving once again, to paraphrase Yogi Berra (and Lenny Kravitz), it ain’t over ‘til it’s over.  Keep getting your picks in because you never know what’s going to happen from week to week.

Also, please double check your scores to ensure I’m posting them accurately.  And remember, you must enter picks at least ten weeks to be eligible to win the grand prize of one hundred dollars.  Happy picking everyone!

Jets at Browns – CLE minus 3

Bengals at Carolina – CAR minus 3

Saints at Falcons – ATL minus 3

Broncos at Ravens – BAL minus 5

Giants at Texans – HOU minus 6

Raiders at Dolphins – MIA minus 3

Packers at Redskins – WAS plus 3

Chargers at Rams – LAR minus 7

Bears at Cardinals – AZ plus 6

Cowboys at Seahawks – SEA minus 1.5

Steelers at Bucs – TB plus 1

FIVE POINTS – Last Sunday, Pat Mahomes became the first quarterback IN LEAGUE HISTORY to log ten touchdowns in his first two games.  When Kansas City brass decided to part ways with Alex Smith in lieu of Mahomes, most of us wondered whether the kid was ready.  That answer is a resounding yes.  This week, they invite the Niners into town and are only laying a touchdown.  That’s like two snaps for these high-powered Chiefs, the NFL’s version of the Golden State Warriors.  I’m going to keep betting Kansas City and laying points until they prove to me they can be beat which shouldn’t be any time soon.

FOUR POINTS – Remember two Junes ago, that parade route they had in Cleveland after the Cavaliers won their first title in team history?  Prepare the parade route again.  The Brownies have been inching ever closer to that first win since 2016.  This Thursday night, they get it.  The dawg pound will be rabid in Cleveland this Thursday night when they finally exorcise their demons with a win and a three-point cover.  Finally!  Free Bud Light for all Clevelanders!  Dilly Dilly!

THREE POINTS – The Bengals are off to another 2-0 start but we all know how this will end up: Marvin Lewis keeping his job after an early playoff exit.  Carolina hasn’t exactly been spectacular this season but they should be three points better at home than the Bengals.  Look for Cam and McCaffrey to keep Cincy’s defense guessing enough to cover the field goal.

TWO POINTS – The Giants are an absolute train wreck.  With Odell signed and a rookie phenom getting the carries, we thought that’s what Eli needed to right the ship.  Instead, New York is off to another crappy start to another crappy season.  Houston hasn’t exactly put things together yet but a scrimmage against the lowly Giants might be just the medicine they need.  Houston covers the six.

ONE POINT – Speaking of train wrecks, the Pittsburgh Steelers are uncharacteristically a team in turmoil.  Antonio Brown Tweeted about a trade, LeVeon Bell is wearing beach clothes and Ben Roethlisberger is probably wishing he had listened to his inclinations about retirement.  Meanwhile, the surprising Buccaneers are one of the hottest teams in the league.  How can I not go with the hot team against the dysfunctional one, if even for one confidence point?  Even though this is a must win for Pittsburgh, I’m taking the home team because I’m a homer.

Purple out to show

They have kicked issue to curb

Gs back in Texas

Houston does not have problem

It’s another one of those Belichick vs. a former assistant games, where we mostly wonder how icy cold the handshake could be by the end of it.  I honestly don’t know much about the relationship between New England’s head man and Matt Patricia, as I’m not the Mr. Lonelyhearts of the NFL.  What I DO know is Tom Brady never gets embarrassed two weeks in a row and he openly stated that last week’s loss to the Jags was “definitely not our best effort”.  Detroit doesn’t have the defensive firepower that Jacksonville has and it’ll be interesting to see how much the Patriots use their new toy, Josh Gordon, too.  One catch, ten catches…either way, give me the Pats to cover on the road in a big way.

After a stellar Week 1 on the road in Arizona, the Redskins looked terrible at home against the Colts.  That raises a lot of questions in D.C. as to how good (or bad) this team really is.  Enter Aaron Rodgers, who is clearly hobbled by a sprained MCL, but with the way the ‘Skins played last week, Rodgers could be crawling on his hands and knees for the entire game, and I’d still pick Green Bay.  Give me the Pack to cover on the road.

Full disclosure: I hate NFL lines that are this out of control and tend to avoid them at all cost.  With that said, have you seen the Bills play yet?  If not, then you’re a smarter person than I am.  The Vikings are also a legit Super Bowl contender and one – make that two – missed kicks from stunning the Packers in OT last week.  Toss in rookie Josh Allen on the road in a hostile environment against a very solid defense and well… this one could get ugly quick.  I’ll take Kirk Cousins and the Vikes to cover at home.

There really isn’t a huge home field advantage here, or maybe there is, considering no one has seemed to adopt the Chargers, despite the fact that this is a very solid football team.  The Rams, meanwhile, are loaded, but a bit untested to this point, facing the Raiders and Cardinals in the first two weeks.  I’m a bit iffy on this line as my gut definitely thinks it could land at the touchdown mark.  Then again, as I said, I’m not crazy about a lot of the Week 3 lines and I like the talent that the Chargers have on both sides of the ball.  My gut says this one is competitive throughout and comes down to a fourth quarter field goal.

ONE – Denver Broncos at Baltimore Ravens (-5)

Case Keenum is always a mixed bag, a guy that could throw for 300 yards, with 150 of those going to the other team.  He also has been known to deliver a gold star performance.  Expect the former, considering the road test against a very solid pass defense.  The Ravens don’t exactly light it up offensively either, so I’m expecting a low scoring, close contest.  Give me Denver and the points.