Remember that old adage if you don’t have anything nice to say, don’t say anything at all.  I’m about to throw that nonsense right out of my three-story window.

After reviewing everyone’s picks for last weekend’s games, I vow never, EVER to take any of you to Las Vegas!

I feel like a teacher standing in front of class berating every single one of my students for failing their mid-terms.

It’s pretty simple, folks.  I’m giving you the class lessons, laying it right there on the chalkboard for everyone to see, yet you pesky kids refuse to listen.  Do you remember the days when your teacher would lay into you for not getting it?

Welcome to your high school flashback.

I have just one question.  Have you all resorted to blindly picking teams out of a hat because it sure seems like it.

Let’s start with the two “experts” I’ve asked to help me host this contest.  The ever-poetic J-Dub couldn’t find a winner if it was presented to him in the form of a Twinkie.  After a perfect Week One, he’s tallied negative points four of the next five weeks.  And then there’s KP, who has yet to turn his homework in on time.  This week he went an astounding zero-for-five.

As for the rest of you, I am at a loss… which is exactly what all of you are doing in this contest so far: LOSING!

Hank, minus six for the week, minus fourteen for the year.

Fibbs, minus three for the week, minus twenty for the year.

Captain White Belt, minus one for the week, minus seven for the year.

Deacon Blues, minus eleven for the week, minus twenty-five for the year.

Kid Sheraton, A PLUS ONE FOR THE WEEK but a minus thirteen on the year.

Sauze Bauze, minus four for the week, minus thirteen for the year.

D$, minus nine on the week, minus seventeen on the year.

I am Dean Wermer and you are all my Delta House.  Fat, dumb and stupid is no way to go through life, boys and girls.  You are all now officially on double secret probation. 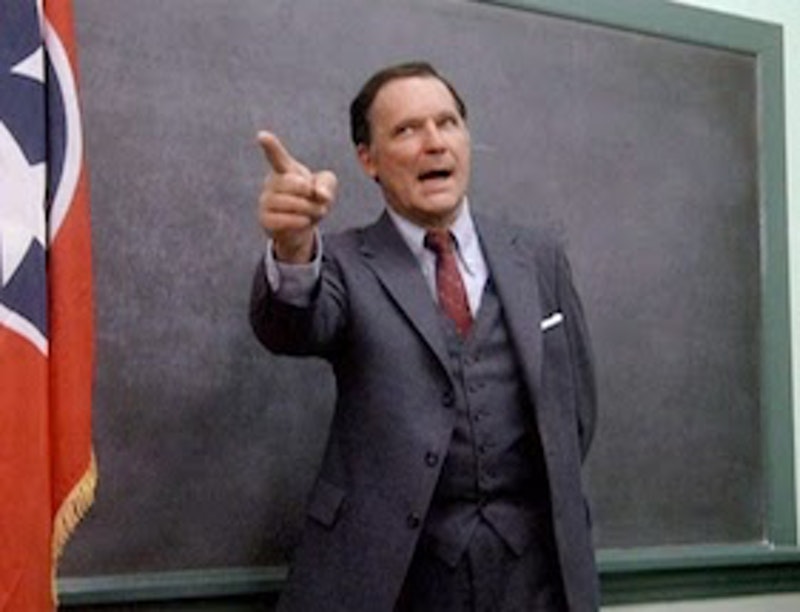 Of course, we all know that the animals of Delta House got the better of Dean Wermer in the end, however, if you wanna try and take my hundred bucks from me, I suggest you start soon.

Okay, that feels much better.

Here are this week’s gambling lines:

Panthers at Redskins (WAS -1)

Before I get to my picks, here are your standings:

FIVE POINTS – Two lines surprised me this week.  My five-pointer is one of them.  I get that the Browns are now relevant.  I get that nobody wants to play them.  But I’m not too sure they’ve played an offense (cold Steelers in Week One excluded) that is capable of putting up points like the San Diego Chargers.  I thought this line would be far larger than a single point.  In fact, it opened at one-and-a-half and moved DOWN which means people are betting the Browns.  I am not one of those people.  I love the Chargers here to remind Cleveland they are still Cleveland.  Give me the Chargers to cover the lone point on the road.

FOUR POINTS – Jameis Winston is back for the Buccaneers, which couldn’t have happened any sooner since Fitzmagic has since fitz-fizzled.  They just had a bye week to get their starting quarterback up to speed.  It won’t matter much.  One local radio blasted Coach Koetter for going fishing last Sunday.  Here’s hoping he went fishing for answers.  The Falcons have been one of the league’s biggest disappointments so far this season.  They sit at the bottom of the NFC South.  The over/under in this game is the second highest of the week which means Vegas is predicting a shoot-out.  Nonetheless, the Falcons will outshoot the Bucs and remind them who should really be at the bottom of that division.  Atlanta covers the three-and-a-half.

THREE POINTS – I’ve been pretty hard on the Dolphins this season and with good reason.  They’re still not up to challenging the Patriots for that division title.  They’ve been blown out the last two weeks by both New England and Cincinnati.  Those are tough road opponents.  This week, they bring their (lack of) talents back to South Beach to host the Bears, who are good, by record the best team in the NFC North but this weekend, that will even out.  I’ll take the Fish to cover the three at home against the Bears.

TWO POINTS – Am I the only one getting the sense that the Steelers are about to turn things around?  The Bengals sit atop the AFC North at 4-1 while the Steelers are at the bottom of the division, yes, even under the Browns.  This week, the Steelers will begin their climb to the top.  Las Vegas has the Steelers at only two-to-one to win that division.  This Sunday, they begin that quest in Cincy.  I’m taking the two-and-a-half.

ONE POINT – The Jaguars just picked up Jamaal Charles off the waiver wire.  Their star back is hurt (hamstring) and won’t be able to make it to Dallas.  The Jags are used to playing without Fournette but this weekend they head into Dallas to play a team needing a win.  The Jags are good but the Cowboys are desperate.  Since I’ve been in a taking mood all week, why stop now?  I’ll take Dallas and the three points thinking they’ll probably win this one outright.

Fly to the Mile High City

90 ticks on the Garden State

Has contract worth lots of bucks

FIVE – Pittsburgh Steelers at Cincinnati Bengals (-2.5)
It’s a rivalry with the Steelers traveling to Cincinnati to take on the division-leading Bengals. Yes, Cincy is in first, but they have been winning ugly. Meanwhile, Big Ben and the Steelers may be turning the corner after posting 41 points against the Falcons last week. Most importantly, the Bengals haven’t defeated the Steelers since 2015, a game where Le’Veon Bell tore his ACL. But getting back to Pittsburgh’s recent dominance over Cincinnati, it just further proves that when the big stage comes around, the Bengals, well… “you guys aren’t ready for that yet”.

But your kids are gonna love it. Either way, Steelers win.

FOUR – San Francisco 49ers at Green Bay Packers (-9.5)
Matt Breida is doubtful, joining the growing list of injured 49ers this season. That leaves CJ Beathard and Alfred Morris to battle Aaron Rodgers and the Packers at Lambeau Field on Monday night? But KP, Aaron Rodgers may have had a setback and could need a larger brace. Also, Randall Cobb and Geronimo Allison are still banged up. Guys, it’s Aaron Rodgers at Lambeau on Monday Night Football. You think that San Francisco can hang? “That’s about as funny as a screen door on a battleship.”

THREE – Buffalo Bills at Houston Texans (-9.5)
Every one of Houston’s games have been decided by a touchdown or less, including the last two in overtime. The Bills have been a bit of a Jekyll and Hyde squad, with both shocking wins and blowout losses. The key will be protecting Josh Allen against a ferocious Houston D-line. But in the end, let’s just look at the numbers, where the Texans are 1-9 in their last ten games against the spread.

If I’m wrong, I’ll just “make like a tree and get outta here”. Give me Buffalo and the points.

TWO – Jacksonville Jaguars at Dallas Cowboys (+3)
The Dallas pass game has been borderline non-existent, leaving Ezekiel Elliott to carry the load. Plug in the relentless Jacksonville defense, which is number one against the pass and Dallas will likely be one-dimensional again. Expect the Jags to stack the box against Elliott, forcing the Cowboys to get their pass game moving in the right direction. Jalen Ramsey is questionable, so if for some reason he misses, it could open a door for Dallas. Otherwise, the Cowboys could be drowning in mediocrity yet again. Quick, somebody grab a life preserver.

Give me – the dork with the life preserver – the Jags to cover on the road.

ONE – Chicago Bears at Miami Dolphins (+3)
The “shark still looks fake”… and so do the Dolphins. Miami followed a blowout loss to the Pats by squandering a 17-0 lead to the Bengals last week. Enter the Bears, coming off a bye and led by superstar Khalil Mack. Chicago’s top-rated run defense and top ten pass defense will give Miami fits. Meanwhile, the Dolphins, with a defense that has an NFL-high ten picks, will hope to force numerous Mitch Trubisky mistakes. But in the end, the week of prep and solid D will leave Miami’s fans feeling like they’re instead watching a really bad Jaws sequel.

Bears cover on the road.