Coming up with a different theme to incorporate into my weekly football picks is tricky business.  My prognosticating partners in crime already have theirs.  KP chooses a different movie each week and manages to cleverly tie in his picks with his flicks.  The ever-poetic J-Dub expresses his artistic license in the form of haiku.

This week, a theme suggestion came from the unlikeliest of sources.  The lovely, effervescent and ever-spreadsheet-helpful BCole suggested I go with a “How the Mighty Have Fallen” theme, referring partially to the Patriots losing to the Titans but probably more so to my slipping in the polls.

I am here to reassure you all, however, that just as rumors of the Patriots’ demise have been greatly exaggerated (just wait until December and January), similarly any talk of SportsChump on the snide is also fake news.  Merely a bump in the road, my peeps. 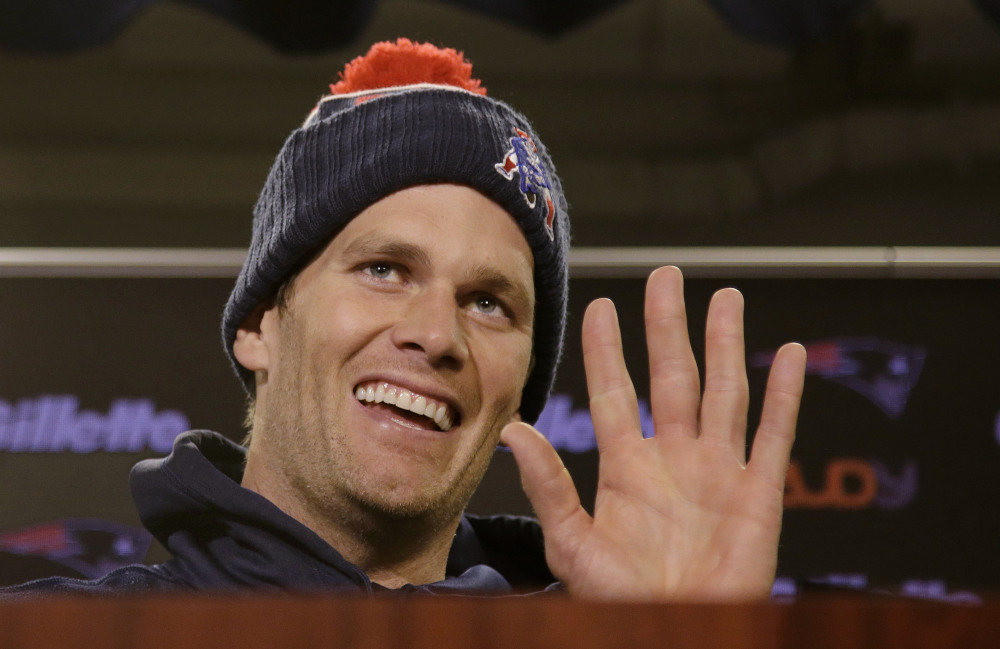 As for now, there’s a new sheriff in town and his name is not Reggie Hammond.  We’ll get to him and the standings in a minute but first, I present, this week’s NFL lines.

And now… for your updated standings:

I’m gonna fly off the cuff considering it’s been a big sports week for me (more on that to follow when the dust settles).  I’m keeping my picks short and sweet this week so here goes nothing.

I took the Raiders last week only because I was thinking to myself Jon Gruden can’t be all that bad.  But he is.  He is that bad.  As is his football team.  These Raiders have absolutely no interest in winning.  In fact, I heard a rumor that they’re rolling out homeless people to suit up and start.  Those rumors have been confirmed upon watching them play football.  Insert Jew in the desert joke here.  This Sunday, rookie Josh Rosen picks apart an uninspired Raiders defense more so than he did against the probably better defenses he faced in college.  Cards cover.

I love the Chiefs.  This team, at a minimum, should reach the AFC Championship game.  However, in this case, I’m going to do some simple math.  The Chiefs barely lost to the Patriots earlier this season.  They’re bitter.  The Rams got smoked by the Saints.  They’re even more bitter.  Not only that but the Rams might be suffering from a little Chiefs envy.  The Chiefs and the Saints are the toasts of the league while everyone has started counting out the Rams.  Not so fast, my friends.  This game has been moved from the (literally) downtrodden turf of Mexico City (don’t build that wall just yet) to the semi-friendly confines of wherever it is the Rams play.  They’d been practicing in high altitude in preparation for that Mexico game, which will come in handy when they play with the high-flying Chiefs.  The Rams should have enough to frustrate KC and remind the world they can be beat.  I’m taking them to cover in what should be one of the most entertaining Monday night games we’ve seen in years.

The Giants have been one of the league’s worst teams.  In fact, they’ve been comically bad.  People are calling for Eli Manning to retire while Odell Beckham and his proteges are shadowboxing sideline items out of mere frustration.  Fortunately for them, Giants fans will finally have something to cheer for this weekend as a team that is actually worse than them travels to New York to play in a gimme for a team that desperately needs one.  The Giants are bad but have at least shown some semblance of decency lately.  The only thing the Buccaneers have done consistently is turn the ball over.  Tampa Bay ranks dead last in takeaways at -19.  They’ve benched their number one draft pick, fired their kicker and defensive coordinator and are probably just getting started with the pink slips.  Methinks there are more heads to roll after the Giants (2-7) sink and already sinking pirate ship.

The Steelers are finally over the Le’Veon Bell drama.  The Jags, however, are not over the Leonard Fournette drama.  Having played in only three games and tallied one rushing touchdown, Fournette is not the runner he was last year.  Last January, the Jacksonville Jaguars went into Pittsburgh and shocked the world by beating the Steelers.  This weekend, the Steelers won’t shock the world when they walk into Jacksonville and get some revenge.  I’ll take Pittsburgh on the road as they cleanse their Le’veon souls and for all intents and purposes put an end to the Jaguars season.

Texans (-3) at Redskins for ONE CONFIDENCE POINT

Last weekend, with a makeshift offensive line, the Washington Redskins beat a poorly coached, uninspired Buccaneers team.  There’s a world of difference between the Texans defense and the Buccaneers defense.  If the Redskins trot out that same game plan against a playoff-ready Houston front seven, Alex Smith could be in for a world of hurt.  I’m taking the Texans on the road to cover against a Redskins team whose comfortable division lead might soon diminish.

Ending with a Texas feast

FIVE – Pittsburgh Steelers at Jacksonville Jaguars (+5.5)
This seems risky on paper, yet here I am, giving this game my highest confidence of the week. You saw the Steelers completely dismantle the Panthers last week, right? Yeah, me too. We have seen the Jags on defense this year, as well. That was the strength of last year’s team that beat Pittsburgh twice and forced Big Ben into Nathan Peterman-like performances. This year? Try five straight games of allowing 20 or more points (three at 29+).

Let’s check the home-road splits: Pittsburgh is 3-0-1 on the road while the Jags are just 2-3 at home. OK, what about some other kind of motivation? James Conner is healthy (no concussion) and having a great year. Le’Veon Bell is officially done in Pittsburgh and the raid of his locker has only appeared to bring the Steelers closer together. Le’Veon did it for the money, guys, not for “uh, investing in companies that are ethically and morally defensible”.

OK, I feel better about this game again. Steelers cover on the road.

FOUR – Houston Texans at Washington Redskins (+3)
The injuries just keep piling up for the Redskins. The offensive line is patchwork, as Washington eagerly awaits the return of Trent Williams. Chris Thompson and Jamison Crowder are also out. “Yeah, we lost a lot of good men out there.“ Translation: Alex Smith will have no time to throw and few starters to throw to. The Texans, meanwhile, come off a bye and should be rested and ready. Demaryius Thomas has had more time to get acclimated to the offense. A solid defense, highlighted by J.J. Watt, should spend plenty of time in the backfield chasing Alex Smith. Washington’s defense is solid, but will burn out by the second half. Why? Because, well… “we lost so many good men out there”.

This ain’t the French Foreign Legion – or the Yankees. Texans cover on the road.

THREE – Dallas Cowboys at Atlanta Falcons (-3.5)
The Cowboys must feel rejuvenated following a big win over the rival Eagles last Sunday night. One big bird down, and the Falcons are next. Speaking of Atlanta, the Falcons followed a dominating win over Washington with an ugly loss to the Browns. Dallas fans must be thinking: “Let’s go kill some birds. I’m psyched”. Go ahead and torch our top ten pass defense and shut down our new number one receiver, Amari Cooper. That’s the Dallas fans speaking – not me.

I’m not sold on Dallas, if you couldn’t tell. I’m not sold on Atlanta, either. However, the Cowboys are actually 1-4 away from home and the Falcons are 3-2 at home. The key lies with Atlanta’s defense.

The quail population is overpopulated. On Sunday, the falcon population will be, too. Give me a big day from Julio Jones and Matt Ryan, as the Falcons cover at home.

TWO – Oakland Raiders at Arizona Cardinals (-4.5)
The Cardinals hung with the Chiefs last week, which is a positive sign. David Johnson had a strong week against KC and Josh Rosen is growing in the QB role. Toss in Arizona’s top five pass defense and home field advantage, and well, there’s a lot to like here.

The Raiders, on the other hand, well… not so much. Hey, Oakland, “It wouldn’t kill you to play some competitive sports, once in a while”.

“Would that make you love me?” Well, yeah, it would.

Oh, and by the way, the already atrocious Raiders will be without Jordy Nelson and Martavis Bryant in the pass game. I mean, honestly, the SportsChump could try out and make the team.

ONE – Cincinnati Bengals at Baltimore Ravens (-4.5)
“Crab cakes and Football. That’s what Maryland does!” C’mon, guys, you knew this one was coming. And yes, I was waiting to post Wedding Crashers quotes during a week when I picked the Ravens.

As for the game, this isn’t the time for a “Flacco is/isn’t elite” debate. The Baltimore QB is doubtful and unlikely to play. That leaves rookie QB Lamar Jackson and RGIII (or as I used to call him with the Redskins, RGIII-and-out) splitting reps in practice. This leaves open questions, with Jackson likely to start.

Meanwhile, Cincinnati is last in total defense (454.6 ypg allowed). A.J. Green is out again, which hurts a Bengals pass game that will face a Baltimore defense that is third against the pass. So, in the end, cook up those crab cakes. Maryland style only. Ravens cover at home.

8 Replies to “Week 11 NFL picks and lines: How the Mighty Have Fallen”