Upon a recent, giggly cellphone conversation about football and all things otherwise, Croshere and I broke into a discussion about the current state of the NFL and more specifically the contracts offered the league’s highest-profiled position.  Croshere’s hypothesis, which we’re about to prove here in just a moment, is that in a salary capped league, contracts which dedicate that much money to a single player are detrimental to a team, handcuffing a franchise and don’t allow them to sign other talented players.  Furthermore, we argued, said deals are not sustainable in the long term.

Let’s take a look, shall we? 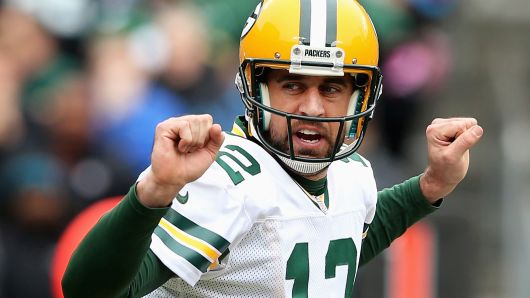 The NFL salary cap for 2018 was $177 million.  That means that Aaron Rodgers, who made $33.5 million this year as the league’s highest player, tied up 19% of the Packers’ salary cap.  Granted, Rodgers is Green Bay’s most important player but he can’t do it all on his own.  There are 53 players on an NFL roster.  That means the remaining $143.5 million is split up among 52 players, for an average salary of $2.75 million.  I hope Rodgers is footing a lot of the dinner bills.

So, what is a brother to do?  NFL owners should take note; this is not an anomaly, this is a trend and most likely an unsustainable one, particularly if a team has its sights set on the post-season.  How are the Packers, Falcons, Niners, Lions and Raiders supposed to construct a well-balanced roster when so much of their spending is focused on one player?  Clearly this system is not beneficial for those teams stuck in this predicament and is reason 153,235,538 why the NFL could crash and burn before our very eyes unless it addresses the problem.

I’m never going to fault a player for maximizing his earnings in a league where his career can be over at a moment’s notice… unless his paycheck limits the talent his team can sign.

In 2018, Baker Mayfield made $8 million, Mitchell Trubisky and Jared Goff $7 million, Carson Wentz $6.7 million, Marcus Mariota $6 million, Patrick Mahomes $4 million, DeShaun Watson $3.5 million.  Dak Prescott only made $630,000.  These quarterbacks are all on playoffs teams or teams that came awfully close.  The same cannot be said for the gentlemen making thirty times that!

It’s why former Green Bay safety Leroy Butler trolled Aaron Rodgers after his late season loss to Trubisky’s Bears that all but spoiled their season.  When a guy is making that much, the criticism rolls quite easily off the Twitter account.  The Bears are a far more well-rounded team because they have more money to spread around.  While Aaron Rodgers sells tickets, the Bears have an extra home playoff game to sell tickets to.

When these initial contracts expire, guys like Trubisky and others will be looking to be paid… as will others looking for their fair slice of the pie.  By the time that happens, the salary cap will likely also have increased.  It’s hard to imagine a day where the quarterback isn’t the highest paid player on the NFL roster but you can’t convince me that Patrick Mahomes is any less valuable to his team than Stafford, Ryan and Carr are to theirs. I don’t see those last three garnering MVP votes.  What’s to stop a guy like Mahomes demanding his slice of the pie once he’s proven his worth?  Can you imagine what four more years of him playing like he has will garner on the open market?!?  When he gets there, Kansas City better do some delicate juggling. 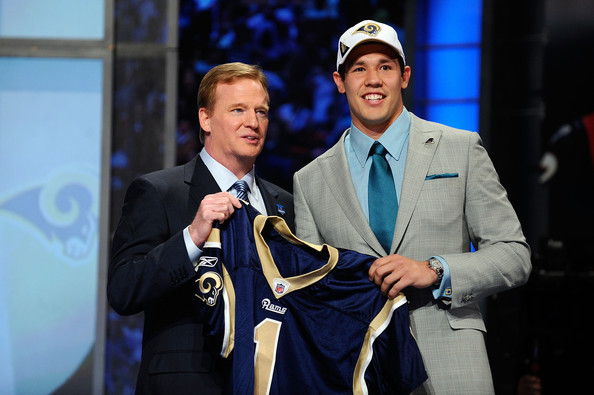 Fortunately for the NFL, these things generally have a way of working themselves out.  In 2010, the Rams selected Oklahoma’s Sam Bradford number one overall.  At that time, there was no limit to what a rookie quarterback could make.  Players signed for what the market demanded and they got filthy rich.  The Rams signed Bradford to six year-$78 million before he had even taken a snap.  Since that draft, he has played for four teams and has a career losing percentage as a starter.  After the Bradford debacle, teams agreed it was no longer sustainable to given unproven players that sort of money.  The players association supported the decision as league veterans also felt it was unfair that kids right out of school make that sort of money without proving their mettle.

But what about a guy that has?

It’s up to the NFL GM to find value and balance on his roster or part ways with quarterbacks who aren’t worth near what they’re getting paid.  Are you listening Derek Carr and Matthew Stafford?

Slinger’s soaring salaries won’t abate any time soon, not when it’s the amount teams are willing to pay.  So, what’s a league to do in order to buck this trend and allow for more equality and fair play?  Increasing the salary cap is one thing.  Perhaps even instituting a rule where no player can earn more than a certain percentage of his team’s salary cap but the players union would never go for that.  How willing will a player be to take less that what the market will bear for his services?  Such sacrifice is far more a rarity than the norm.

Either way, something has to give.  The market generally has a way of correcting itself, as it did with the Bradford rookie deal but there is cause for alarm.  The current contracts signed by some of these quarterbacks is no longer viable, not if these teams want to remain competitive in a league that promotes parity.  Not only did the Falcons, Packers, Lions, Niners, Vikings and Raiders (the six teams with the top paid quarterbacks) all miss the post-season, there is nothing to indicate they’ll improve in the near future.  Not with roster compensation so lop-sided.

It will take time for handcuffed teams to recover from these deals they got themselves into and that’s on them.  Unfortunately for them, time is something not even $33 million a year can buy.

8 thoughts on “Salary disparities and the NFL quarterback contract: Guess who’s missing from this year’s playoffs.”