I am thoroughly disappointed by the events that led to the outcome of yesterday’s game. Getting to the Super Bowl is incredibly difficult to do and takes such an unbelievable commitment from a team and support from its fans. No team should ever be denied the opportunity to reach the title game (or simply win a game) based on the actions, or inactions, of those charged with creating a fair and equitable playing field. As is clear to all who watched the game, it is undeniable that our team and fans were unfairly deprived of that opportunity yesterday. I have been in touch with the NFL regarding yesterday’s events and will aggressively pursue changes in NFL policies to ensure no team and fan base is ever put in a similar position again.

With less than two minutes left to play in the NFC Championship Game, Drew Brees threw a pass to the right side of the field to an open wide receiver, Tommylee Lewis.  Depending on whether you’re a Rams fan or a Saints fan, Lewis was leveled either a split second before or well before the ball was to hit him the hands.

No penalty was called. 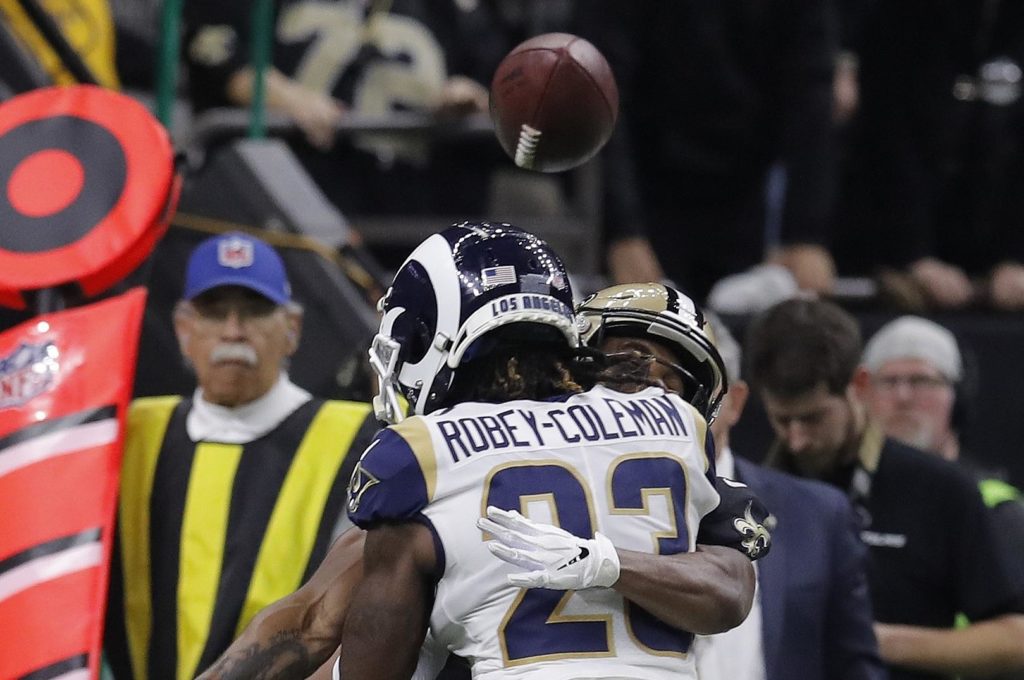 We all know how things proceeded from there.  Had a whistle been blown, the Saints could have taken a knee, run out the clock and advanced to the Super Bowl.  Instead, the Rams took control of the ball again and ended up winning the game in overtime.  Los Angeles, instead of New Orleans, is Super Bowl bound.

Saints fans were (and most definitely still are) in an uproar, as were NFL fans nationwide, wondering how a call of that magnitude could have been missed.

Technically, two fouls were committed on the play, one for pass interference and the other for targeting, with the defensive back’s helmet crashing directly into the helmet of the defenseless wide receiver.  The NFL has done everything in its power to combat this sort of hit in the spirit of player safety yet again, no call was made.  Upon further review, you can even see Nickell Robey-Coleman look around for a flag after laying the lick, then celebrating subtly once no laundry was to be found.

By now you’ve already heard everything there is to hear about how the swallowed whistle ruined the Saints’ chances to compete for another Super Bowl.  But here’s one argument you haven’t heard.

Tommylee Lewis could have totally drawn that flag.

In the NBA, there is such a thing called flopping.  A flop is a way for a defensive player to draw a charge, or a foul, by tricking the referee into thinking there was contact when there wasn’t.  Flopping became so rampant in the NBA that a) many fans became turned off and b) the league had to institute a no-flopping rule where players were eventually fined and even suspended if they continued this sort of behavior.  Flopping still exists in the NBA but it’s nowhere near as bad as it once was. 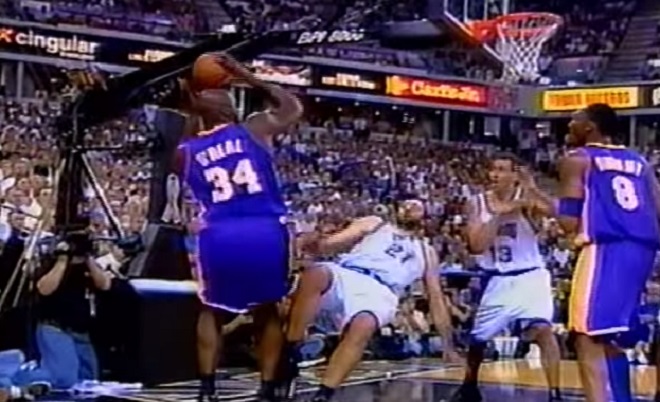 Tommylee Lewis’ momentum and adrenaline brought him up immediately after he was sent flying to the turf after the Robey-Coleman hit.  Lewis wasn’t hurt… but had he stayed down just a little longer, feigning injury, he probably could have convinced the ref to throw that flag.  And that would have been all she wrote.  The difference between winning and losing is often razor thin.

In retrospect, a more experienced wide receiver might have stayed down long enough to draw that penalty.  And you know what?  He would have been right to do so.  Lewis is only in his third year.  Any one of Tom Brady’s receivers would have known better.

Clearly in this case, there was contact and a call should have been made but is that something that the game wants?  Do we want NFL players resorting to NBA or soccer-style tactics where they do their best flop impression to elicit a call?  They already do that enough.  Certainly, such behavior is not to be condoned but I’ll tell you one thing.  If I’m a coach and I know that one of my player’s working a referee might make the difference between a trip to the Super Bowl or an extended vacation, I’ll be damned if I’m not going to tell the kid to sell that call.

This is a problem the NFL needs to address.  The last thing the league wants is fans thinking their sport is fixed (which many fans already do).  The second to last thing they want is players (already perceived as ungrateful thanks to the anthem predicament) arguing every whistle or lack thereof.

One of the greatest (and most frustrating) things about sports is the human element; there is always a chance for error.  That’s what makes the games great.  That’s also what makes them frustratingly gut-wrenching, especially if you’re a Saints fan. 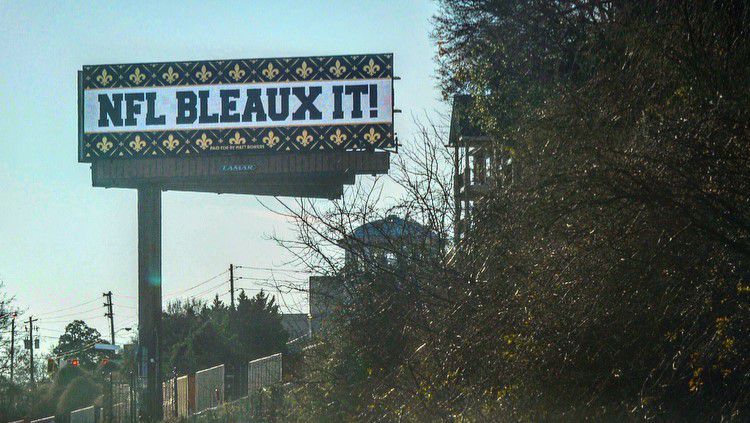 The Saints still had multiple opportunities to win that game.  They were up 13-0 and should have been able to hold off a young upstart Rams team.  They didn’t and it came down to a whistle, a whistle that was not blown.

After Sunday’s debacle, the NFL will undoubtedly look at how it officiates its product, as it does every off-season.  You can bet your ass that Mrs. Benson will be leading that charge.  Looking at ways to perfect the imperfect element of sport is no easy task.  The league does not want coaches telling players to lay down and elicit a call.   That will only exacerbate the problem instead of making it better.

The NFL has a chance to make things right this off-season.  Here’s hoping they do so because they most certainly didn’t on Sunday.

12 Replies to “The evolution of a problem”