I took a straw poll in the bar Saturday night, the night before the big game.  I asked about 30 different customers to pick what they felt would be the final score of Super Bowl LIII.  Of course, predicting such a score on the button is a virtual impossibility but the point is that not a single one of them came close.

Not by a smidge.

With all the hoopla surrounding Super Bowl LIII, not a soul thought it would turn into a defensive struggle, however, in retrospect, predicting such an outcome wasn’t as farfetched as everyone imagined.

Las Vegas listed the game’s over/under at 56 ½.  That means they expected both teams to combine to score that many points.  The smart money, or so they called it, was on the over.  That smart money was grossly misplaced.

For the better part of this game, nary a touchdown was scored.  It wasn’t until midway through the fourth quarter that Patriots running back Sony Michel finally carried the ball into the end zone, giving the game its first – and only – score that wasn’t a field goal. 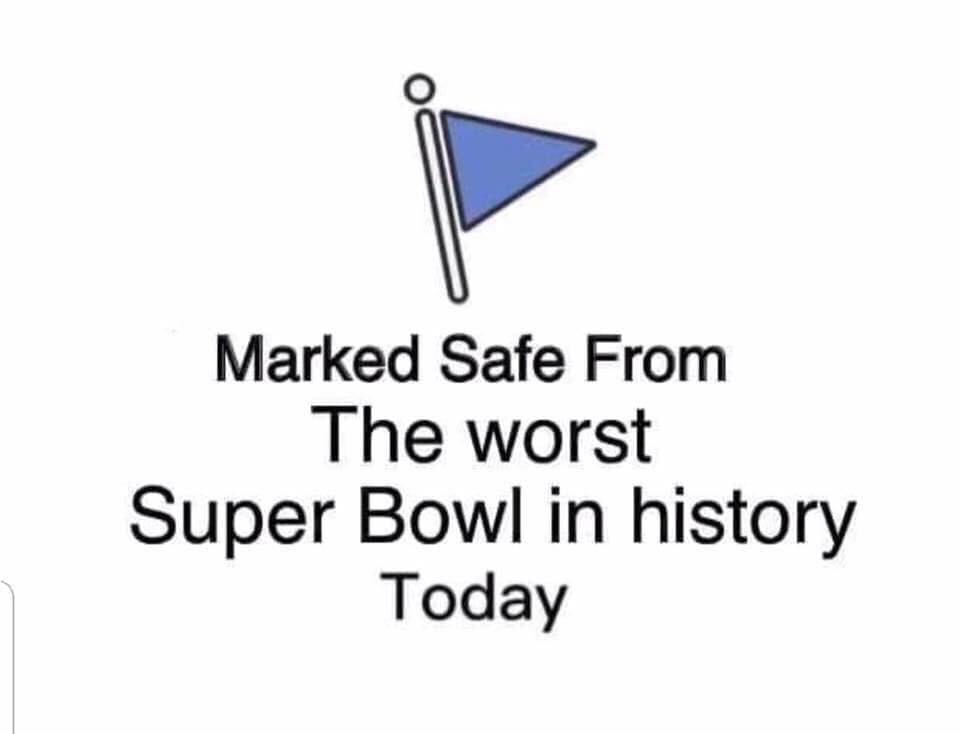 Throughout the game and well after it, social media was replete with posts about how horrible the game was and that it was far too low scoring.  My friends on the multiple SportsChump text lines agreed.  Goff couldn’t complete a pass, the Rams couldn’t convert a third down and the great Tom Brady was playing very ungoatlike.

Well, allow me to retort.

Many people refer to the 1991 World Series between the Braves and Twins as the greatest of the modern era.  This series went seven games and the final scores were 5-2, 3-2, 5-4, 3-2, 4-3 and 1-0.  There was one high-scoring game in the bunch that ended 14-5 but that was the anomaly of that series.  That seven-game stretch was characterized by great pitching, timely hitting, solid defense and very little scoring.

Super Bowl LIII hardly saw great quarterbacking play; yards were at a premium.  Jared Goff held on to the ball far too long and played as one would expect a young quarterback to play in his first ever Super Bowl.  Todd Gurley wasn’t any better.  The Rams’ normally high-powered offense was anemic.  They punted on their first eight possessions.  Goff’s counterpart wasn’t burning up the stat sheet either.  Brady went 21-35 for 262 yards.  It was just enough to win the game.

The final score of Super Bowl LIII was 13-3. 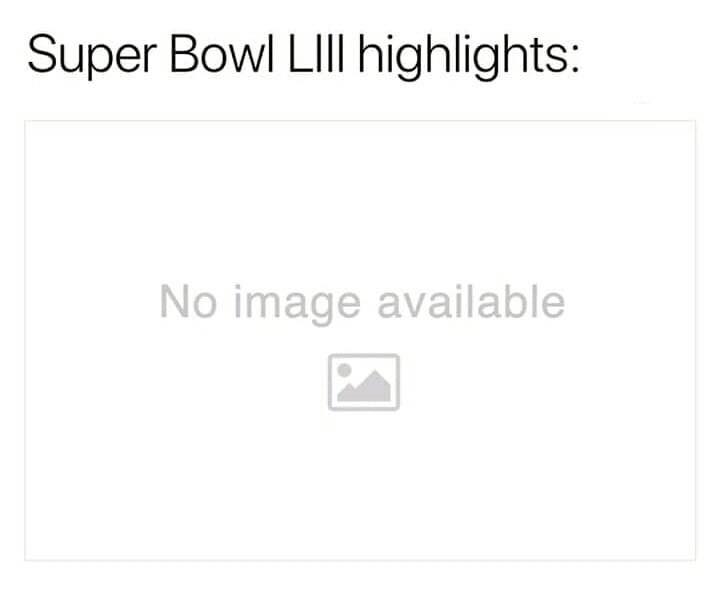 Countless viewers called it a snooze-fest, readily labeling it the worst Super Bowl ever but that’s because everyone was expecting a shootout.  Here’s a juicy tidbit for you.  Of the thirty people I polled, the closest anyone came to correctly predicting the score was 17-14 and they had the Rams winning.  No one could have ever foreseen a 13-3 final, not from two of the league’s top-five offenses, not when both teams were supposed to score a combined 40 points more than they did.

That doesn’t make this a bad game.  In my mind, it makes it a great one.

Have we fallen so in love with 38-35 finals that we can’t enjoy a defensive struggle?  Don’t get me wrong.  I was glued to the set when the Rams played both the Chiefs and the Saints earlier this season.  Those games finished 54-51 and 45-35.  But I’m also perfectly okay with seeing plays being made on the defensive end.  There were some bruising tackles made on Sunday and very few that were missed.  I’m pretty sure the ’86 Bears and 2000 Ravens weren’t complaining about the quality of play on Sunday.

With all the talk about the GOAT on one end and the high-falutin’ Rams on the other, we ignored how good these two defenses are.  The Rams defensive game plan was so good, they kept the greatest of all quarterbacks guessing all night long.  And the Patriots defense?  All they did was hold the second-highest scoring team in the NFL and the hottest young offensive mind in the game to only three points.  That’s the evil genius up to his old tricks.  And my kind of ballgame. 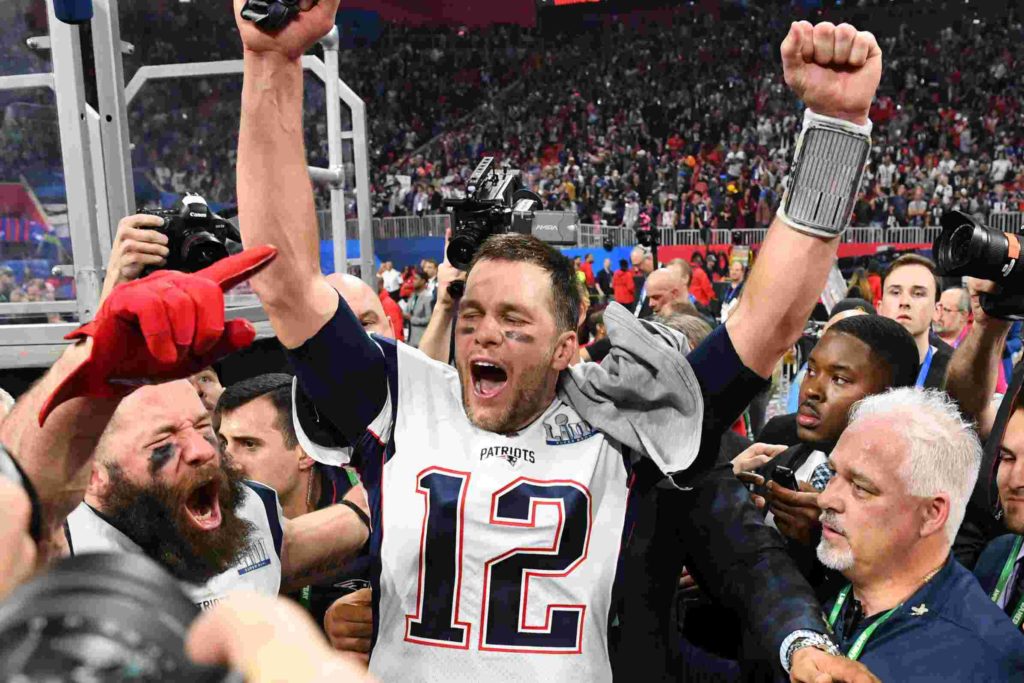 Just because it was the lowest scoring Super Bowl in history doesn’t make it any less entertaining.  Big plays were at a minimum making them all that more enjoyable when they happened.  Isn’t that better than seeing shoddy defense and a touchdown scored on every other play?

The fact that no team could muster a touchdown in the first three quarters only escalated the tension.  Furthermore, the fact that either team could score at any moment kept us watching.  That it only happened once made it no less of a ball game.

Football games are won and lost in the trenches.  If nothing else, Super Bowl LIII was a throwback, a testament to old school football and a pleasant change, at least in my eyes, from the non-stop scoring we’ve become so accustomed to seeing.

You’ll hear plenty of people talking the next couple of days about how bad that game was.  You might even agree but if you want a bad Super Bowl, look no further than five years ago, Super Bowl XLVIII when the Seahawks dismantled an aging Peyton Manning and his Broncos by a score of 43-8.  That game was over within the first few minutes.  How quickly we forget.  At least this one we didn’t turn off.

You might be in the lot who wants to forget Super Bowl LIII and that’s perfectly okay.  History, however, will ultimately dictate how this game is remembered.  Don’t be surprised if it turns out to be a watershed moment for the sport, the end of one era and the beginning of another.  I recommend you enjoy Super Bowl LIII for what it actually was.  A hard-fought, bruiser of a football game whose true meaning we might not yet appreciate.