As consumers of modern culture, we remember exactly where we were during certain important moments in time.  We are not of the Kennedy-MLK assassination generation; my age group’s memorable moments (9/11 excluded) are much more frivolous.

I remember exactly where I was the day Magic Johnson announced he had HIV.  I was sitting at my bedroom desk listening to the radio.  This was back when people still listened to radio and didn’t know that people could live with the disease.  I remember where I was when I heard Shaquille O’Neal was leaving the Orlando Magic.  I was playing pick-up basketball about three miles away from where Shaq first laced ‘em up in pinstripes, the old Amway Arena where he had taken a young team to the NBA Finals and most likely would have again had he not headed west.  Without him, the franchise would never be the same.

Those same shocks to the system occur when your favorite band breaks up.  For me, in high school, it was all about the Police.  Not long after graduating, I spent a summer in Martha’s Vineyard.  I landed my first ever job at 17, stocking the shelves at a local grocery store.  It was 1986 and the Police had just broken up.  Over the mono sound system at work one day, while I was stocking cans of green beans and other such bomb shelter readied goods, I heard Sting’s first ever solo recording of Message in A Bottle.  Sending out an S.O.S., I cried like a school girl… or more appropriately like a schoolboy who had heard his favorite band has just broken up. 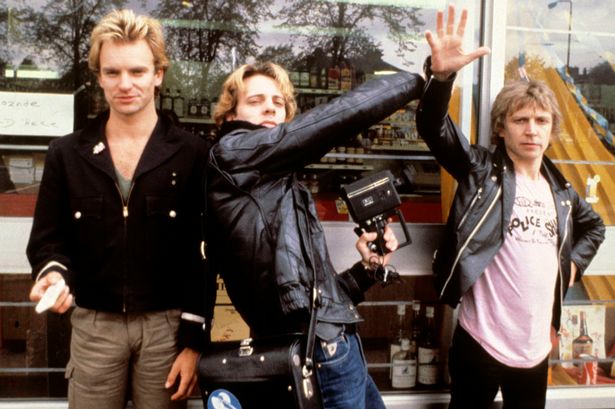 I’m not too sure rock band break-ups still resonate like they did back in the past.  Heck, it’s not like Jay-Z can “break up.”  He can just stop making albums.

This week, I heard the news that one of my other, favorite bands is breaking up.  You’ve likely never heard of them.  Not too many people have and they’re okay with that.  People Under the Stairs have been putting out quality, underground hip-hop for years with barely any radio play.  And that’s perfectly fine by them.  The P were never about getting rich and famous or becoming hip-hop moguls.  They were about making good music and they sure as hell did that.

I was driving in my car when I received the upsetting news via Luke of the Perfect Hair, an audiophile in his own right, who knew I was obsessed with the band.  According to an L.A. Times article he sent me, the P was calling it quits.

After an impressive and uber-funky discography, like so many other bands who have been making music for over twenty years, the P had simply run out of things to say.

I’m lucky enough to have seen the P perform twice.  Once many moons ago in Gainesville, a rare East Coast trip for a band that rarely travels to this side of the country and the other, a trip you all read about a few years ago on an excursion home to New York City with my primary objective to rock with the P.

Slightly younger than me, the People Under the Stairs (Thes One and Double K) apparently began struggling with, as they put it, “being the oldest guys in the club.”  The Who and Stones might be able to tour well into their seventies but hip-hop has a different feel.  I’m not too sure any of us will see 70-year old hip-hop legends wearing dookie chains and Kangols while performing to sold-out crowds who have aged just as gracelessly.  Regardless of the effect the art form has on our culture, it’s just not a very hip-hop thing to do.  Taking a lesson from their rock brethren’s mantra, it’s better to burn out than fade away. 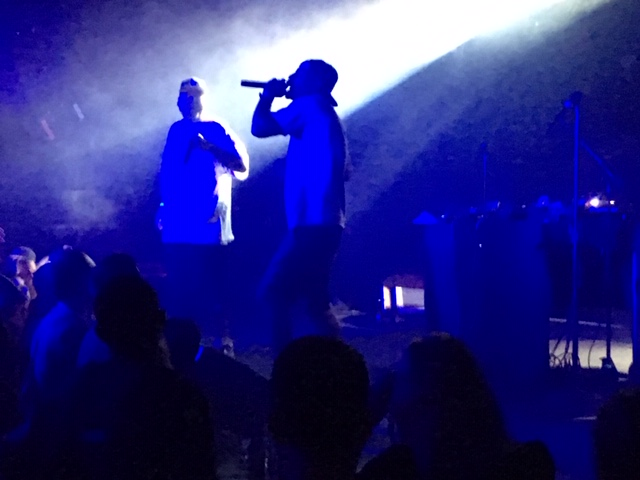 I’d be lying if I said that I didn’t get shook up upon reading the news that the People Under the Stairs were done making music.  The band is set to never delete on my workout list.  Their albums “O.S.T. (Original Soundtrack)” and “Questions in the Form of an Answer” are ingrained into my own soundtrack and have tallied countless listens.  I have personally run through four copies of O.S.T. on compact disc.  The band’s beats are throwback, their samples both obscure and familiar, their rapping styles contrasting yet cohesive and indubitably funky.  Their lyrics are often profound yet far more frequently casual, for as the tear-evoking article put it, theirs is “an outlook where life’s difficulties and drudgeries could be healed with a barbecue and/or a bag of weed.”

The P were accessible not only audibly but personally.  When I flew up to see them in New York City, Thes One came out after the show and signed autographs for fans who had attended.  I waited my time, intentionally becoming the last in line.  When it came my turn at the Sharpee, all I could do was give the man a hug, thanking them for the music they had created over the years.  He graciously spent a few minutes shooting the shit, shocked that I had traveled all the way from Florida to see the show. 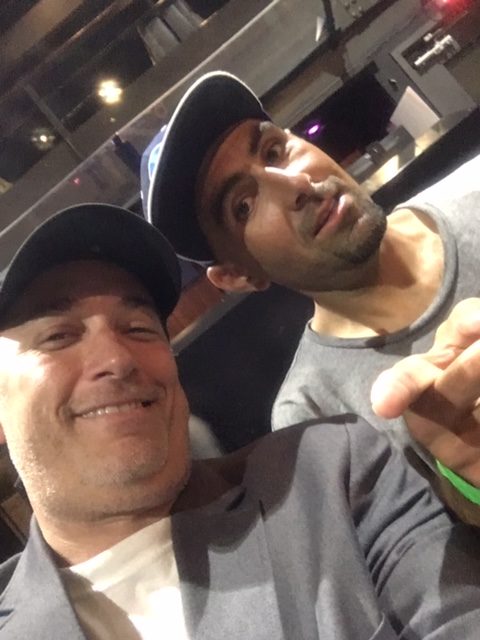 Many of you long time readers of the Chump know I live my life by the Stevie Ray Vaughan rule which refers to my time at the 1990 New Orleans Jazz and Heritage Festival where a younger, far more broke SportsChump chose to stay at the French Quarter drinking dollar beers rather than going to see Stevie Ray at the fairgrounds. Stevie Ray died in a helicopter crash three months later.

No matter how old we get, music still has the power to make us feel vulnerable, especially the day we find out we will no longer get the chance to see our favorite acts perform.

I drove around that day listening to their latest, and last, release entitled “Sincerely, The P.”  It’s their most mature effort by far, the sound of a band that knew its time had come.  They sample everything from Outkast to Martha & the Vandelas to the Beach Boys.  Their message is clear.  Sincerely, The P ties up their careers in a nice, funky little bow.  They have said everything they need to say.  This last album is a thank you to their adoring fans.

We are the ones who should be thanking them.

4 thoughts on “People Under the Stairs Call it a Wrap”