I started tending bar in the early 90s.  Little did I know back then, it would become my chosen profession, my passion, my calling.

After a few years of working at my very first gin joint, there was a buyout.  The new owner-to-be wanted to run a far more, streamlined business.  There was even talk about him putting cameras in the establishment to more closely monitor his investment.

Back then, this was a bold move.  Those of us dedicated to the workplace wondered why the man would do such a thing.  For us old school employees, it caused quite a stir.  My boss at the time reassured me that if I was doing nothing wrong, there was no need to worry.

Cameras were eventually installed to make sure each and every employee was on the up and up.

Thirty years later, I work in another successful establishment that also has cameras everywhere.  Once again, they are in place to protect the owners’ investment and to maintain the integrity of the establishment.  In a cash-rich environment, and one that often involves a hint of violence, cameras are in place to ensure things go as they should.

If any of this sounds familiar, that’s because in a parallel industry, cameras exist to make sure things go as planned.  They’re just being used inappropriately. 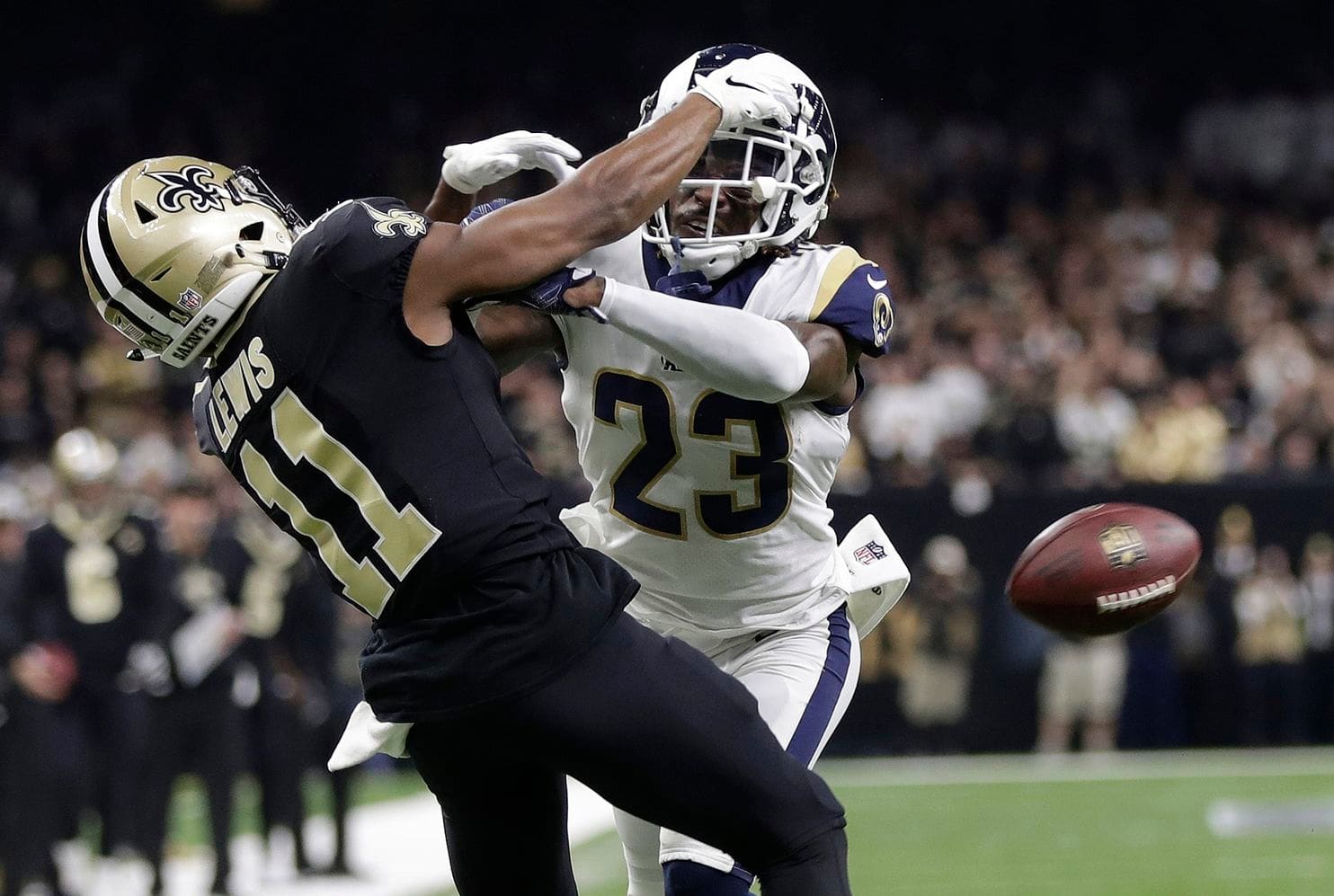 For example, things did not go as planned last January when a defensive back hit a defenseless receiver, allowing a potential game-winning touchdown to fall to the ground incomplete.  Blatant to everyone except the referee not making the call, illegal contact was let slide.  It cost one team a Super Bowl berth and allowed another to go in its stead.  It was a blemish on a league that has done everything in its power to make sure its officiating is error-free.

Just like in my saloon so many years ago, there was a turning point that prompted ownership to hold people accountable for their actions.

The NFL announced for the first time ever that next season, pass interference calls would be reviewable.  This might not sound like much to the average Joe but it’s actually a huge deal.  In no other major sport are referees’ judgement calls put into question.  This could be the start of something big.

In baseball, a manager can argue balls and strikes until he’s blue in the face to no avail.  The umpire will not be swayed.  In basketball, a coach can argue contact or lack thereof, with the referee only answering with an explanation of what he did or did not see.  Only in tennis has technology been successfully implemented to remove a line judge from making uber-close calls on balls that hit or miss the line… and those aren’t even judgement calls.

The NFL has generally been behind the trends for fear of upsetting its $10+ billion apple cart but it is now taking the lead by admitting that yes, officials are human and they do make mistakes.  The last thing the league wants moving forward is an entire town like New Orleans calling the league a crock of shit for keeping its team out of the world’s largest sporting event because a guy blinked.  It should come as no surprise that Saints head coach Sean Payton spearheaded the call for change. 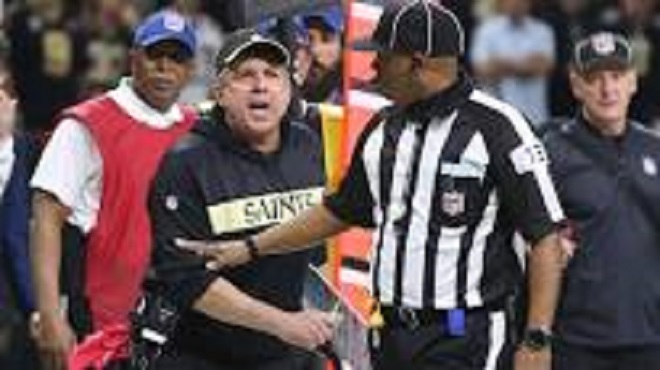 It’s not all sunshine and roses just yet though.  As with any new rule and regulation, the implementation will assuredly bring growing pains.  One referee warns that the NFL is looking for perfection in an imperfect game and that reviewing P.I. calls will only open a whole new can of worms.  To him I reply, embrace the change because this is only the beginning.

Because it’s never been done before is no excuse to continuously get calls wrong, which is what the NFL has done for years often at the games’ biggest moments.  Heck, it took until last year for the league to determine what constitutes a catch.  If the NFL plays its cards right, it can blaze a trail in professional sports, by getting calls right through instant replay and by admitting that nobody, including themselves, is perfect.

Rest assured that all hell will break loose the first time a pass interference call is reviewed and not overturned but fans need to realize we are breaking new ground here.  Rome was not built in a day.  Calls will continue to be blown because humans make mistakes.  That’s why we have back-up in the form of a camera and now a challenge flag.  As long as this new rule, and its proper implementation can avoid errant, game-changing calls, that’s one giant step in the right direction.

I’m pretty sure the city of New Orleans agrees.