“It’s kind of disheartening.  The talk over the last few days was nothing about basketball and everything about foul calls.  Is that what this game is coming to?”

It’s finally upon us.

No disrespect to the Portland Trailblazers or the upstart Denver Nuggets playing in the other Western Conference Semifinals but Houston Rockets vs. Golden State Warriors, Part Deux is the sequel NBA fans have been craving since last June.  To be fair, Houston-Golden State has been, and probably will be again, a more entertaining series than whoever we see in the NBA Finals… playing against Golden State. 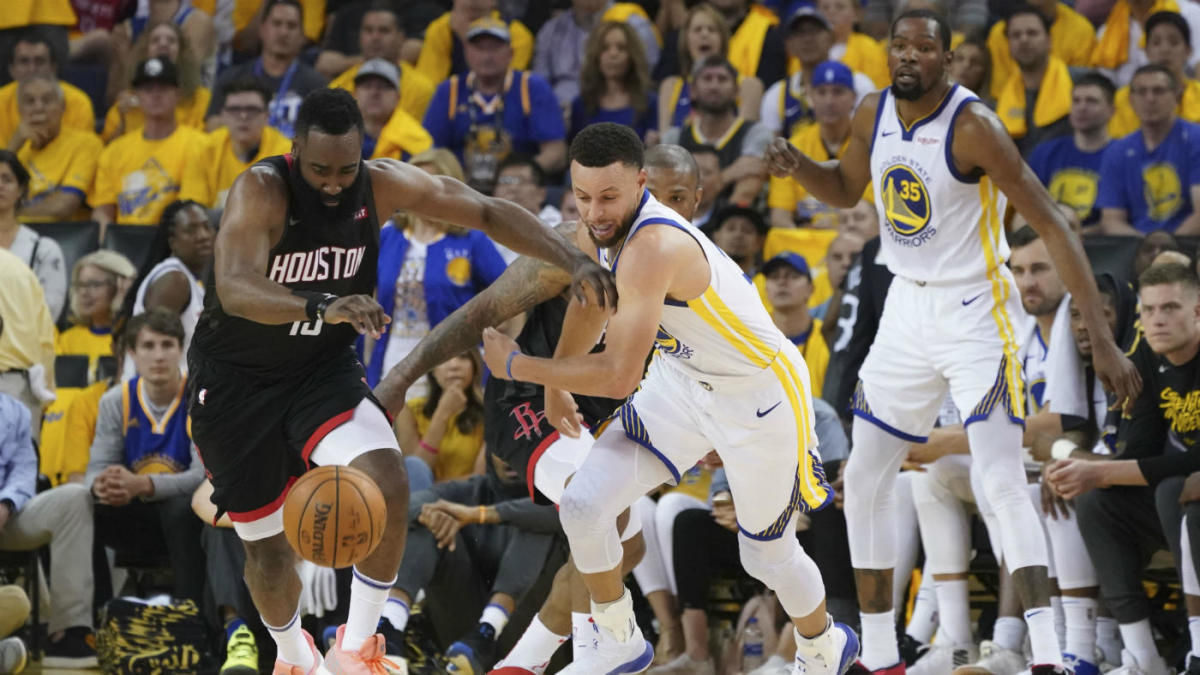 I say that because those residing within SportsChump Manor, and many more outside its friendly confines, consider a fourth Golden State championship a foregone conclusion.  That’s not to say I don’t find these playoffs exciting.  Quite the contrary.  A LeBron-less East makes that conference anyone’s contest… even though whoever wins it will ultimately lose to the Warriors.  Therein lies the beautiful inevitability of the National Basketball Association.

Don’t be surprised if Golden State-Houston grabs all the television ratings, as it should, for last year in Game Seven, Houston was a poor shooting night away (Harden has lots of those) from doing what only Cleveland has been able to do once in the past five years: beat Golden State four out of seven times.

If you tuned in to Game One on Sunday afternoon, you heard more whistles blown than by your average rush hour traffic cop.  Game One saw a total of 45 fouls called including five on Steph Curry, Andre Iguodala and PJ Tucker.  Houston’s Chris Paul was ejected from the game after being assessed his second technical foul with a minute or so left in the contest.

Ironically, the same number of fouls were called in Game Two (44) as in Game One (45), just with a lot less controversy.  There wasn’t a soul who played, coached or reported on Game One who didn’t have a beef with the officiating.

Don’t be alarmed for I am not here to do that.  You can now safely exhale.

It should be known that this series is incredibly difficult to officiate.  Both teams feature fast, talented, creatively athletic players whose ability to knock down jumpers from anywhere on the floor is topped only by their healthy disdain for one another.  In that sense, I sympathize with the referees.  With all eyes upon them, they have a difficult job to do.

That being said, while it has become standard protocol for a team that feels it was slighted by the refs, Houston complaining about the officiating is a bunch of hooey for if the officials were calling this series by the letter of the law, Harden would have fouled out after his sixth time touching the ball. 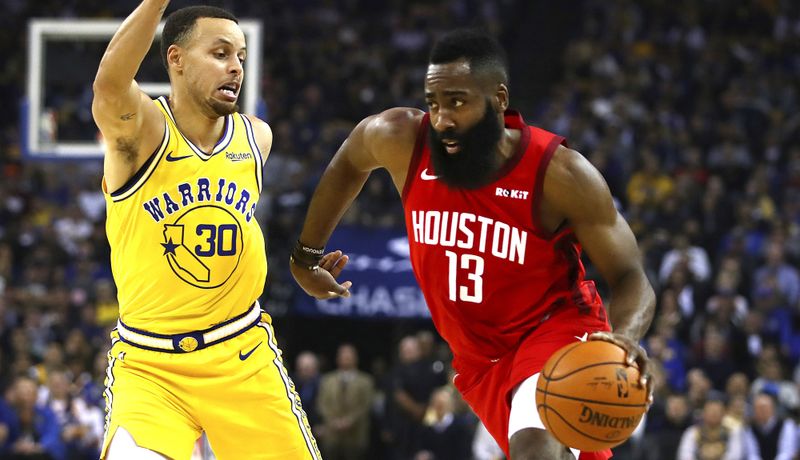 I can’t possibly be the only person who notices that when the left-handed Harden drives the lane, he pushes off his opponent to create space, far more than other players.  Such a move, even in the playoffs, is an offensive foul.  Furthermore, Harden kicking his legs out to draw contact is also a foul.  I didn’t see Chris Paul griping about that.

Instead, the officials allowed the players to dictate the terms, at least in Game One.  In the aftermath of the Tim Donaghy accusations, the NBA has come down hard on anyone who in any way criticizes the officials.  They are not the only professional league to do so.

I was not offended by calls or even missed calls that I saw in Game One.  It’s the playoffs, officials are human and calls will be missed.  This was not Saints-Rams.  It’s time for the Rockets to move on before they see this series slip away from them entirely.

Again, today’s NBA, and especially this series, is difficult to officiate.  The last thing the league wants is a missed call determining the outcome of a game, a series, or especially a championship.  The league will do its best to see that this series is officiated fairly.

Fortunately, Game Two was a step in the right direction with considerably less controversy and talk about the referees.  Here’s hoping it stays that way.