Kevin Durant is a fascinating, NBA character study.  His story is not entirely unique, unless you consider the fact that everything that happened to him happened to arguably the best basketball player on the planet.  His life’s story, like so many others, had its ups and downs, high highs and very low lows, but his ended up with him becoming the most polarizing figure in the National Basketball Association today.

The NBA Finals are over.  Durant barely played.  NBA free agency is looming.  His name is the biggest one out there.  His destination unknown, another tipping in the balance of power potentially forthcoming.  What better time to review Marcus Thompson’s unauthorized biography on Durant called KD: Kevin Durant’s Relentless Pursuit to Be the Greatest than right now? 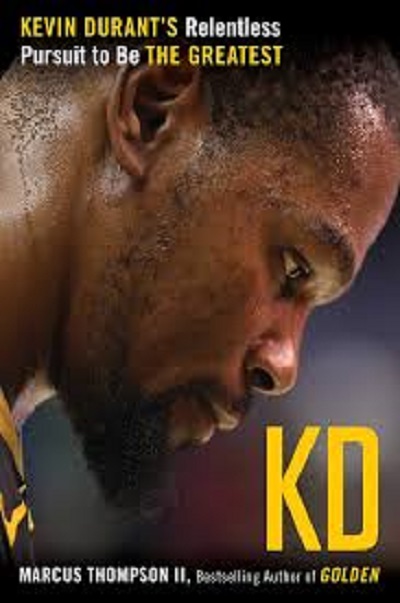 With his career hardly over and about to take another dramatic turn, Marcus Thompson’s book is very much a work in progress.  It did, however, provide a good deal of insight into what we might see next, as well as a careful background detailing much we never knew about the man so many NBA fans have come to hate.

In detailing Durant’s life, Thompson attempts to explain how this all came to be, how we turned on a player we once loved and how much of it was justified. It started long ago.

“Fluidity and drive that paired perfectly with his gangly frame, all knees and elbows, a point guard on stilts.”  Kevin Durant grew up in Prince George County, running “up and down the court as if his problems were chasing him.”  Durant’s stature and skill got him noticed early but growing up in Washington DC was no playground despite the amount of time Durant spent on it.  “The DC are was no joke.  Everyone walked around with their head on a swivel.  Surviving required hardening.  It was volatile and dangerous, characteristics that trickled from the drug game to the hoop game.  Poverty demands a minimum standard of resolve; leaving the house came with it a risk of harm.”

It was this upbringing that kept Durant humble yet determined.  It is also, as Thompson claims, why Durant never forgot where he came from.  “That’s why, even when Durant turned pro, he kept a steady presence in D.C. and PG County.  He wasn’t just giving back to the community but elevating one.  His presence made basketball in the area special.  He was living, breathing tangible evidence of what PG County could produce.”

Durant has also given back millions to the University of Texas where he played college basketball.  His path from the nation’s capital to Austin, Texas and onto Oklahoma City by way of Seattle where he was drafted second overall seemed like just another random path an NBA star might take.  So far, all was good.  Public opinion was still on his side.  Durant was still, likeable. 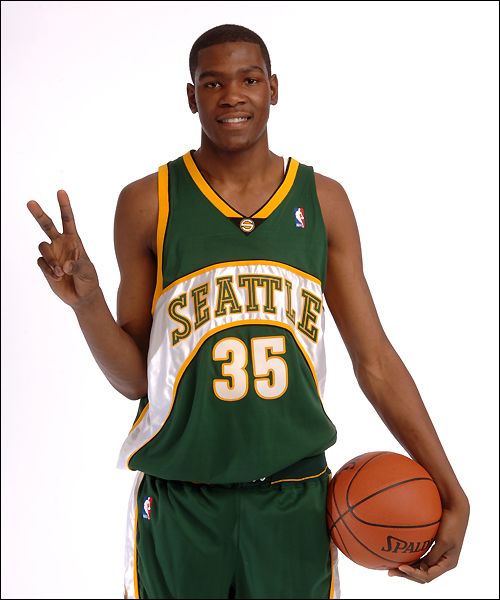 Then things went down in Oklahoma City that many choose to forget when they choose a side.  Loaded with talent, Russell Westbrook and James Harden played alongside Durant.  They reached an NBA Finals and appeared destined to challenge for multiple championships.  It didn’t quite work out that way.  Oklahoma City traded away a few key players and failed to come to terms with James Harden.  We now know the rest of the story.  Ultimately Durant left as well, figuring Oklahoma City wasn’t as serious about winning a championship as he was.

There is plenty in this book I did not know, explaining why Kevin Durant did what he did in leaving Oklahoma City, where a future seemed bright and a superstar appeared destined to fulfill the greatness with no signs of any asterisks.

It involved, of all places, a hookah lounge.

As we now know, Durant ultimately agreed with that text.  So changed the course of NBA history and the court of public opinion.  It is how Durant “became a lightning rod, a now-historic figure of an era that is currently both despised and revered.”

Durant had rented a vacation spot in the Hampton portion of Long Island, New York, where a meeting took place that “is now etched into NBA lore.  The Warriors’ contingent showed up eight deep.”  The owner, GM, assistant GM, head coach all showed up to the meeting to recruit Durant.  “But the highlight was the Warriors four best players: Draymond Green, Klay Thompson, Andre Iguodala, and reigning two-time MVP Stephen Curry.  The impression was immediate.”

As was Durant’s similarities to Curry, “down-to-earth, faith-based dudes with a genuine appreciation for the privilege of being in the NBA.”

The rest, as we know, is history.

Like so many other superstars, they are misunderstood and their greatness is often assumed natural.  “His basketball greatness was not handed to him.  The silkiness of Durant’s game, how easy he made it look, was more a symbol of the diligence he had put in than it was proof Durant had won some sort of genetic lottery.  Both were true.”  But as Thompson points out, Durant is “unique among NBA superheroes because he refused to wear the glasses and suit to disguise his true identity,” instead carrying around a backpack, its contents, his headphones and leather-cased bible.  He engaged in social media with countless fans, often confrontationally.  “Not only did Durant offer this treat of his true self, he wanted you to find it.  His eccentricity was a trail of bread crumbs leading you to him.  To be vulnerable was courageous.”

“His decision to leave Oklahoma City after nine seasons transformed him from beloved to reviled” in much the same way as LeBron’s decision to leave Cleveland.  “His character was assassinated relentlessly.  He was weak.  Soft.  A snake.  A coward.  His legacy was called into question.  His status among the elite was revoked.  He was unofficially banned from consideration as an all-time great in the proverbial court of public opinion.  His joining Golden State, altering the balance of power and the history of the league, was just simply not acceptable by the masses.  Many of the people who once said they loved him, who cheered for him, were now attacking him like jilted lovers.  Hell hath no fury like a fanatic scorned.  There is a fundamental dislike of the choice he made, and he can’t escape it.” 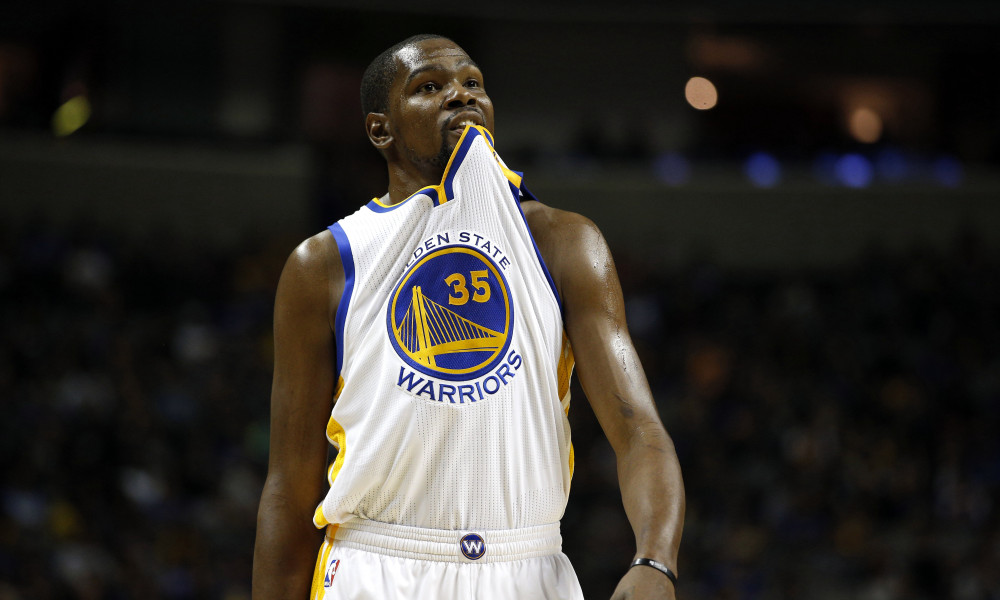 So where does that leave us?  As you can see, Thompson’s evaluation of all that went down with Durant and his move to Oakland leaves us all in a quandary, wondering where he will go next.  That’s why reading this book during the playoffs was so fascinating.  Durant’s injury only complicated the equation.  Does the man feel the need to quell the outside noise?  Does he feel the need to win a championship elsewhere to fulfill some greater destiny that we all have outlined for him?

Thompson’s wisest words come in the book’s final pages, like putting together the final puzzle piece.  Of Durant, Thompson writes “what he does will reveal what he values.”

Durant’s career is still a work in progress.  How and where he finishes his career will in large part determine how he is remembered.  While perhaps unfair, Thompson agrees that this premise exists, just not necessarily with the premise itself.  Similarly, time will tell how this book will be remembered.  In time, it will most likely become dated, perhaps a KD Part II in the future.  It was also obviously written before Durant ruptured his Achilles, adding injury to conjecture.

KD is once again an interesting character study.  Through KD, I learned a fair amount about the man that I never knew that might help explain why he does what he does.  I was in the minority.  I never faulted Durant for doing what he did.  Winning an NBA title is never easy.  If you are in that majority, reading KD might just change your mind.