Summer is over but the heat is still burning strong.

There’s a whole lot of bickering going on these days. If you don’t believe me, just turn on your television set. Of course, I don’t watch much broadcast news. An old boss of mine used to joke that he never went to the doctor because all they ever gave him was bad news. For that very same reason, I no longer watch television news. You get 27 solid minutes of people shooting each other in Wal-Marts and high schools followed up with three minutes of a fireman rescuing a cat from a tree or a woman celebrating her 101st birthday. A news broadcast filled with good news is something I’d be interested in but it hasn’t happened yet so I’m not holding my breath.

The same thing is currently going on in sports. There’s a whole lotta squabblin’ goin’ on. You can’t turn on ESPN these days without hearing about two parties going mano a mano. The one grabbing all the headlines is the ongoing saga between Dallas Cowboys owner Jerry Jones and his once prized running back Ezekiel Elliott. 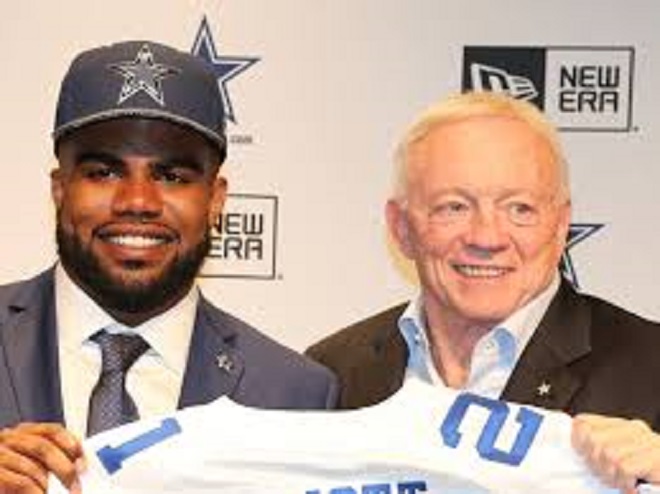 Maui Zeke as I like to call him is still holding out, working out (allegedly) but demanding a new contract. Zeke wants to be paid as one of, if not the, highest salaried running back in the NFL. He has a case. Zeke has led the league in rushing two of the last three seasons. Before he takes a hit that he might not walk away from, Elliott wants to make sure he at least has a little money set aside. Either that or its about respect. Probably a little bit of both.

Recently Jones sounded off with a “Zeke Who?” comment in response to a beat writer, whimsically joking about his team’s best player. That couldn’t have gone over well in the Zeke camp. Days later, Zeke responded with an Emmitt Smith reference, suggesting that since Smith didn’t play his entire career as a Cowboy, maybe Zeke won’t either.

Either way, both parties are still at odds and no resolution seems near. Even if they do get things settled, it’s highly unlikely Elliott will ever forget how he was treated in these negotiations. This can either end well, with Zeke rejoining the team and both parties living happily ever after, or it can end poorly a la Le’Veon Bell, with Zeke holding out this season and playing for another team the next. If that’s the case, when Zeke’s new team plays against Dallas, I’m pretty sure Jones will rue the day he ever uttered the words “Zeke Who?”

Another top tier running back who is holding out yet not getting nearly Zeke’s face time is Melvin Gordon. Gordon and his Los Angeles (I almost said San Diego) Chargers are also at odds with one another. Like Zeke, Gordon is looking to get his. The Chargers, however, aren’t looking to give it. Because it’s the Chargers, however, and not Murka’s team, Gordon’s name isn’t plastered all over the news but rest assured this signing is just as important to a playoff, dare I say, Super Bowl contender.

Speaking of Le’Veon Bell, there’s another former Pittsburgh Steeler player who has been in the news and not just because of his frostbitten feet or helmet he can’t see through. Antonio Brown of the Oakland Raiders has been clapping back at his former quarterback Ben Roethlisberger. The latest Tweet from Brown came days ago, with Brown claiming these two were “never friends just had to get my ends.” Brown is one of the most talented wide receivers in the league. Along with that comes a mouth. He’s at odds with his trainers. He’s at odds with the league. And now, once again, he’s at odds with his former quarterback. Last season, Big Ben called Antonio out for misrunning routes, which needless to say Brown didn’t appreciate none too much. Brown then called Big Ben out for acting like he was the owner of the team. Either way, these two now play on different squads but the squabbling lingers. It wouldn’t be the Pittsburgh Steelers if there wasn’t drama. 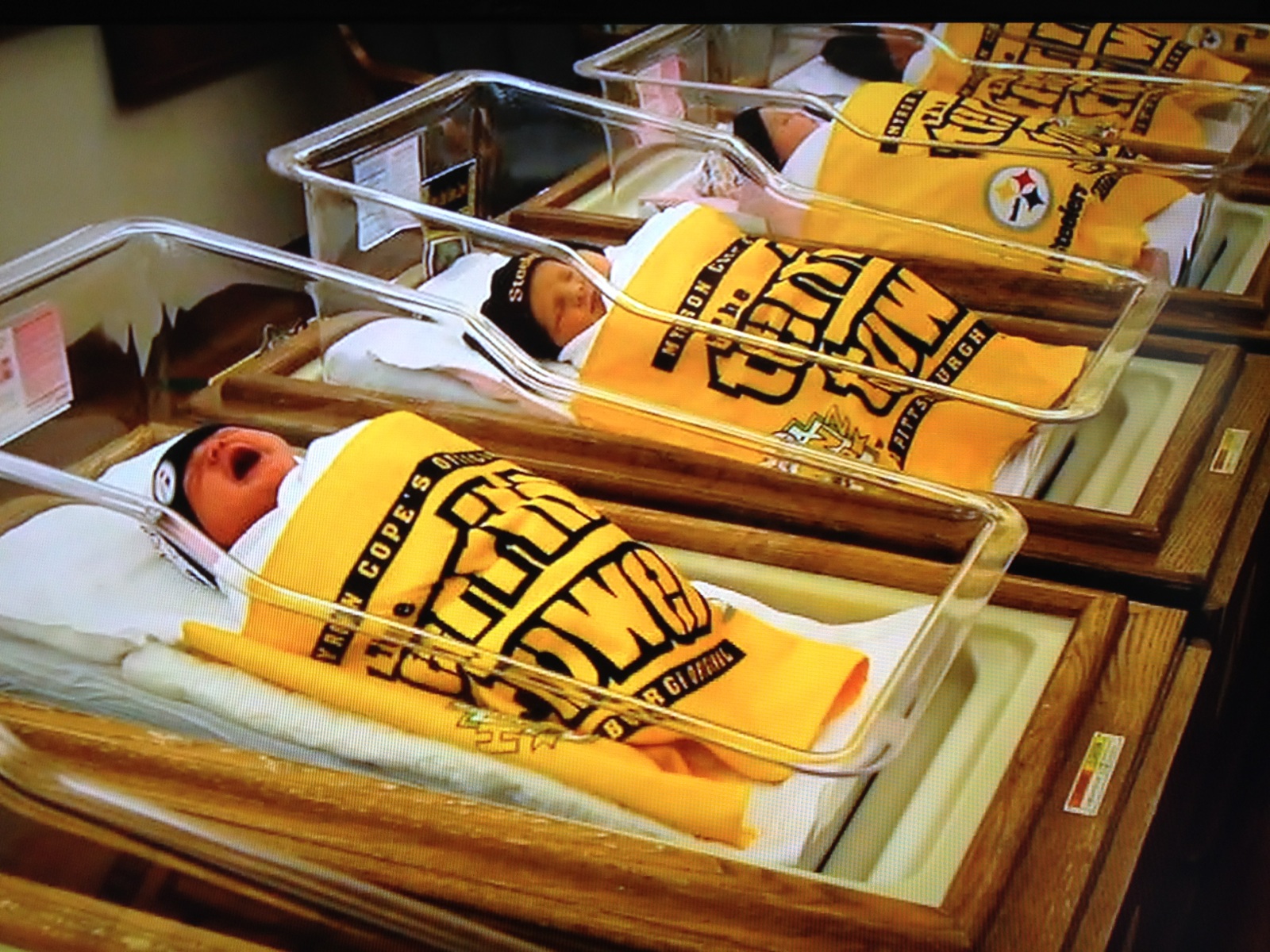 Of course, what story about bickering between high-profile sports personalities would be complete if it didn’t include the ongoing saga between Shaquille O’Neal and Kobe Bryant? Just when you thought it was safe to talk Lakers again, the age-old spat between Kobe and Shaq continues to rear its beautiful head. The fifteen-year old beef between the two means it’s now old enough to drive. Sorry, Zeke and Jerry, AB and BB, but when it comes to sports spats, you’re going to have to step your game up.

In a recent interview, a reporter who was just doing his job (and well, considering he got the response he wanted) asked Kobe about his playing days with Shaq. The last team to threepeat, the Lakers, behind those two Hall of Famers and top twenty ever talents, won three straight titles between 2000-2002. After that it ended like Ezekiel Elliott and Jerry Jones at a ‘whose is bigger’ party.

In said interview, Kobe went full LeBron (not five, not six, not seven) and said he could have won as many as “twelve titles” had Shaq only taken things more seriously, insinuating that Shaq didn’t harness all his God-given talent, opting far too often for the occasional donut. In typical Shaq form, the big fella heard the news and cracked back suggesting they also could have won more titles had only Kobe ever passed the ball. Of course, the recent Kobe-Shaq feud pales in comparison to the old video of Shaq winning a title in Miami then taking to the mic in a South Florida nightclub and rapping to the crowd that Kobe should “tell him how his dick tastes.” To prove there’s no longer ill will between the two (yeah, right), they took to Twitter, aka America’s newest celebrity fistfight, apologized to one another and even brought the hapless Dwight (Dwite) Howard into the mix. To diffuse the situation (for now), Shaq joked that Kobe must’ve been talking about Howard when referring to Laker centers not living up to their potential. 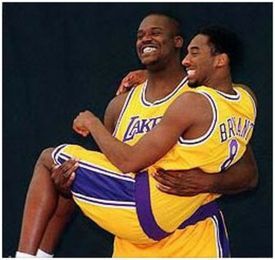 Who needs soap operas when you have these for stories?

My memo to Zeke and Jerry Jones, to Melvin Gordon and the Chargers, to Antonio and Big Ben, if you guys really want to make headlines, you’re going have to come up with some better material. Sure, Jerry’s “Zeke Who?” line may live on, even more so if Zeke leaves Dallas and wins elsewhere, but if you guys want to have a feud that lives on in infamy, you might want to take a page out of Shaq and Kobe’s playbook. When it comes to all-time sports spats, it doesn’t get much better.

4 Replies to “Can’t We All Just Get Along: The Jerry Jones-Ezekiel Elliott, Kobe Bryant-Shaquille O’Neal-Dwight Howard, Ben Roethlisberger-Antonio Brown edition”