Despite the healthy paycheck and inherent fringe benefits, presiding as general manager over a professional sports team can be a tremendously, risky endeavor. Just like Forrest Gump’s mother used to preach… life is like a box of chocolates. You never know what you’re gonna get. 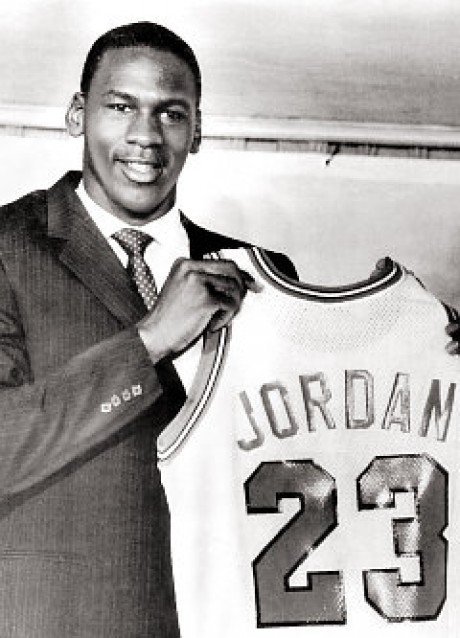 In 1984, the Portland Trailblazers drafted Sam Bowie. He blew out his leg three years later. The man selected after him, Michael Jordan, would go on to change professional sports as we know them. In 2007, those same Trailblazers would draft Greg Oden number one. The seven-footer was supposed to usher in a new era of big man dominance. That never happened. Oden’s health was a constant issue. He ended up playing only 100 games in the NBA. The man taken immediately after Oden, Kevin Durant, would become an MVP, a two-time Finals MVP and one of the game’s most lethal scorers.

In 1999, the Tampa Bay (Devil) Rays had the first pick of the Major League Baseball draft. They selected that year’s top high school talent, a surefire prospect named Josh Hamilton. Hamilton struggled with drug addiction for years. He never played a single game in a Rays uniform.

In 2012, the Indianapolis Colts drafted Andrew Luck first overall. By most accounts, the Stanford product was the highest touted college quarterback in decades. He was to change not only the Colts but the entire NFL.

Last week, Andrew Luck retired abruptly, saying that he had lost his love for the game. The pain and injury that football brought was too much for him to handle.

There’s no telling what can happen when franchises draft players that high. Make no mistake, top five draft picks have the opportunity to make or break teams, no matter how or why it happens. There is no proven recipe for success. In 2003, the Pistons drafted Darko Milicic over Dwyane Wade, Carmelo Anthony and Chris Bosh. In 2009, the Memphis Grizzlies drafted Hasheem Tabeet over both James Harden and Steph Curry. Sometimes people make mistakes. I will be the first to admit that Zion Williamson was the right player for the New Orleans Pelicans to take in this summer’s NBA Draft… but will he be?

Life is like a box of chocolates. You never know what you’re gonna get. 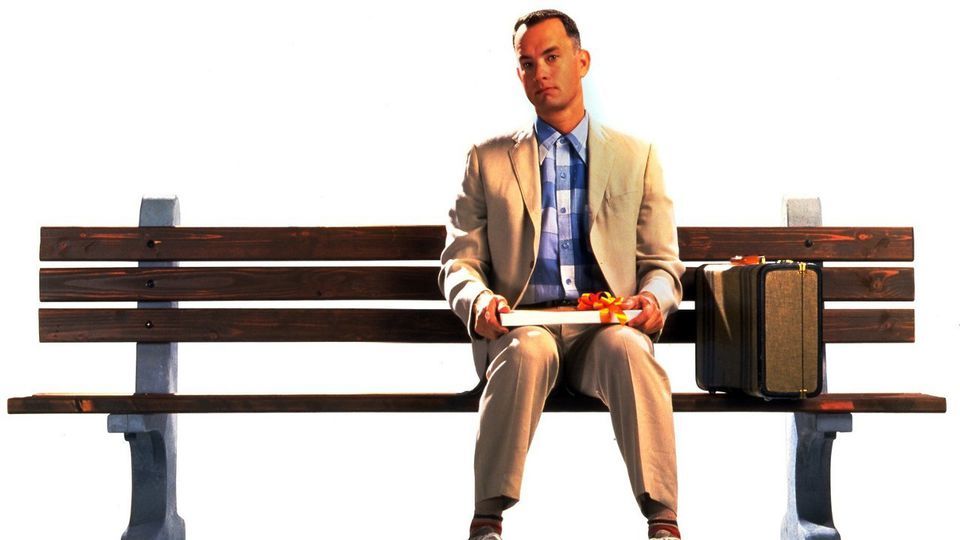 In 2014, Kevin Costner played the role of Cleveland Browns GM in the movie Draft Day. I’ve only seen the film once but its premise is that Costner, who has the rights to the first pick in that year’s draft, ultimately ends up picking a player based on his character over another player far more troubled and talented. It’s a feelgood story that’s about as fictitious as any other sports movie Costner has ever starred in.

What all these aforementioned top draft picks have in common is that they held in their hands the opportunity to either grow or handcuff their franchises. As Forrest implied, there’s really no way to see what’s inside that chocolate until you bite into it. There’s no way the Colts pass on Luck back in 2012. He was the consensus number one pick. They’d have been crazy to even consider anyone else. And he brought them wins, good times and plenty of tickets sold. It just didn’t last nearly as long as they had hoped. They figured they had at least another eight to ten years. They did not.

What all these men also have in common, or perhaps more importantly what the GMs who selected them have in common, is that they all chose… the wrong guy. In retrospect, we can argue until we’re blue in the face about whether picking Andrew Luck was the right choice. One week ago, that had never come into question but like it or not, after seven years (five-and-a-half of which he played), Luck is gone. 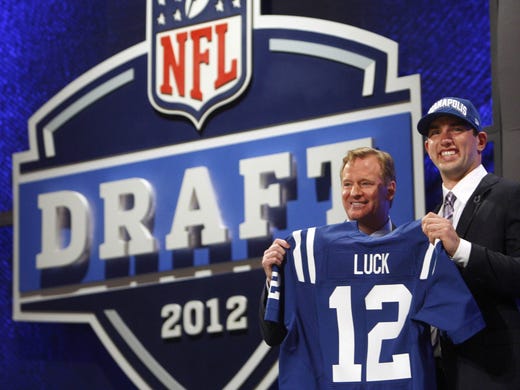 So, I ask you, is it better to have Lucked and lost? Knowing what you know now, that with Andrew Luck as your quarterback, you would only have six years (and on a far more superficial yet incredibly significant, financial level, zero Super Bowls), would you still have taken him with that top pick or would you have taken a chance on another prospect?

There is no magic wand; there is no crystal ball. There is no telling whether these relationships will work out in the long term. Football is a brutal game and there is no secret formula where talent + desire – injury = success. In fact, there is no way to accurately measure any of those things.

That’s exactly what makes sports so great. And that’s also what makes every general manager’s job so very, very frustrating.

4 Replies to “Is It Better to Have Lucked and Lost: The Inherent Difficulty in Measuring Y’ant To”