Lost in all the hoopla of star quarterbacks lost to injury and the New England Patriots continuing to amass talent at an unprecedented level #AntonioBrown was the Monday night matchup between the Cleveland Browns and the New York Jets. This meeting was symbolic for multiple reasons.

Week Two’s Browns-Jets game commemorated the first ever game televised on Monday Night Football. Almost 49 years ago to the day, on September 21, 1970, the Cleveland Browns traveled to New York to play in the NFL’s inaugural Monday night showcase. In a tightly contested battle, Joe Namath threw a late interception that cost his Jets the game. Cleveland won 31-21. 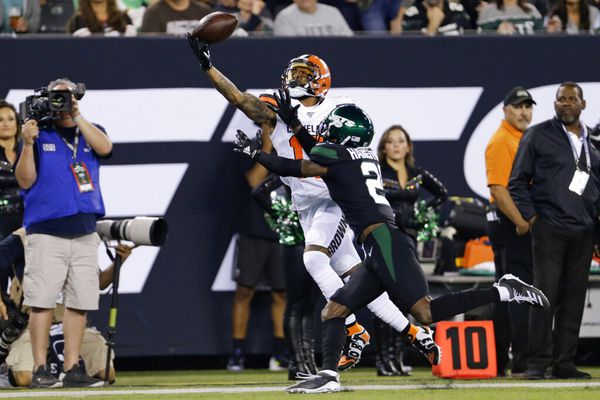 Fast forward to 2019 when these teams met once again with just as much star power as old Broadway Joe. The single-handed catching, highlight reel named Odell Beckham Jr. has found himself a new home in Cleveland. He’s been relatively quiet since leaving that other New York team but this week, he had a bone to pick with a man on the other sidelines. When prompted by reporters, Beckham swore up and down that the Jets defensive coordinator was out to get him.

The man he was referring to, of course, was Gregg Williams. You remember Gregg Williams, don’t you? Williams made headlines back in 2011 when he took the fall for Bounty Gate, the ugly NFL scandal where the Saints defensive coaching staff allegedly placed bounties on opposing players. For his involvement, Williams was suspended indefinitely and by indefinitely, that means he landed a gig with another team the very next season.

Beckham insists that Williams is still up to his old tricks. He remains convinced that Williams instructed his players to harm Beckham. Beckham even went so far as to say that players who have played for Williams told him he said to do just that.

I’m not here to tell you what or whom to believe. Football is a contact sport. Seven quarterbacks that started in Week One will not be starting in Week Three. Players get hurt accidentally. Throw in intent and Houston, we have a problem. The NFL has decided there is no room for that unsportsmanlike conduct in their game, however, no formal investigation of Williams has been initiated based on Beckham’s accusations.

Which begs the question…

Hypothetically speaking, what if Odell was injured in that game? One can only assume the worst. It would certainly bring further negative attention the league would rather not address. Williams already has a reputation he will never shake. He’s an easy target. Those damning “body can’t survive without the head” locker room comments were enough to warrant Commissioner Goodell’s heavy hand, slapping Williams’ wrist. The sport has enough of a problem keeping its stars on the field, it hardly needs the men wearing headsets encouraging intentional harm. The game is violent enough without throwing in intent to maim.

So again, what if Beckham was accidentally injured during that game? And what if the player taking him out gave him a pretty good lick, one that could be construed as intentional? The odds of that happening are not miniscule. NFL players are being carted off the field faster than you can say Percocet. Injuries do not discriminate. Nick Foles is out with a broken collarbone. Drew Brees requires surgery on his throwing hand and will be out at least six weeks. Ben Roethlisberger is out for the season, elbow surgery. Cam Newton can barely walk OR throw. Jets backup QB Trevor Siemian suffered enough ligament damage in Monday’s game to knock him out for the season. And those are just the names you know, accidents that just happened. No foul, too much harm.

But what if these injuries happened to a player going against a coach with a reputation of intentionally trying to inflict harm, or is that every coach and Williams just gets the bad rap? Is the league playing closer attention to the way Williams’ players defend? And how does one determine intent when the intent of the game is essentially to harm?

With the assistance of today’s self-serving media, the NFL has become a sordid game of he said, he said. Are we to believe Odell, a guy who once bashed a kicking net and proposed to it later, that where there’s smoke there’s fire? Is there no investigation of Williams because this sounds like Beckham crying wolf even though he’s accusing a guy with a record, allegedly? If not, and Beckham’s story is viable, why is Williams still in the league? How short is Williams’ leash and is that why his services ultimately weren’t retained in Cleveland? If there’s any truth to this, who would ever hire Williams again or is this just what coaches do? Does Coach Williams feel he has to watch what he says in locker rooms, does he say things differently than any other coach or does he not say them at all and this is just heresy? If Beckham’s simply slandering, then why isn’t he on the hot seat? While Odell seems to have a legit grievance, those familiar with his antics understand he’s only a few Baker Mayfield incompletions away from another complete meltdown.

Are we confused yet? 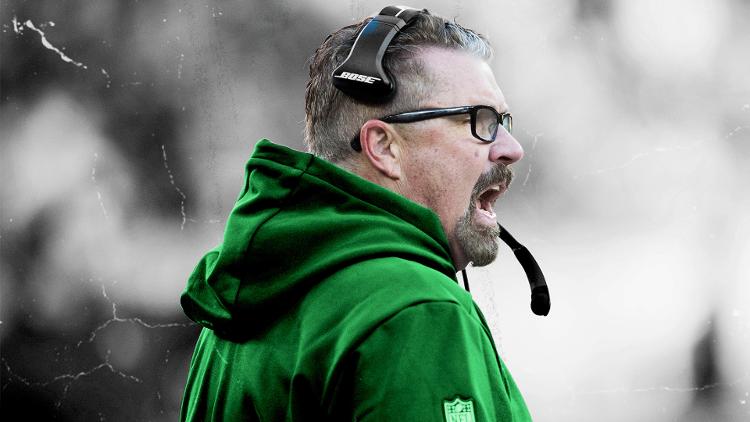 What is the difference between a coach telling a player to punch his opponent in the mouth, which every football coach since the dawn of man has done, and saying the body can’t survive without the head? Are we talking semantics? Where do we draw the line? Ball handlers don’t go down without a pretty good wallop. Isn’t the intent of those defenders to bring the ball-carrier down swiftly with brute force?

I’d like to think we draw the line at intentional harm but even that’s difficult to determine when giant, uniformed, helmet-clad men are flying at each other at unsafe speeds with blood-lustful fans cheering them on.

The NFL continues to struggle with how to officiate its game, appealing to fans who want to see violence yet who don’t want to see their favorite players carted on a stretcher. In two weeks, I’ve seen more roughing the passer calls than I can throw a flag at.

Too many players are suffering injuries from which they can no longer walk away. The NFL should best figure out how to handle these issues before it takes yet another hit from which it cannot walk away either.

5 Replies to “Kill the head, the body will die and other official directives from the NFL locker room”