It was an extraordinarily, beautiful Sunday afternoon in Tampa, Florida. Days like these are the reason so many people pay us a visit. Sun shining, the sky a beautiful bright blue and just enough of a September breeze to make the normally unbearable heat quite tolerable. Had you been granted the opportunity to design the ideal weather, you couldn’t have planned it any prettier. 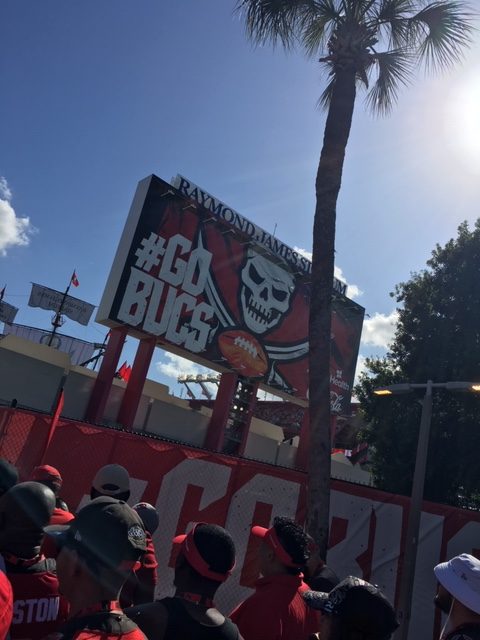 Hordes of Buccaneers fans piled into Raymond James Stadium giddy yet disillusioned, thinking for once, like fans of a team with a perfectly clean slate at the beginning of the season, that their team stood a chance that afternoon against the struggling New York Giants. Little did they know they had seen this rodeo before. Silly rabbit.

This was a game you circled on your calendar as a “W” but that’s why they play the games. And what a game it was. Unfortunately for Bucs fans, as is the case with far too many Sundays during football season, this one had “L”etdown written all over it.

No Saquon Barkley? No problem. Early in the game, the Buccaneers knocked the consensus, top fantasy player of the year right out of the game, holding him to ten yards on eight carries. This came one week after the Bucs held Christian McCaffrey of the Carolina Panthers to 37 yards. This Sunday, it wasn’t Barkley or McCaffrey they couldn’t stop. It was Daniel Jones.

Early in the week, the Giants decided they were going to start their rookie quarterback, Daniel Jones, the heir apparent to the two-time Super Bowl winning yet aging Eli Manning. This was to be an historic day indeed, in all likelihood the end of one era and beginning of another. It was to be the first ever pro start for the one they’ve nicknamed Danny Dimes, the Giants’ first round pick of 2019 and the successor to all things Manning… but was the kid ready for prime time? How would he fare against what had been ranked one of the toughest defenses in the league?

After Sundays’ performance, Manning may never start another game. 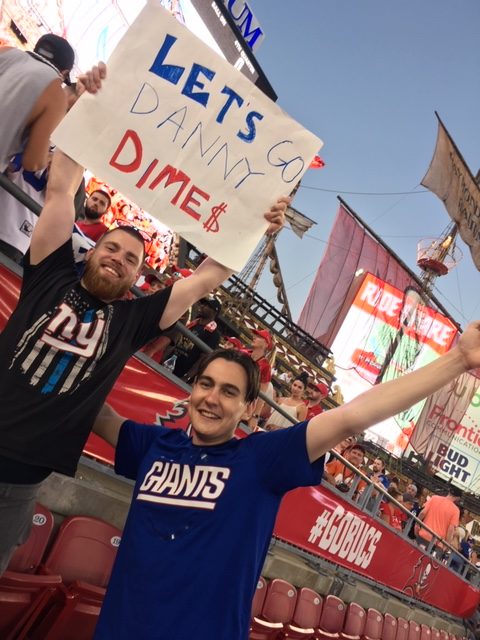 Considering the 0-2 Giants had nothing to lose, why not give the kid a shot? And guess what? Not only did he run all over the field, he ran off the field victorious.

A few seasons ago, I attended a Buccaneers game against Detroit with a number of Lions fans. The entire time was spent tailgating and commiserating about which franchise was worse, like Robert Shaw and Richard Dreyfus comparing shark bites on the Orca. The Giants aren’t quite Lions-Bucs bad. They’ve struggled lately but at least they have a few Super Bowls under their belt and now, what appears to be their quarterback of the future.

But the Buccaneers… If it weren’t for the weather, it is days like these that remind one just how difficult being a fan of this team can be.

The lingering question entering this season has been whether the organization will re-sign its own young quarterback, Jameis Winston. Winston is in his fifth year in the league and is only 25-years old. Based on his erratic performances, logic would suggest that Tampa Bay will NOT offer him a contract that rivals that of other starting quarterbacks… but when have logic and this organization ever gone hand in hand? With that considered, re-signing Jameis Winston might just be the most Buccaneers thing ever.

Another young quarterback, Baker Mayfield of the Cleveland Browns, was interviewed in last month’s GQ magazine. In said interview, Mayfield admitted to being surprised Daniel Jones was taken so high (6th) in last year’s draft. Mayfield, who went first in 2018, meant no slight by his comments. It’s just that, like Mayfield, not too many predicted Jones would go that early. But the Giants saw something in him that they liked. If one game is any indication, it looks like they might have been right.

New York’s GM Dave Gettleman was publicly ridiculed for the pick. As it turns out, the guy might just have an eye for talent. In his debut, Jones finished 23-36, passing for 336 yard and two touchdowns, all against a team that hadn’t allowed a red zone touchdown all season. He also rushed for two more touchdowns. His performance was as pretty as the weather. 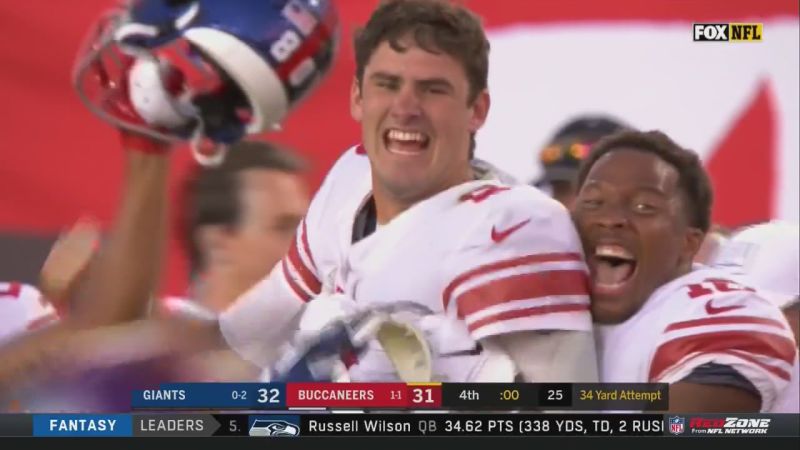 Not to be outdone, his counterpart, also had a day. Jameis Winston threw for three touchdowns… but also one very costly interception. It’s never a good time to turn the ball over, one of Winston’s fortes, but late interceptions are momentum-crushing and that’s just what Winston did.

I’m not here to put the entire blame on Winston. That’s too easy. The Bucs had a chance to win the game late, a game they should have won quite handily. They were up by 18 points at halftime. If only their field goal kicker hadn’t shanked one as time expired. If only Jones hadn’t looked like the Eli of old. Watching Giants players run smiling off the field made me and at least 40,000 other Bucs fans in attendance sick to their stomachs. It was to be the Giants’ largest comeback in 49 years.

With the impressive emergence of Mr. Jones in only game one, the question I couldn’t help but ask myself and just about everyone else I encountered that day, was that if given the choice, starting tomorrow, which one of these two would you want as your starting quarterback?

Without being overly reactionary to the young man’s first start, if you had to choose between Daniel Jones and Jameis Winston, right now, which quarterback would you choose?

Winston is once again near the top of the league in interceptions and is still not making throws an NFL quarterback should make. After one game, Jones had Giants fans giddy about their future. They left the stadium chanting “NEW…. YORK… GI… ANTS!!!” while all Bucs fans could do was stew.

So, I ask you, knowing what you know now, who ya’ taking?

Of course, it would be nice if it were that simple. Not re-signing Jameis means the Buccaneers will have to start from scratch. It would be admitting that the last five years were essentially a failure in the sense that they a) failed to make the playoffs with Winston and b) failed to develop him as a quarterback. If the NFL has proven anything, it’s that successful quarterbacks don’t grow on trees.

Oh well. At least the weather was nice.