This past Sunday, the as-of-yet undefeated New England Patriots took on the young, upstart, great on paper but as-of-yet, highly underachieving Cleveland Browns.  As expected, the Patriots won the game rather handily.

After a hard fought, physical battle, it is not uncommon for NFL players to exchange jerseys and what not out of respect for the game and the players against whom they just played.

In this particular instance, human highlight reel Odell Beckham, Jr. felt he should pay homage to the quarterback who just beat his team, the man who he and most others agree is the greatest quarterback of all time.

Six-time Super Bowl champion Tom Brady is 42 years old and still doing his thing.  Always a fashion plate, Beckham felt it would be respectful to give Tom Brady a custom pair of cleats designed specifically with the G.O.A.T. (greatest of all time) in mind.  The thing is, the cleats Beckham handed Brady were made out of… wait for it… goat hair. 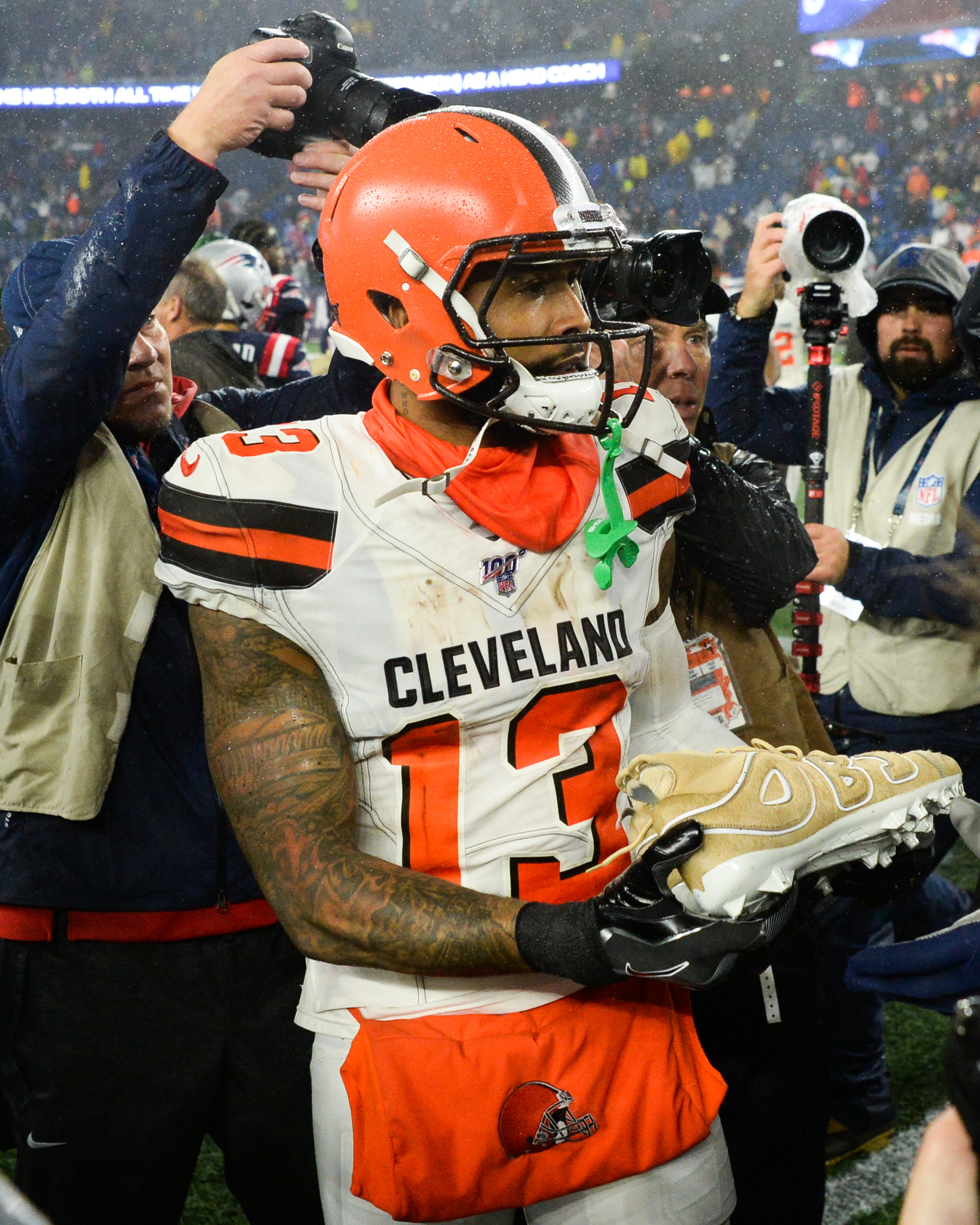 It was a touching and thoughtful gesture, an albeit brief moment at midfield, with Beckham showing the utmost class in gifting Brady these cleats, which will ultimately garner a small fortune in addition to being perhaps stored in a barn.

With all that being said, when I learned of the exchange and the awkwardness that must have ensued, I couldn’t be the only person on God’s green earth who thought of this….

From the 1983 comedy classic, Vacation, I give you Randy Quaid as Cousin Eddie gifting Clark Griswold that really nice pair of dress shoes, only because he commented on how much he liked them the last time they were together.  “Odell, really, you shouldn’t have.”

Or maybe I just watch too many movies.