I remember Walter McCarty. If you’re a basketball fan around my age, you probably do too.

Back in the mid-nineties, attending Kentucky-Florida college basketball games was a gala event. Back when they split the conference into Eastern and Western divisions (they no longer do that in basketball), the Wildcats coming to Gainesville was always a big deal.

That’s because they were, and pretty much remain, the measuring stick for success for Southeastern Conference basketball.

When Rick Pitino got to Kentucky in 1989, most knew it was only a matter of time before he returned the school back to its glory days and winning ways. UK hadn’t won a championship since 1978. By Kentucky standards, such a drought was inexcusable.  Other blue blood programs had passed them by.

In those days, Kentucky wasn’t the only SEC team vying for glory. In 1994, Nolan Richardson brought a national championship to Arkansas. And in 1996, a former player of Rick Pitino at Providence and former assistant to Pitino at Kentucky, took the Florida head coaching gig. The hiring of Billy Donovan added fuel to an already healthy, Florida-Kentucky rivalry. 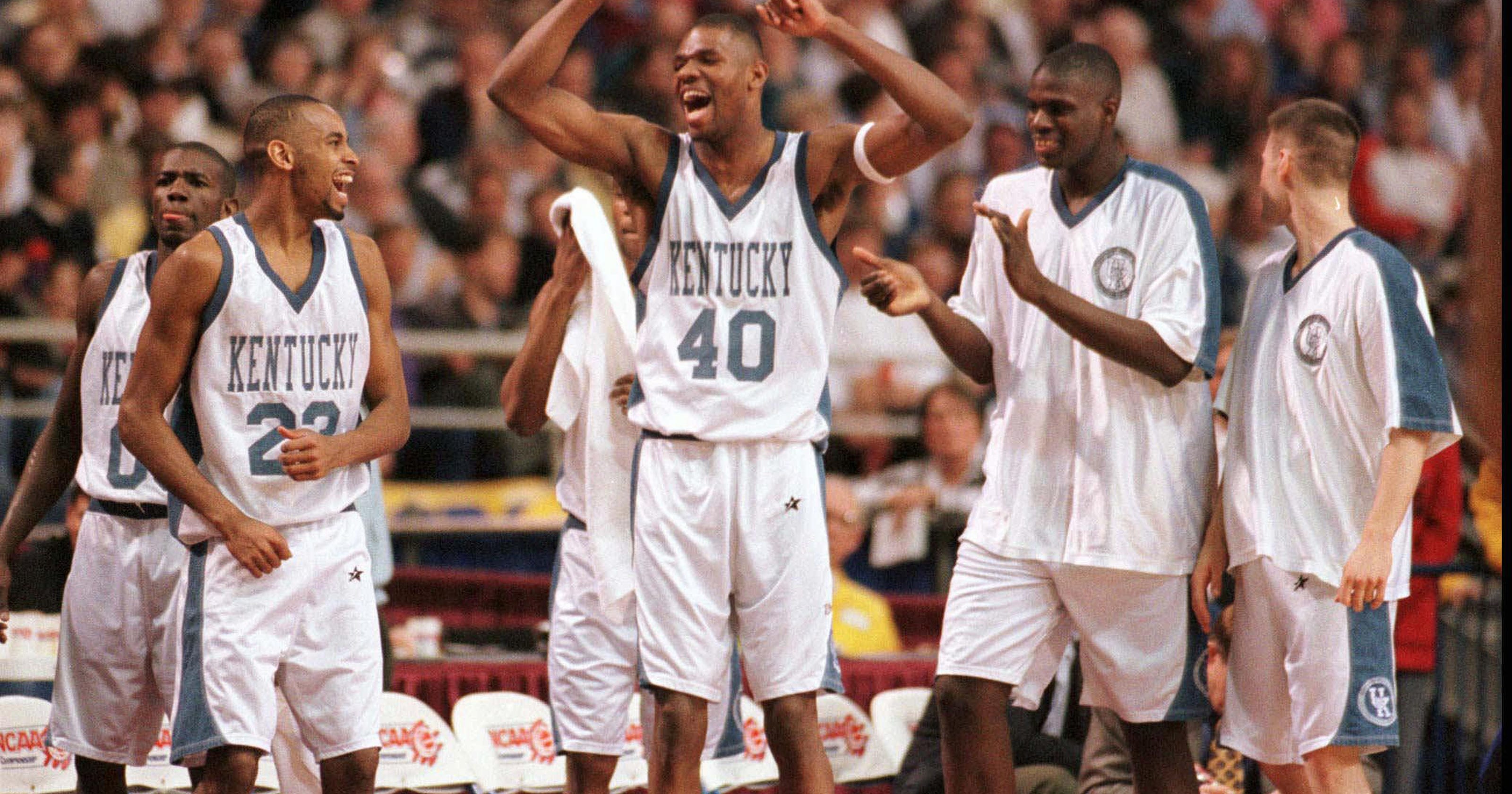 At 6’10, McCarty might not have been the guy who was going to light up the scoreboard or grab all the headlines but damn if Pitino didn’t want him on that floor. McCarty was a bear.

It’s not every day that a guy who averages 11 points and five rebounds his junior year gets drafted in the first round but the Knicks did just that, recognizing that McCarty was the kind of player who would make a solid pro.

McCarty played 11 seasons in the NBA. He never averaged more than ten points or five rebounds a game… but he logged minutes. He played eight seasons with the Boston Celtics and the man must have learned something along the way for he has become quite a coach.

Once his playing career was over, he came an assistant under Pitino at Louisville. He then went on to coach in the NBA for both Boston and Indiana. In 2018, McCarty was finally given the keys to his own ride: head coach of the Evansville Purple Aces. The hire made perfect sense. Aside from having an impressive pedigree, McCarty was born in Evansville. 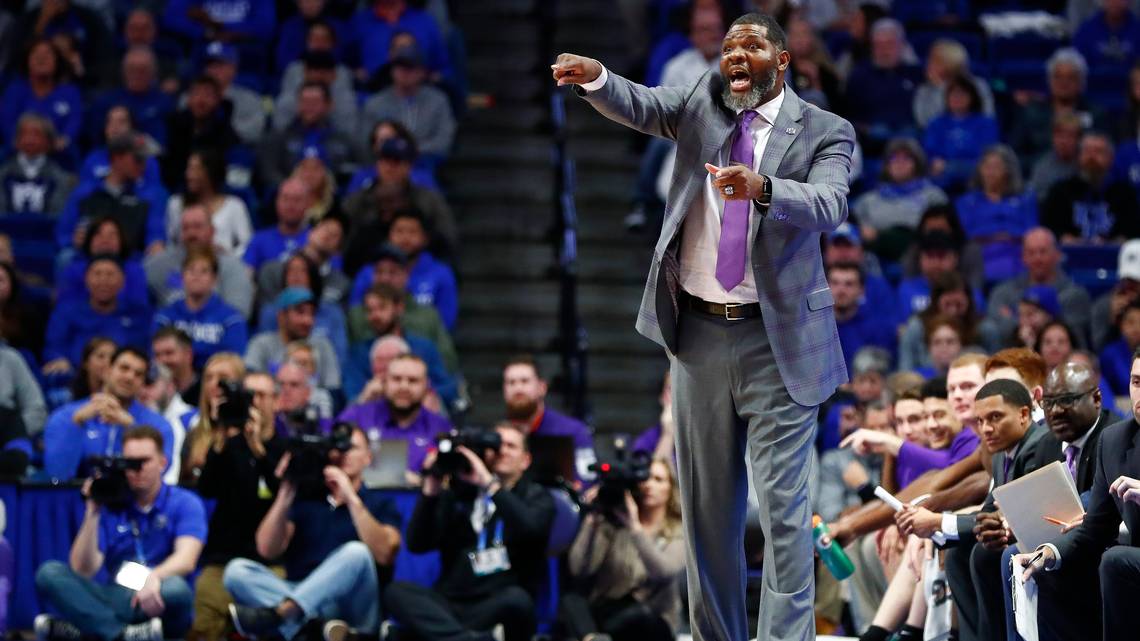 When you think college hoops, Evansville is not the first place that comes to mind. That being said, this little Indiana school has a rich basketball tradition. Heck, it’s in Indiana. It better.

Today, however, behind their new head coach, Evansville is on top of the college basketball world for a man who once helped UK win a title just reminded his alma mater that he is still a force to be reckoned with on the basketball court. Evansville shook up the world Tuesday night by beating the top-ranked Wildcats on their very own floor.

It was Evansville’s first EVER road win against a ranked opponent! And if you didn’t know that Walter McCarty was the head basketball coach of the Evansville Purples Aces before that game, you most certainly do now.

While Las Vegas listed Evansville as a 25-point underdog, anyone who watched this game now knows the Aces had every right being on the same floor. They outplayed Kentucky the entire game. John Calipari and his one and done’s have some ‘splaining to do. 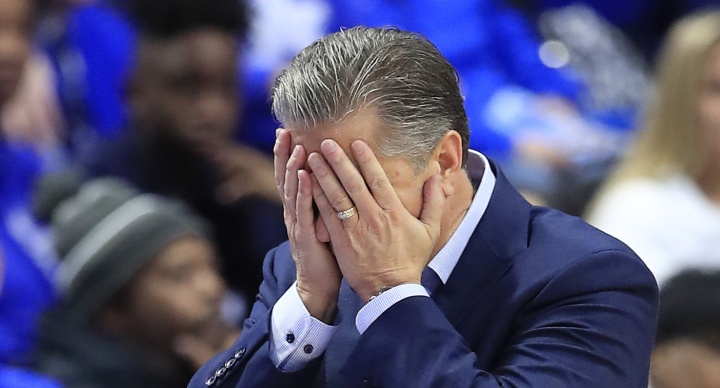 Kentucky losing like this is good for college basketball. While those rabid fans from Lexington might disagree, it is games like the one played on Tuesday night that restore our faith in the beauty of the sport. More than any other institution, college hoops is known for the upset. Sure, college football has Doug Flutie’s Hail Mary and the NFL will have its David Tyree moments but no sport is better known for its Cinderella stories than college basketball.

Jim Valvano running around a court looking for someone to hug. Rollie Massimino toppling the Georgetown giant. Canisius, Valparaiso, Chaminade, George Mason, Princeton’s back door, Maryland Baltimore County, the list is endless and oh so memorable. While Evansville’s win over UK might not have occurred in March, rest assured that people will now take notice. That win alone might not get them in the tourney but if this team is competitive come springtime, don’t think for one second that the tournament committee won’t throw them in just to see what kind of havoc they can wreak.

As a college basketball fan who saw Mr. McCarty play ball way back in the day, I am not in the least bit surprised in the coach and inspirer of young men he has become today.

To Coach McCarty and the Evansville Purple Aces, thanks for reminding us how beautiful and unpredictable college basketball can be. The fact that it came against Kentucky? Well, that’s just an added bonus.