I saw the most bizarre thing at the supermarket the other afternoon.

I rolled out of bed and ran out to grab some healthy grub before my lengthy, pre-Thanksgiving shift at the pub.

After a quick run through the market, I stood there in line with cantaloupe, fiber bars and sushi, which I’ve discovered is not just for breakfast anymore.

That’s when I heard shouting coming from one aisle over. A tall, heavy-set, oddly-shaped woman started complaining to the woman in front of her. “THAT’S MORE THAN TEN ITEMS!!!” she shouted.

I could tell trouble was a-brewin’.

Now, in my mind, certain rules are meant to be broken, or at least bent. Cutting the tags off your mattresses, not showering before entering a swimming pool, illegally borrowing someone’s Netflix subscription and yes, sneaking through the supermarket express line when you have more than ten items in your basket. The cashier is the gate-keeper. As long as he or she is doing their job expeditiously, we should all be able to move along our merry way.

This woman, however, was having none of it. Going full Rain Man (yeah, more than ten items), she started raising her voice even louder, accusing the poor, unsuspecting, rather slender, Scandinavian woman in front of her of having too many items in line. 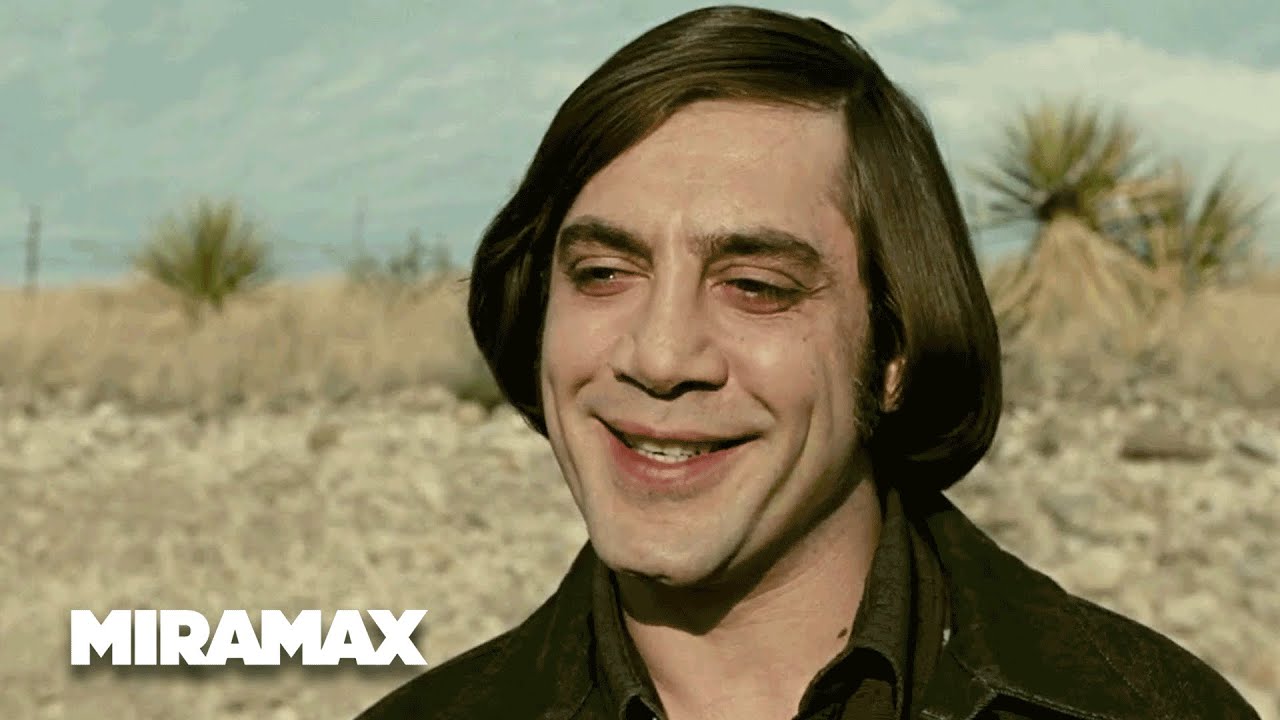 The bowl-cutted woman doing the complaining was straight out of a Coen Brothers movie. I half expected her to pull out Javier Bardem’s oxygen tank and use it as a weapon. She already sported his haircut. Had there been security present, they would have stepped in. There was none, however, so the shouting continued… and I had a front row seat.

The poor Scandinavian woman was by no means backing down to the behemoth behind her. She stood there, silently at first, trying to ignore the woman’s advances, which she would find impossible. It was frighteningly comical.

I immediately became curious to find out how many items this woman was trying to sneak through customs. I peeked over to see no more than fourteen, an easy slide for anyone not in front of a raving, Rainmaniacal lunatic.

The woman pressed on, raising her voice even more. It was a late lunch rush. Every lane was crowded. By now, everyone was watching and like I said, there was no security, which is a shame because someone was in need of a good Tasing.

I found myself in the perfect position, far enough away not to meddle but close enough to see it all. I felt I was in the middle of a prize fight where some serious action was about to unfold. It was just a shame I didn’t have any popcorn.

Appreciating the hilarity of it all, the woman with too many items began to clap back, counting how many items the woman behind her had. She had fewer than ten but had two eight packs of bottled Mountain Dew (shocker) which the Swedish woman then said laughingly surpassed how many items Rain Woman should have been in line with.

The entire supermarket was decorated with Thanksgiving and Christmas cheer. Holiday banners everywhere, gravy packets in the sales bins, dried cranberries as far as the eye could see and this poor woman, who clearly needed a few sessions on someone’s couch, was more concerned with making a scene (I mean it, she was LOUD) over the woman in front of her having more than the “allotted amount” of items to purchase.

One of these two should have been taken away in a paddy wagon and it wasn’t the woman with fourteen items in her carry-on. As timing would have it, the woman in front and I walked out of the market together, laughing about the bizarre incident we had just been a part of and wishing each other a happy Thanksgiving as we got into our vehicles.

Monday night, I watched as Lamar Jackson may have ruined my chances at getting into my fantasy football playoffs. I was stewing with each yard he gained, and there were a lot of them. I wondered obsessively who I could have started in my lineup that would have garnered me enough points to offset Jackson’s barrage. 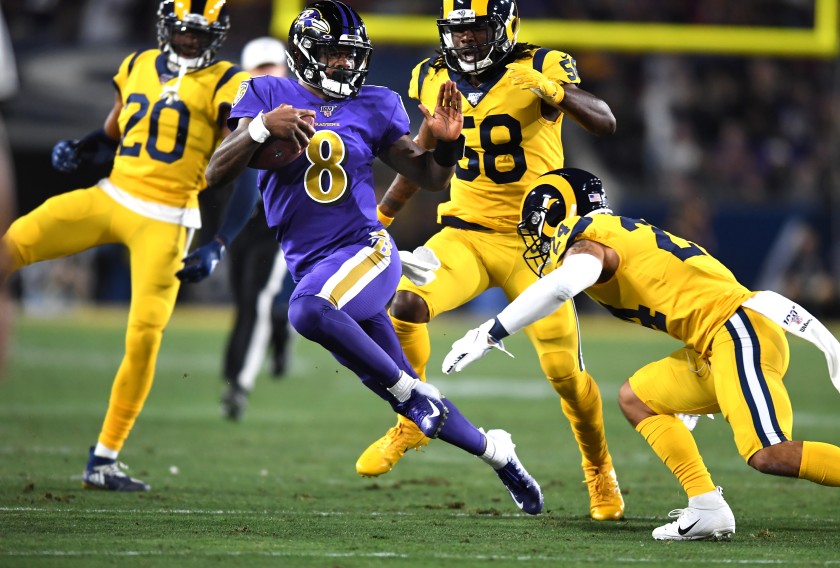 Although important (Lamar had too many items in his basket!), in the grand scheme of things, this too shall pass, or so I kept reminding myself.

My step-grandfather just passed away at the ripe old age of ninety. This may sound cliché but there wasn’t a person this man encountered in his ninety years of proud living who didn’t adore him and who didn’t have a kind thing to say about him. Tall, handsome, virile, this man, father of three, servant of his country and leader in his community, left an imprint on the countless many he touched along the way, his way, seemingly always the right way, commendable, respectable, exemplary and kind. It will be our first Thanksgiving without him.

It is during this time of year that we give thanks for what we have and what we have had. Maybe the grocery item counter didn’t recognize that. Maybe she should. Maybe she didn’t know any better. Maybe she had her own issues that warranted the outburst. Or maybe she was just crazy (by far the likeliest option).

Either way, I’m here to tell you that I am grateful for what I have in my life, my friends, family and loved ones, my health, wealth (small w) and happiness.

I wish you all the happiest and healthiest of holidays. And remember to always count your groceries… and your blessings.

7 Replies to “Thanksgiving, gratitude and too many grocery items in the express line”