The Lakers are fucking good.

They carry an aura about them that few other teams have and do.

It’s hard not to take your eyes off LeBron James when you see him play in person. 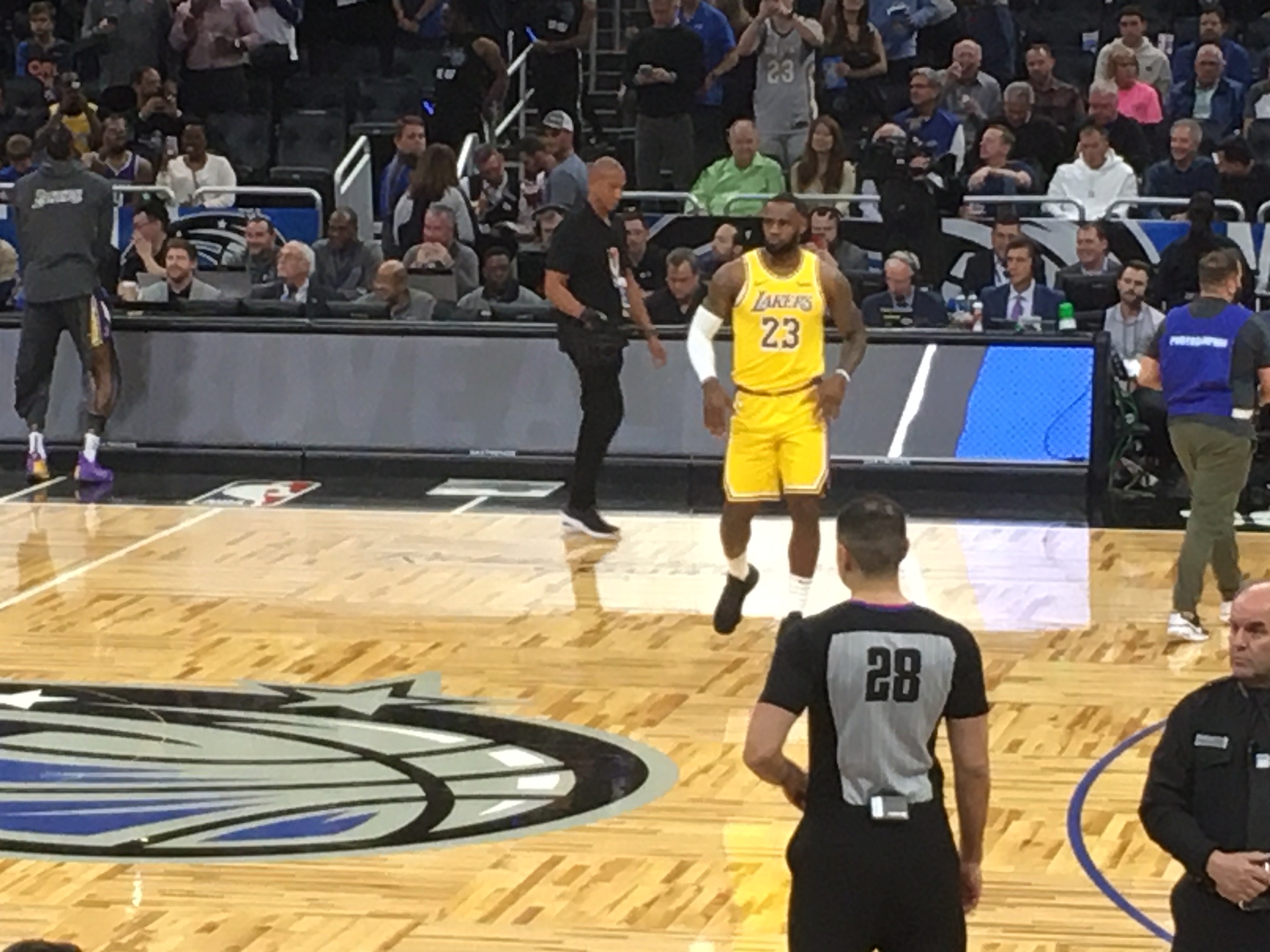 He’s considerably larger than Aaron Gordon, the Magic player who has the distinct misfortune of having to cover him for most of that night.

There is no covering LeBron James.

Me, and thousands of other Magic fans, are still not over the Dwight Howard thing.

Booing Dwight Howard, while most likely immature and unprofessional, was still pretty fun and an honest way of expressing my emotions about how things went down seven years ago.

The balance of power in the NBA may be worse now than it’s ever been.

LeBron James controls a game like few other athletes ever have in the history of the league.

With Anthony Davis, Javale McGee, Dwight Howard and LeBron, the 2019-2020 Lakers are frighteningly big. Anthony Davis is also considerably larger than you think. This is not the lanky kid that left Kentucky in 2012. This is one giant dude.

Although the Magic tied the game in the fourth quarter, there was never any real threat of them winning that ball game. Keep in mind, the Lakers punched them in the mouth early, taking a 26-9 lead at the end of the first quarter. It was pretty much over from there.

LeBron James scored a triple-double that evening while barely breaking a sweat.

Because of their cult of personality, this year’s Lakers will have a distinct home court advantage in many of the arenas they play in OUTSIDE of Los Angeles.

The Magic played without their starting center Nicola Vucevic and guard Markelle Fultz. Had they been healthy, it wouldn’t have mattered.

Not only are the Lakers quite large, they are also very capable shooters from the perimeter.

This team is built to win a championship this year. Anything else will be a disappointment.

Meanwhile, the Orlando Magic have regressed from the playoff team they were last year.

The Magic will never be successful if they think that Aaron Gordon is their best player… for he is not. Or if he is, that team is in a world of hurt.

Not that I would ever try to but I don’t think I could ever root against LeBron James. What we have seen over the past 16 years is one man fulfilling his legacy both on and off the court. Rank him where you want among NBA greats, he’s up there pretty darn high. 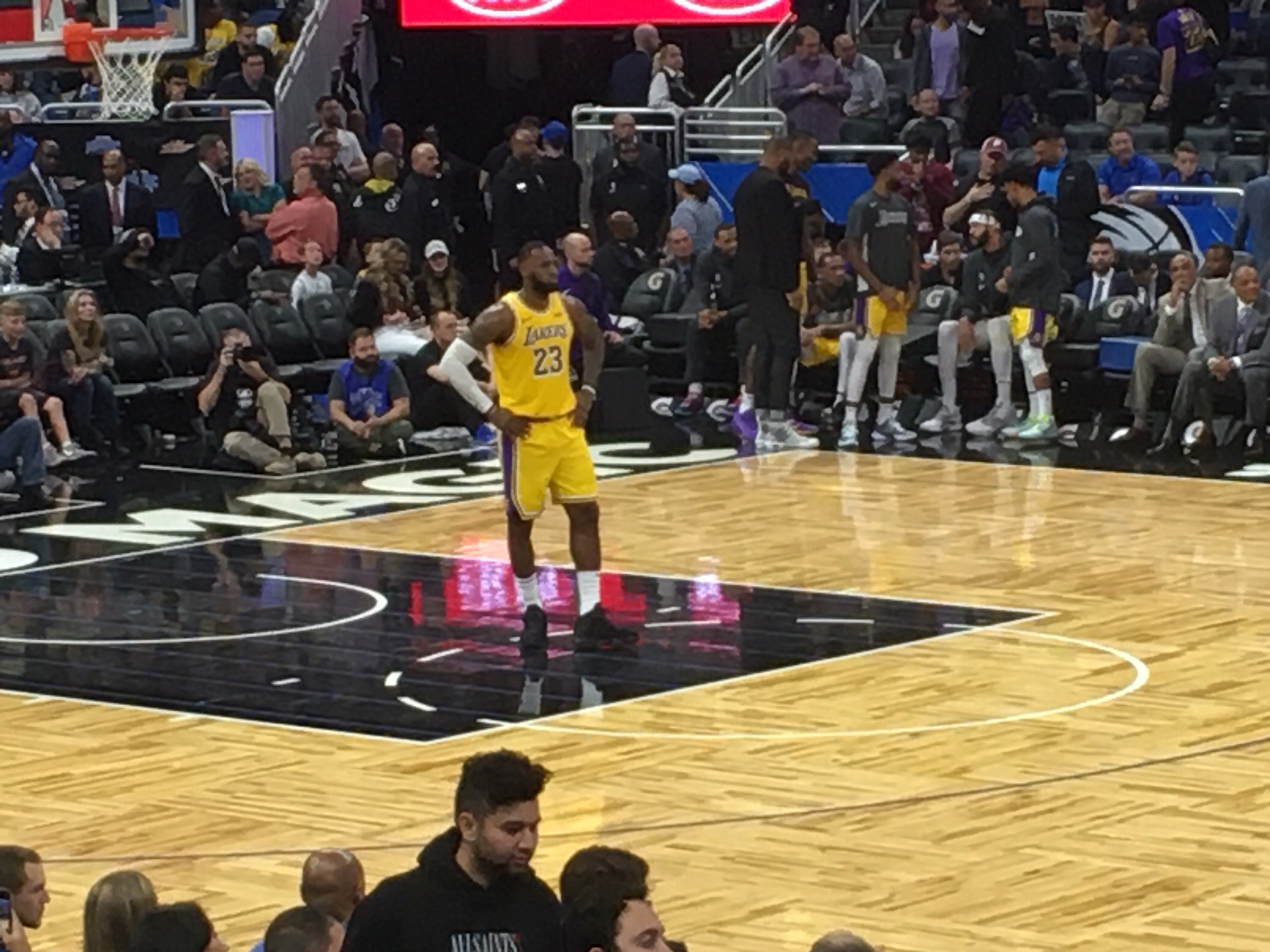 One quarter into the season, the Lakers carry an air about them that basically tells every other team in the league “Not only are we going to beat you, we’re going to get everyone in your arena to cheer for us while we do so and there is very little you can do about it.”

I know it’s early but at this point, if you gave me the Lakers or the field to win this year’s NBA championship, I’d be hard-pressed to take the field.

If you want to see LeBron James and these Lakers play live, up close and personal, NBA arenas will gouge you, ensuring you pay top – and I mean top – dollar for tickets.

It will be worth every penny.