Last year right around this time, to properly ring in 2019, I wrote a post about placing wagers on a hunch. And it was a good one. (The hunch, not the post.)

Prior to last year’s Outback Bowl between Mississippi State and Iowa, my bar was overrun with Hawkeye fans on New Year’s Eve. They drowned out any cowbell clanging that Mississippi State fans could muster. Considering Iowa fans outnumbered Mississippi State fans about four to one in both body count and raucous behavior, I took a hunch that the ratio of fans (and subsequent rowdiness) inside Raymond James Stadium the following day would be about the same. Iowa was a considerable underdog that day (seven points) but as we all know, during college bowl season, we can generally throw those numbers out the window. I placed a hearty wager Iowa to win.

There’s nothing quite like ringing in the new year with a nice two-to-one payout.

The same thing happened on the very first day of 2020. This year’s Outback Bowl featured the surprising Minnesota Golden Gophers against the Auburn Tigers. Similar to last year, 12th ranked Auburn was a seven-point favorite against an 18th ranked Minnesota team that had won ten games. It would be a hard-fought game for sure with not even Minnesota fans giving their alma mater a chance. In case you want to take a look at the scores and results for the game, there’s a link at the bottom of this page that will bring up not just this particular game, but all the past week’s games. You could even go through all the weeks to get results for Minnesota’s 10 other wins. 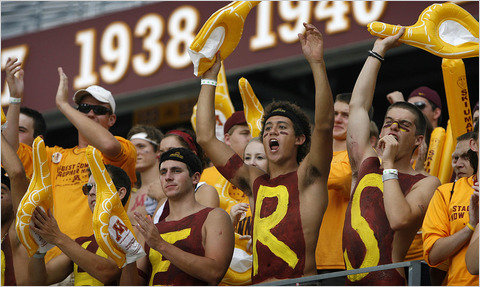 We’ve talked about Minnesota fans in the past. If nothing else, they’re overly nice. The celebratory Gopher gathering, like Hawkeye fans the year before, took over my bar in droves on New Year’s Eve. They might not have been as rowdy but they easily outnumbered Auburn fans six to one. They were cordial yet concerned. Those I talked to didn’t think they stood much of a chance against the traditional SEC powerhouse. (Side note: I had no idea Minnesota hated Iowa so much. In fact, the crowd would periodically break into “We Hate Iowa” chants. I was like, they do know they’re playing Auburn, right? But I digress.)

Just as I did for my first wager of 2019, considering how many Minnesota fans were in the bar, I could once again only assume they would outnumber Auburn fans and that would have an effect on the outcome of the game. I mean, you can’t blame Minnesota fans for heading south for the winter. Who in their right mind wouldn’t want to leave Minnesota in January to see that thing we here in Florida call the sun? No word as to whether Gopher fans asked their pilots to not fly over Iowa on the way down.

In addition to the overwhelming number of people I saw wearing maroon and gold (Minnesota colors), I considered Auburn probably only the fifth best team in the SEC, if that. Their late season victory over a Tua-less Alabama team had recency bias for the program at a season-long high. Meanwhile, Minnesota was one of the better or at least more consistent teams in the Big Ten. They started out the season 9-0. I’m not suggesting Auburn shouldn’t have been favored but this would be no gimme win, especially not if it sounded like a home game for the Gophers.

So, on a whim, I contacted Milhouse that very evening and dumped a bunch of money on Minnesota. 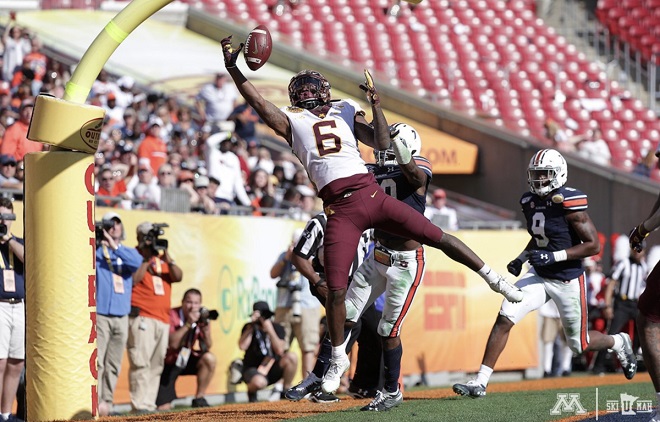 Wouldn’t you know if it hit? Minnesota’s Tyler Johnson had the game of his life. 12 receptions for 204 yards and two touchdowns including an acrobatic, one-handed Odell Beckham-like grab in the back of the end zone.

Big things are on the horizon for coach P.J. Fleck and his Minnesota program. He and his football team have his Gopher faithful inspired. It was a good thing I noticed. Call it a hunch.