Let me preface this post by saying I love the Van Halen song “Panama.” I owned the 1984 album (yes, on vinyl) back in high school and wore it out upwards and downwards, backwards and forwards, just as I did pretty much every other Van Halen album, sans Sammy Hager of course. 1984 signified what was to become the end of David Lee Roth-led Van Halen. It was a sad state of affairs.

1984 sold a bajillion (i.e., over ten million) copies and was best known for its far overplayed hit “Jump,” the only track off that album to reach number one.

“Panama,” however, could never be overplayed. It is a kick ass rock and roll song that still holds up over thirty-five years later. 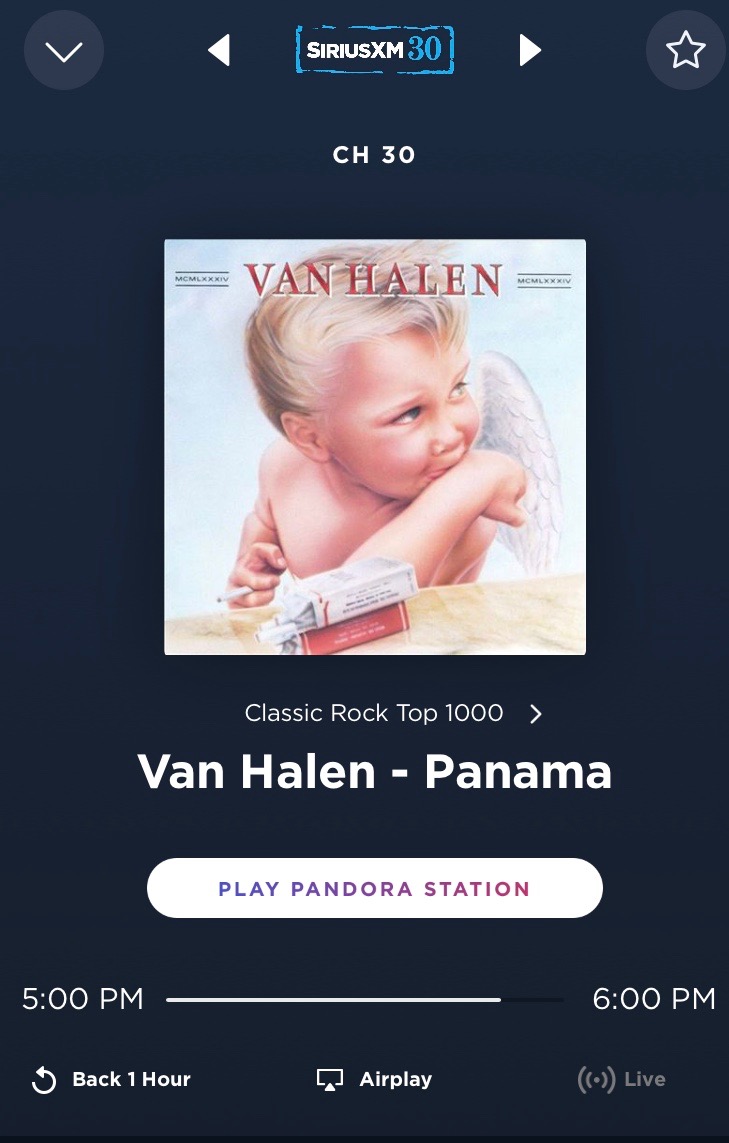 With all that being said, Sirius XM channel 30 just released its list of the 1,000 “most influential classic rock songs of all time.” They also called their list “the most important rock songs that defined a generation.” Not only was “Panama” on it, as one would expect, it was in the top ten, as one would not expect, number nine to be exact.

For the record, no pun intended, if you were to tell me that “Panama” was a top ten classic rock song of all-time, I wouldn’t have an argument with that. That’s your prerogative. It’s a great fucking song. I don’t know that it’s that much better than the million other rock songs that have been recorded by a million other artists but it definitely slays. But if you were to tell me that “Panama” was one of the most influential rock and roll songs of all time, I would have to beg to differ. I’m not quite sure what was so influential about “Panama” other than getting me (and countless other jean jacket wearing hoodlums like me) to listen to it over and over again, which I suppose is a viable definition for influential.

Songs have been written about cars and about women with one being metaphorically mistaken for the other. Songs that came before “Panama” have included sexually explicit lyrics (“Gonna reach down between my legs and ease the seat back”). Other songs have featured uber-tremendous Eddie Van Halen guitar solos. So, what in their minds made “Panama” the ninth most influential song that defined a generation? By the time 1984 was released, not so ironically in 1984, the genre of classic rock was pretty much dead or at least dying so what exactly did “Panama” influence?

Needless to say, this ranking bothered me. Did they mean it or was this just another one of Sirius XM’s brilliant ploys to get us talking about their godforsaken countdown lists? Curse you, Sirius XM!

The rest of the songs in the top spots went as you’d expect: The Eagles’ “Hotel California,” Bob Dylan’s “Knockin’ On Heaven’s Door,” Clapton’s “Layla” and Jimi Hendrix’s “All Along the Watchtower.” They ranked “Stairway to Heaven” at number one (shocker) and The Beatles’ “A Day in The Life” at number two. I have no qualms with any those songs being where they are… but grouping “Panama” in with them, as great as it is, just seemed a little out of place.

Furthermore, if voters agreed to ‘settle’ on “Panama” in the ninth hole, that must mean some had it listed even HIGHER.

I feel for “Panama” the same way I feel about Dominique Wilkins. ‘Nique is one of my all-time favorites, a highlight reel for sure and without a doubt an all-time NBA great, but I would never consider Dominique Wilkins, nor would anyone else for that matter, one of the top ten basketball players of all-time. The same goes for “Panama.”

Confounded by this dilemma, I looked online to see if I could find the actual list. I did. On two different websites. Much to my surprise, after hearing it only a few days earlier, I soon discovered that Van Halen’s “Panama” was NOT the number nine song on this list but rather Van Halen’s “Eruption/You Really Got Me” from their debut album, a guitar-driven beast of a song the likes no one had heard before followed by a cover of a great song perhaps made even greater. This selection made far more sense. So, what in the wide, wide world of Michael Anthonys was going on here? I felt like Denzel Washington in “Bone Collector” or “Devil in A Blue Dress,” trying to solve a crime with too few clues leading me in far too many pandemonious (Panamanius?) directions. Was I hearing things and which song was the real number nine? “Panama” or “Eruption?” 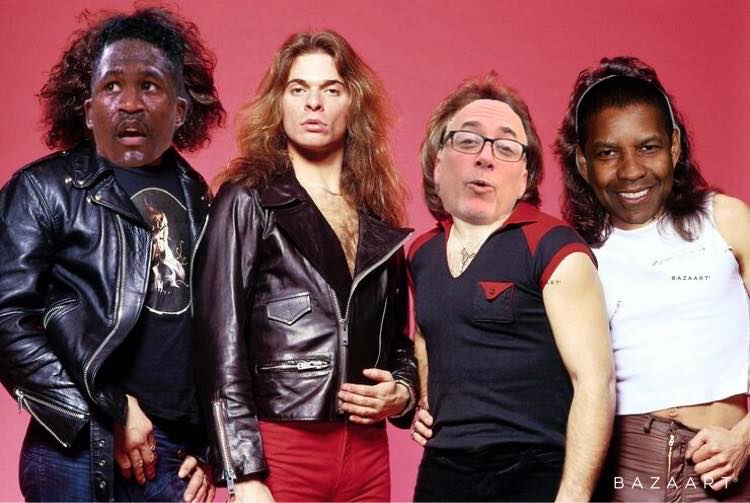 My girlfriend (who is credited with the above photoshop) confirmed that it was in fact “Panama” that we heard that afternoon, while she chuckled that I was perhaps obsessing a bit too much about a song being out of place. To me, however, this was a matter of principle. Like a loon, I tried contacting the station online and via telephone. If a conglomerate like Sirius SM is going to make a bold statement like “Panama” is one of the most influential rock songs ever, I’m going to call them out on it. Furthermore, when they say a song is and then play the wrong song, I’m going to call them out on that too.

It’s like telling an all-time great joke and fucking up the punchline or replacing that punchline with a punchline from an altogether different joke. It just doesn’t make any sense.

As soon as the radio station finished their countdown, they re-ran the list as they are prone to do for list junkies such as myself. I listened for days, driving back and forth to work, staying a little longer in my car to hear the next song, waiting for the second round of 1,000 songs to dwindle down to the bustle in my hedgerow.

A full 72 hours later, there we sat listening again, waiting to see if Sirius XM would play “Panama” again at the nine spot or whether they would correct their gross mistake by playing “Eruption.”

Wouldn’t you know it, 991 songs later, they didn’t. Once again, in ninth position, “Panama.” Like Denzel, I solved the mystery. According to the lists I found online, Sirius XM got it right by ranking “Eruption/You Really Got Me” as the ninth most influential song of all-time. They just played the wrong song in its place.

13 thoughts on “Dominique, Denzel and the mystery of the Van Halen Panama”