Professional biographers are an odd lot.

When I write a post about someone other than me (which is rare), I obsess about it for a few days, churn out some concoction that consists of anywhere between 600-1000 words and then put it on the internet for all (three of you) to read.

It doesn’t take me nine years to put together some grandiose piece of literature. That sounds like a lot of time and way too much commitment.

Well, that’s exactly how long it took Dr. Raymond Arsenault to knock out his latest project, Arthur Ashe: A Life. Nine whole years. You may recognize the name for his pivotal work on the Freedom Riders. Similarly, his most recent work on Ashe has already received critical acclaim, with good reason.

As with any publication, Arsenault has been touring the country promoting Ashe: A Life. Considering he’s a Florida resident, he recently gave a rather intimate discussion of Ashe, his biography, and the both the joy and pain it took to write it at the Hillsborough County Library System. A fan of Ashe, and tennis, how could I pass on the opportunity to hear one legend talk about another? 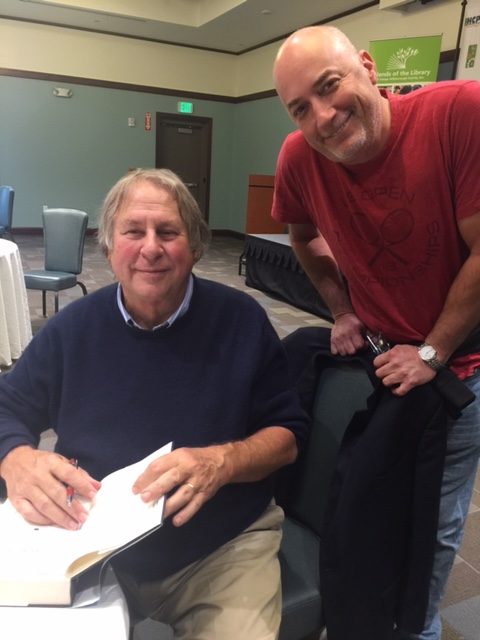 In Ashe’s absence (he died in 1993 at the age of 49), one could make the argument that Arsenault has become the world’s foremost expert on the American tennis legend. I have not yet had the chance to delve too deeply into this book and do it justice so this post is more a review of the Arsenault gathering and the wonderful afternoon that was. Stay tuned for a full review at a later date.

A very later date. At a scant 784 pages, the author joked that he actually had to trim about 300 pages from the final edit. I guess, like Ashe, he had a lot to say.

Despite being one of the greatest tennis players of all time, Ashe has probably become better known for his outspokenness on civil rights issues… but he did so in a way that few others did. Arthur Ashe set a tone for the impact professional athletes could have on society and continued to do so for various causes until the day he passed. While Ashe is often referred to as the Jackie Robinson of men’s tennis, Arsenault is careful to point out that “on the men’s tour on the 1960s and 1970s, there was no counterpart to Robinson’s black peers – no Larry Doby, Willie Mays or Hank Aaron.” In many ways, Ashe was at it alone.

In light of the fact that America continues to deal with issues of race, and likely always will, the timing of Arsenault’s timing could not be better. He postulated that if Ashe were still alive, he would still be “in the thick of things.” 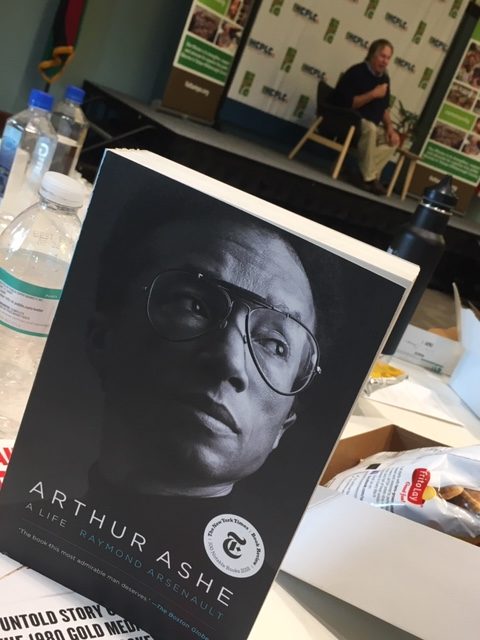 Arsenault called Ashe “the premiere public intellectual in the world of sports.” His brain and temperament set him apart when speaking out about what bothered him, despite his father’s constant warnings to “stay away from that civil rights mess.” Ashe would have none of it.

Growing up in Richmond, Virginia, Ashe essentially picked up a tennis racket by accident. He lived near some neighborhood tennis courts. As if in a fairy tale, it was by chance that a Virginia Union student by the last name of Charity handed Ashe his first racket. The rest is history.

Ashe ultimately became the first African-American to be selected to the US Davis Cup team in 1963 and in 1968, won the US Open. In 1969 he co-founded the National Junior Tennis League. In 1970, he won the Australian Open, then won Wimbledon in 1975. To this day, he remains the only black man other than Yannick Noah to win a tennis major.

That many of the younger generation had not heard of Ashe nor were familiar with his life disturbed Arsenault. It drove him to continue his work, over which he obsessed for nearly a decade. He did so with great respect for the man as he “immersed himself in all things Ashe.” His is “a personal saga worthy of our full attention.” If Arthur Ashe could never say no, how could Arsenault?

I’m not sure I have what it takes to ever knock out 900 pages about a man who did his best to change the world but it’s nice to know that there are people who still do about people who did.

Thank you, Doctor, for keeping the legend of Arthur Ashe alive and well in beautiful biographical form. 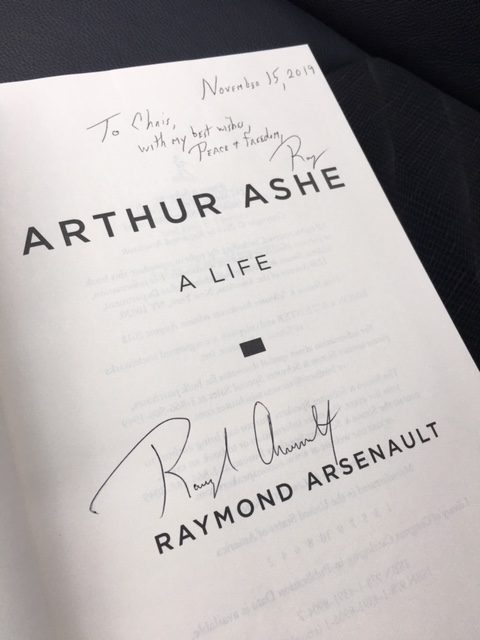