We will have no NBA Finals this year.

As much as it pains me to type that last sentence, hosting a Finals in any way, shape or form at this juncture seems not only logistically impossible but wholeheartedly irresponsible.

So, let’s talk about the impact of not having them.

For the longest time, my favorite sports trivia question was “Who won the 1994 World Series?” That’s because, in 1994, there was no World Series. Whenever I’d ask a sports fan that question, I’d see them fumbling through their memory banks, counting back the years and trying to recall who was dominant at the time. Braves? Yankees? Diamondbacks? I’d become so embittered with the sport I grew up watching – baseball – that in some cleansing and unforgiving sort of way, that trivia question was my way of getting back at it, by reminding people that it was the greed of men and not any act of God, that interfered with history.

There will be no NBA Finals. If there are no NBA Finals, I find it highly likely that there will be an NHL Finals either. Major League Baseball will have a shortened season – maybe – and both the NFL and college football will be lucky to start on time. And that doesn’t even include other sports like the PGA Tour, professional tennis and anything else you might be interested in watching.

Trust me, like the rest of you I am hoping and praying for the best. I’m just trying to keep things in their proper perspective.

It’s historically unfortunate but this is the hand we’ve been dealt. For now. 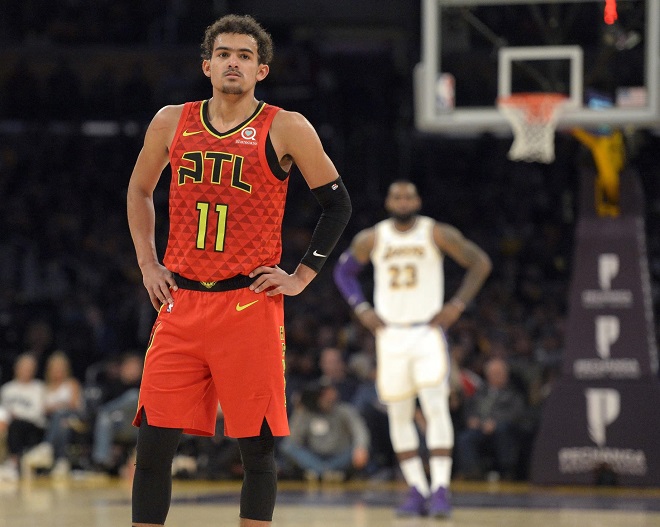 Trae Young is a second-year guard for the Atlanta Hawks. He is one of the best young players in the game.

Young was recently caught online saying that LeBron James was playing at an altogether different level this year. He’s not wrong. Giannis Antetokounmpo was putting up insane numbers (29.6 ppg, 13.7 rpg), perhaps leading his Milwaukee Bucks to a record-setting season. He was almost assuredly guaranteed this season’s MVP Award… if it weren’t for what LeBron James was doing in Los Angeles.

You couldn’t tune into the sporting news network of your choosing without hearing someone discuss the MVP debate between the two. While Giannis’ numbers were better in many a category, one could definitely make the case for LeBron.

Had those two met in an NBA Finals, it would have unquestionably been a battle between one generation and the next, which is what the NBA has historically always been about.

Not that Trae Young is by any means an expert, he’s only 21 years old. But the kid played against LeBron this season, twice, and was convinced the man was, as he said, “on a different mission.” 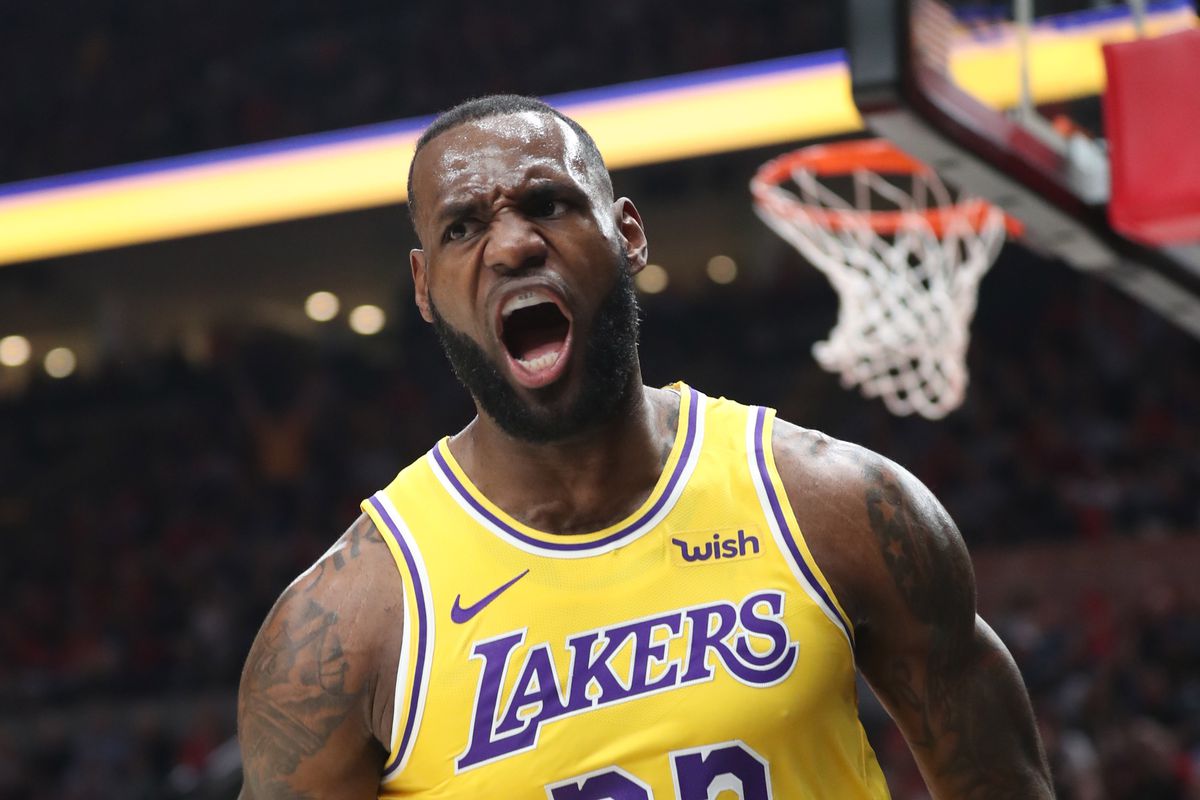 I happen to side with Young in this case. I honestly think that the way he was playing, LeBron was determined, if not destined, to bring the Lakers, and himself, another championship. You are more than welcome to disagree with me at this point, which is your prerogative but this Finals-less season will continue to affect how we wrongly judge LeBron.

Like Kobe Bryant, LeBron James and every other megastar that’s laced them up since Jordan has been compared to His Airness. Fair, unfair, it’s the way the game operates. These are big Nikes to fill.

Despite nine straight Finals appearances, LeBron’s three championships still live in Jordan’s shadow and is the statistic most commonly used to keep him there. Even a (hypothetical) championship this year would have left LeBron two behind the man… but still, one closer with some legs on that aging body to get two more.

Robbed now of one, it’s unlikely he’ll ever get that chance. That, among so many other things going on right now, is wholly unfortunate.

For any true NBA junkie who lives to see the true greats define and fulfill their legacies, it’s a shame, a black hole in history we’ll never get to witness. It will add even more fuel to the LeBron haters’ argument who steadfastly hold that he’ll never be the player that Jordan was.

That may or may not be the case. After all, they are two different men that defined their respective generations and set the bar pretty darn high. Personally, I think they were both great (understatement) but if you take a little here and add a little there, we might just have a different story on our hands.

Once again, we are speaking hypothetically… but hear me out. 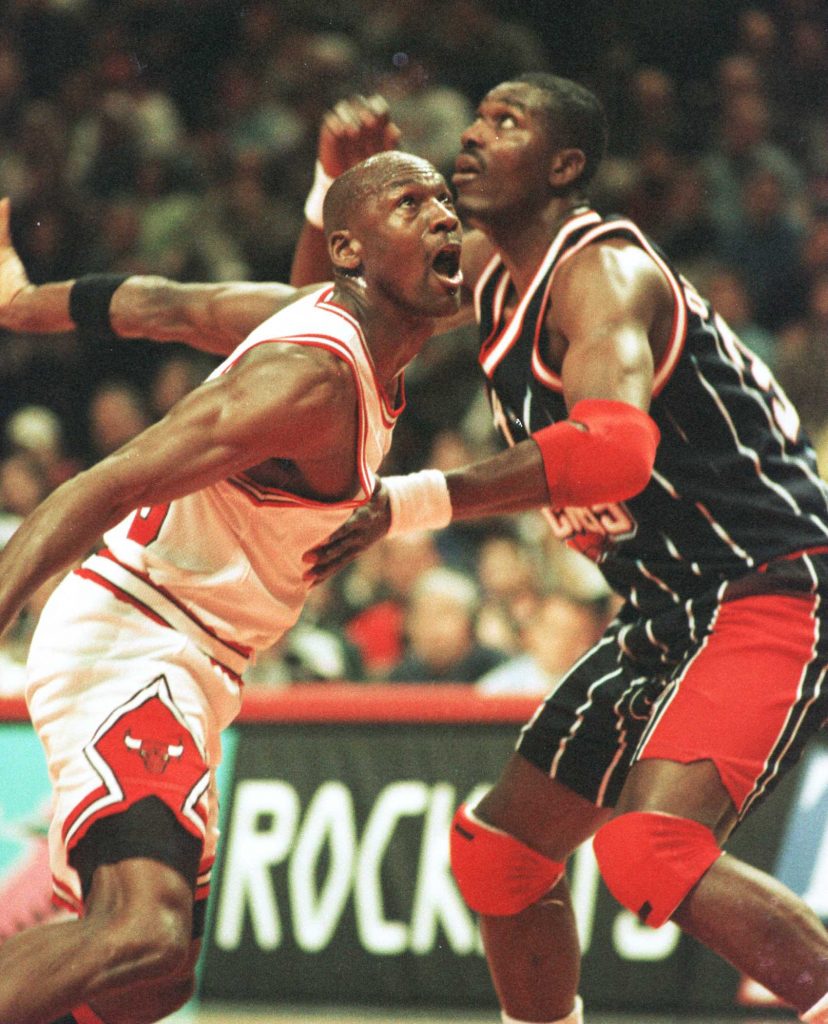 I’m about to offend a few of you when I say this but I have long been of the belief that those Chicago Bulls teams might not have beaten Hakeem’s Olajuwon’s Houston Rockets teams that won two titles during Michael Jordan’s mid-career hiatus.

In 1993, Michael Jordan retired from the NBA to try his hand at baseball. The Houston Rockets were the team that most capitalized from his absence. In the 1994 Finals, they beat Patrick Ewing and the New York Knicks, a team that could never manage to get past a Bull-full Michael Jordan.

Jordan unretired in 1995 and came back towards the end of the season. They lost to a young, talented Orlando Magic team that went on to the Finals that year to play the Houston Rockets, only to get swept.

So, for those of you keeping track at home, Jordan’s story book run of threepeats bookended a Rockets back to back. This much we know. It is in the history books as fact.

But let’s say Jordan had stayed in the league. Let’s also say, just for the sake of argument, that his Bulls would have split with the Rockets, which is gracious considering technically Jordan played in those ‘95 playoffs and didn’t make the Finals. That would have left Jordan 7-1 in the Finals, impressive but still blemished compared to the exalted 6-0 standard we hold him to now.

If that were the case, would we still hold Jordan in such high regard? Michael’s aura stemmed from his unrivaled competitiveness. Would one Finals loss be seen as a chink in the armor? Would we ease up on LeBron at all? Would we give any more credence to Bill Russell’s 11 championships? Up until Tom Brady won that last Super Bowl (6-2 in the big game), people still swore up and down that Joe Montana was the better quarterback because he was 4-0 in the Super Bowl, fewer appearances… but zero losses. Timelines and record books make for funny comparisons, good bar chatter, entirely opinionated and 100% unproveable. So… let’s fuel the fire.

When I hear comparisons of Jordan’s run (6 championships, 0 Finals losses, 15 seasons) to LeBron’s (3 championships, 9 Finals appearances, 17 seasons), I chalk it up to bias. But I know what I see.

And I know what I didn’t get to see this year. LeBron’s run was halted. I know with all the other drama we’re facing, it’s shallow to even talk about a record book at this current time. But it’s more than that. It’s a part of us we’re never going to get back.

If you remember correctly, when we last left our NBA season, Giannis had gone down to injury, no team in the West other than the Lakers had quite figured it out yet and LeBron, at 35, might have been having his most dominant and complete season ever (25.7 ppg, 7.9 rpg and 10.6 apg… which led the league!). It’s almost as if the LeBron-haters had ordered this virus especially for him. Robbed of an MVP (maybe) and title (likely) when he had perhaps earned it most seems par for the course for a man who, for all his greatness, has still gone relatively underappreciated for all his accomplishments.

The man was actually on a pace to pass Kareem Abdul-Jabbar’s all-time scoring title and yes, if you take Jordan’s retirement time away, he too would have been considerably closer but Jordan did so willingly and not because he was forced to. 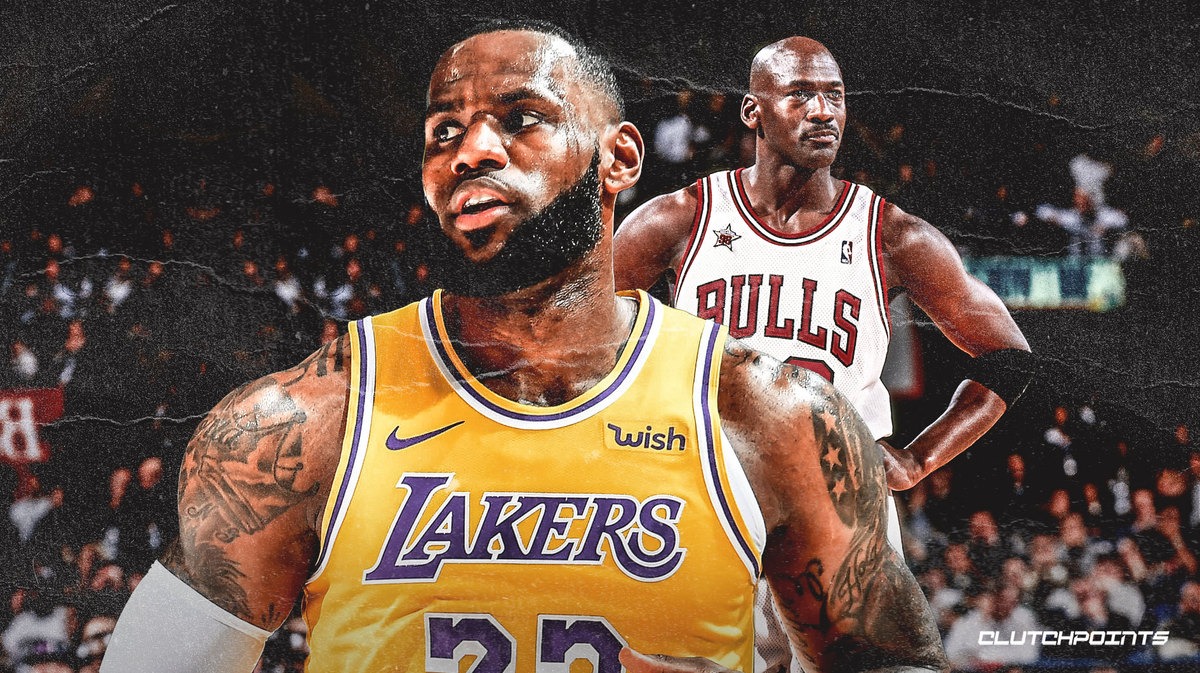 Say what you want, but James not winning a title this year will still be held against him. For those who have championed his cause for years, that’s as deflating as not having any basketball to watch.

I’m not here to convince you that LeBron James was a better overall basketball player than Michael Jordan. I am here to tell you he’s a hell of a lot closer than most of you care to give him credit for.