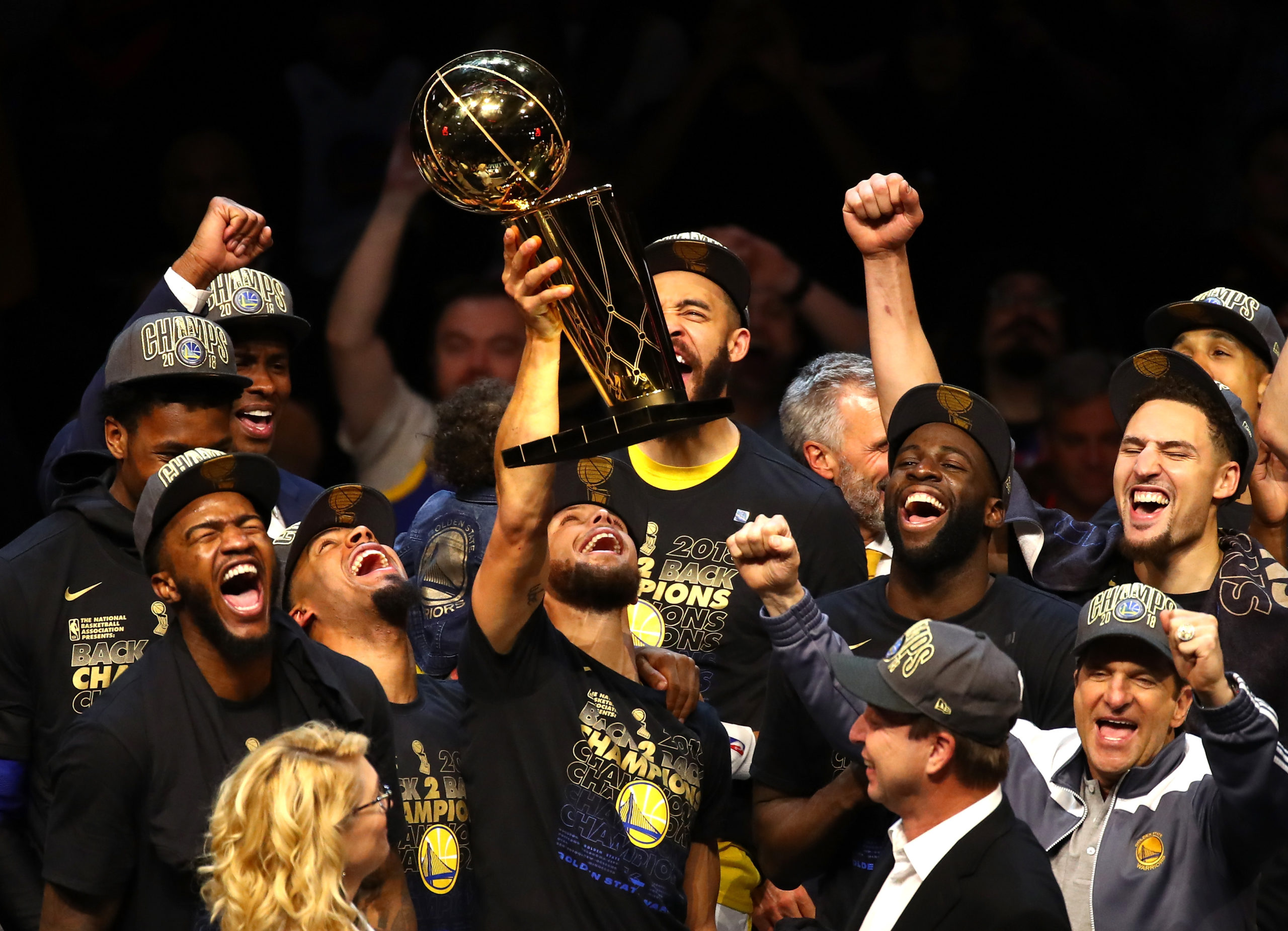 CLEVELAND, OH – JUNE 08: Stephen Curry #30 of the Golden State Warriors celebrates with the Larry O’Brien Trophy after defeating the Cleveland Cavaliers during Game Four of the 2018 NBA Finals at Quicken Loans Arena on June 8, 2018 in Cleveland, Ohio. The Warriors defeated the Cavaliers 108-85 to win the 2018 NBA Finals. NOTE TO USER: User expressly acknowledges and agrees that, by downloading and or using this photograph, User is consenting to the terms and conditions of the Getty Images License Agreement. (Photo by Justin K. Aller/Getty Images)